President Trump signed a new executive order on April 6 titled “Encouraging International Support for the Recovery and Use of Space Resources,” thus allowing commercial companies to mine the moon and not deal with legal issues back on Earth. Future exploration missions to the moon and planets will require partnership with commercial entities to recover and use resources, including water and certain minerals, in outer space. Read more for a video on how mining would work and additional information.

One perk for commercial partnerships with NASA is the possibility to harvest the resources available on spatial bodies, like asteroids and the moon. This executive order aims to clear the path for commercial companies to go all in on Trump’s future space plans. 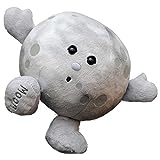 Uncertainty regarding the right to recover and use space resources, including the extension of the right to commercial recovery and use of lunar resources, however, has discouraged some commercial entities from participating in this enterprise,” states the order.