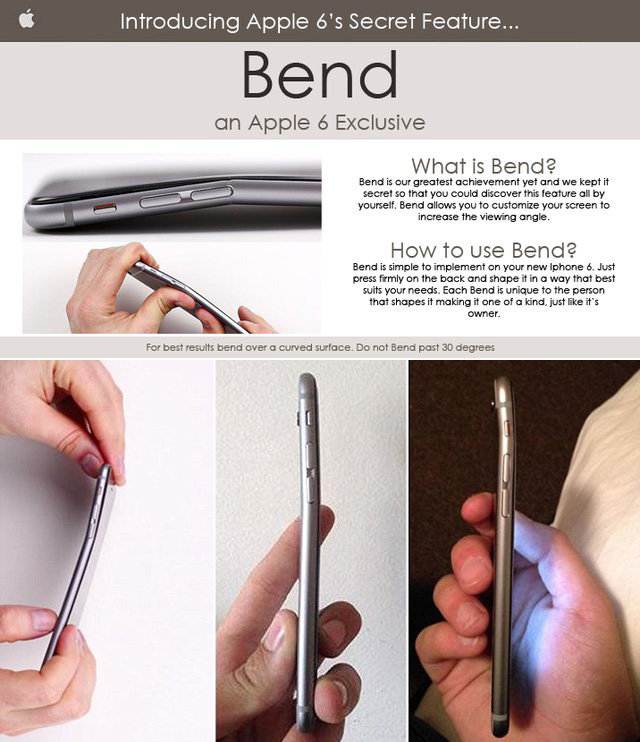 Many iPhone 6 Plus owners have discovered that the phone can bend out of shape simply when stored in a snug front pocket for long periods. Online websites are already calling this ‘bend gate’, due to the phone’s thin aluminum exterior. However, it’s been reported that ‘bend gate’ can be solved by ensuring the middle of the phone is not subjected to a large prolonged force. Continue reading for another bend test video, pitting it up against the HTC One M8, Moto X and more.

Samsung devices are also vulnerable to ‘bend gate’, and the Galaxy S4 in particular was found to bend under pressure, as did Sony’s Xperia Z1. On the bright side, Apple announced on Monday that it sold over 10-million of its ‘bigger than bigger’ model, beating the previous record of 9 million for last year’s iPhone 5S and 5C.

How One Geek Created an Amazing Wall Mural with No Drawing Skills, Just Technology