Astronomers at the European Southern Observatory (ESO) captured the ghost of a massive star that exploded 11,000 years ago in an outburst known as a supernova. When this happens, shock waves move through the surrounding gas, compressing it and creating detailed thread-like structures.

The ESO Panel Observatory’s OmegaCAM at the VLT Survey Telescope (VLT) observed this 554-million-pixel image to provide an extremely detailed view of the Vela supernova remnant, named after the southern constellation Vela (The Sails). For comparison, you could fit nine full Moons in this entire image, yet the entire cloud is even larger. It’s located just 800 light-years away from Earth, making this supernova remnant one of the closest discovered yet. 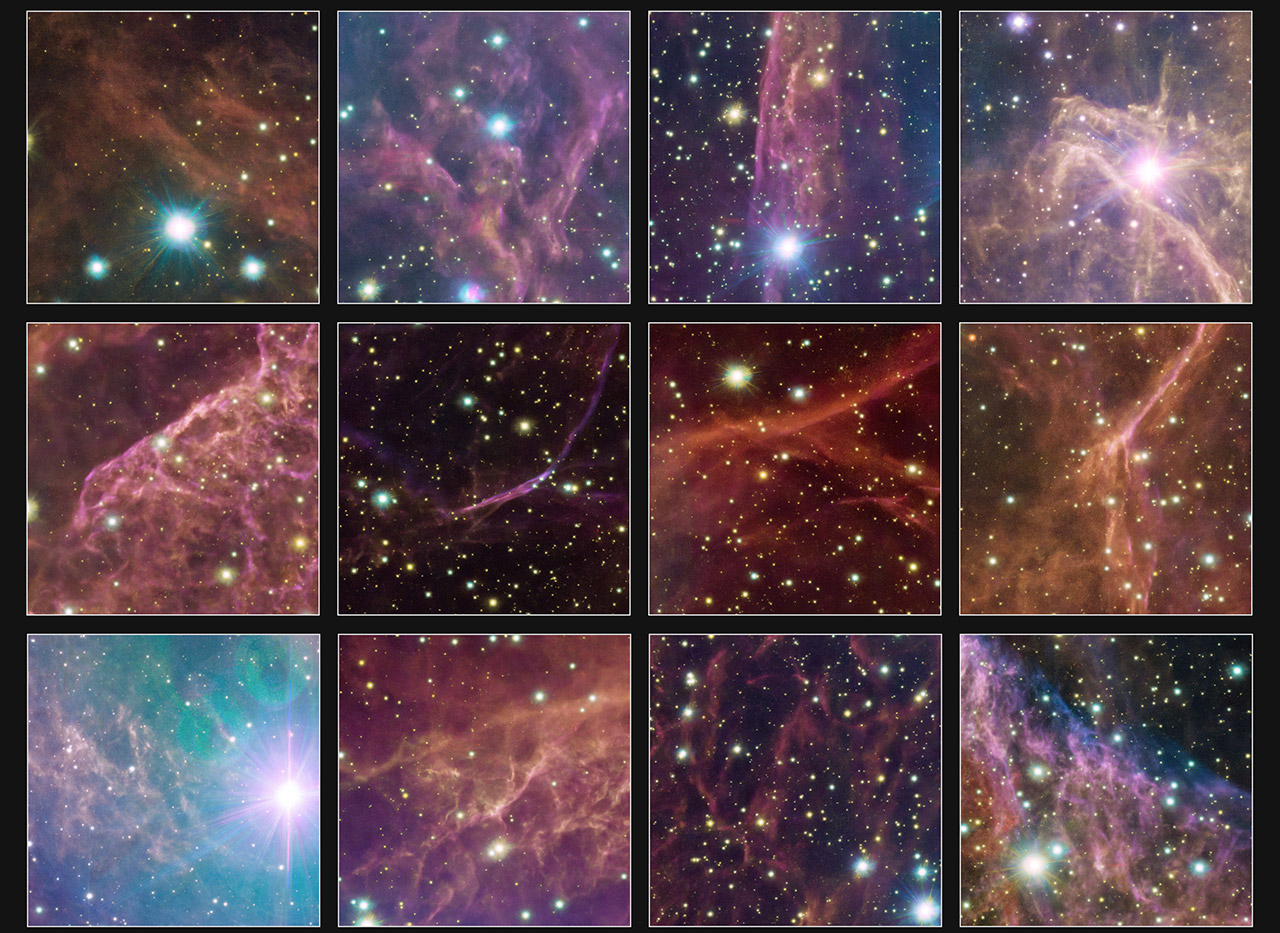 As it exploded, the outermost layers of the progenitor star were ejected into the surrounding gas, producing the spectacular filaments that we observe here. What remains of the star is an ultra-dense ball in which the protons and electrons are forced together into neutrons — a neutron star. The neutron star in the Vela remnant, placed slightly outside of this image to the upper left, happens to be a pulsar that spins on its own axis at an incredible speed of more than 10 times per second,” said the ESO.