One geek decided to visit a tattoo parlor with a Phantom high-speed camera in-hand to record a video showing why getting these body modifications hurt. Technically speaking, the machine’s needles move in an up-and-down motion, carefully pushing the ink just below the surface of the skin. Since damage to your skin is minimal, many people don’t bleed at all. On top of that, the tattooist will also be constantly wiping up your skin to clean off any traces of blood. Continue reading for more interesting facts. 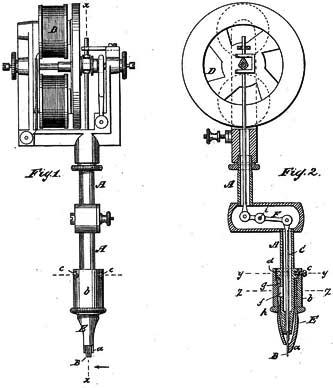 The predecessor to the tattoo machine was the electric pen invented by Thomas Alva Edison and patented under the title Stencil-Pens in Newark, New Jersey, United States in 1876. It was originally intended to be used as a duplicating device, but in 1891, Samuel O’Reilly discovered that Edison’s machine could be modified and used to introduce ink into the skin, and later patented a tube and needle system to provide an ink reservoir. 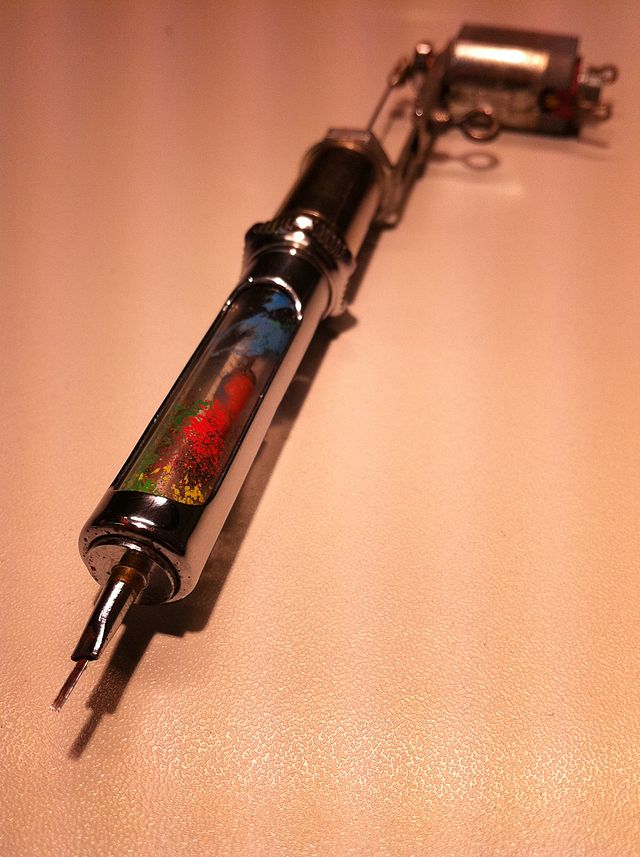 Most modern tattoo machines (like the rotary above) can control needle depth, speed, and force of application, which has allowed tattooing to become a very precise art form. Such advances in precision have also produced a style of facial tattooing that has attained mainstream popularity in America called dermapigmentation, or “permanent cosmetics” creating results such as addition/removal of freckles, beauty spots and scars.

Prison tattooists use just about anything they can get their hands on (legally or illegally), such as CD player motors, springs, pens and soot (among other discovered materials) to create tools and inks for inking fellow inmates. Did you know that in some Russian prisons, they make ink with melted boot heels mixed with urine or blood? The more you know…

When used as a form of cosmetics, tattooing includes permanent makeup and hiding or neutralizing skin discolorations. Permanent makeup is the use of tattoos to enhance eyebrows, lips (liner and/or lipstick), eyes (liner), and even moles, usually with natural colors, as the designs are intended to resemble makeup.

Nixie is Not a Bracelet, Just an Awesome Wrist-Worn Quadcopter Drone with a Built-in Camera