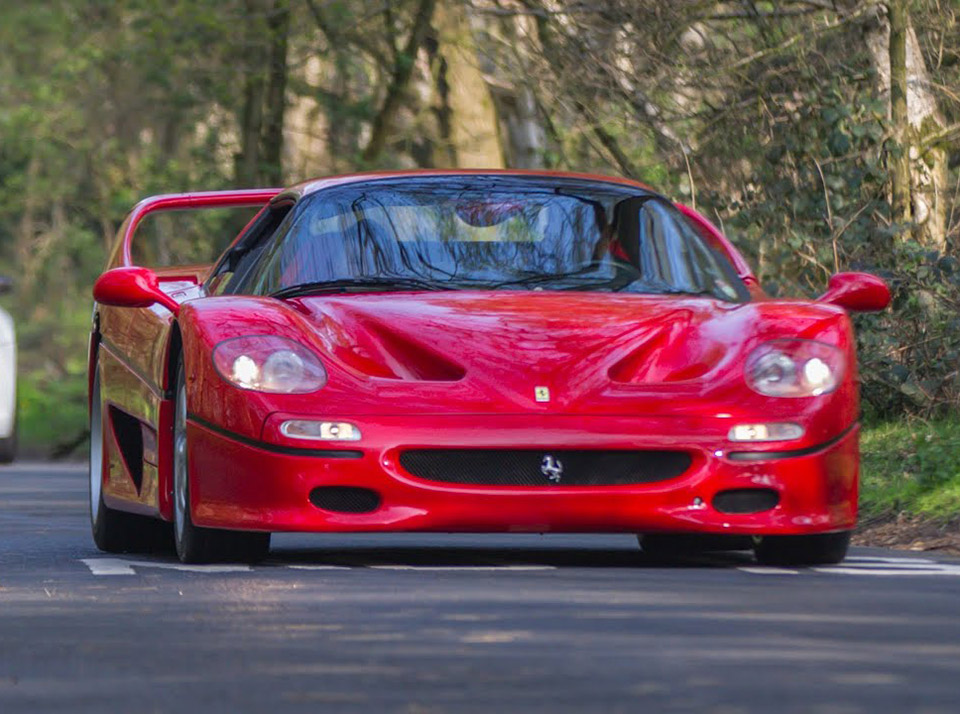 Photo credit: TheSupercarDriver
Ferrari only made 349 examples of the F50, making this mid-engine supercar a timeless classic. First introduced in 1995, this two-door, two seat berlinetta is powered by a naturally aspirated 4.7L Tipo F130B 60-valve V12 engine, derived from the 3.5 L V12 used in the 1990 Ferrari 641 Formula One car, generating 514 hp and 347 lb-ft of torque, mated to a 6-speed manual transmission. Read more for Doug DeMuro’s review of this vehicle.

There was also a Ferrari F50-based F50 GT, developed in collaboration with its racing partners Dallara and Michelotto, to compete in GT1-class racing. Modifications to the base F50 include a fixed roof, a large rear spoiler, new front spoiler, adjustable suspension system, Speedline racing alloy wheels with racing slicks and a large rear diffuser. Plus, the 4.7L V12 engine in the F50 GT was tuned to produce 739 hp at 10,500 rpm. Unfortunately, Ferrari cancelled the F50 GT project due to entry of purpose built racing cars in competition such as the Porsche 911 GT1 and due to lack of funding, instead focusing on F1. Three complete vehicles were built – the test car 001, 002 and 003, but only chassis 002 and 003 had bodies fitted before being sold.