This Final Fantasy VII Remake Buster Sword Digital Clock is unlike any other that you’ve probably seen, as it appears to be just a display piece when not in use, but at the push of a button, the face glows in various colors. What do the colors mean? There are a total of five alarm songs included and the RGB LEDs change depending on which one is played. Aside from the sword and lights, it’s just your standard alarm clock. Read more for a short video and additional information.

For those wondering what songs are included, they are: One-Winged Angel, Fight On, Main Theme, Airbuster Boss Theme, and Aeris/Aerith’s theme. Unfortunately, the Buster Sword Digital Clock will cost you $199.99 USD – you can pre-order here – when it’s released this September. It may sound expensive, but still a far cry from the price tag on this Audi’s Final Fantasy XV R8 supercar. 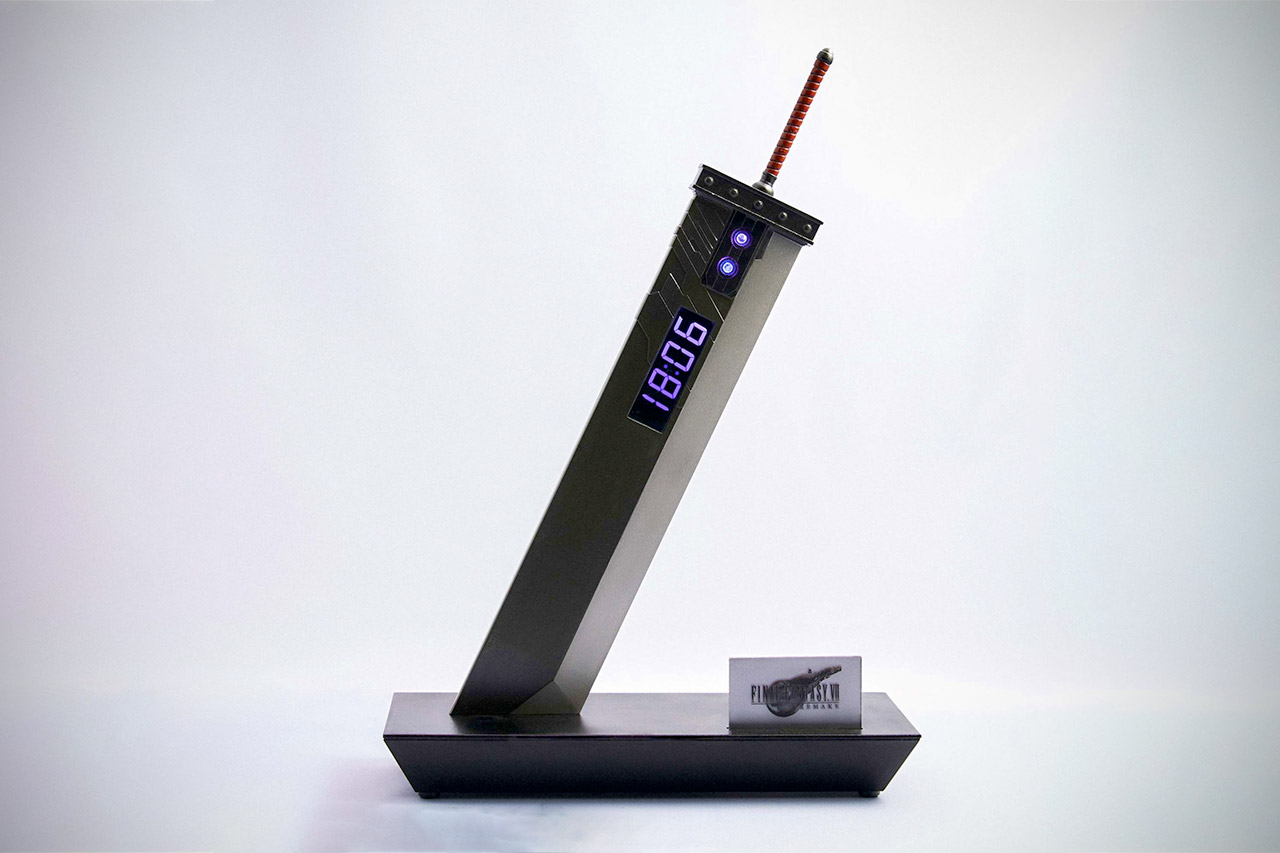