Laurent Nat from Franc exploded into the Guinness World Record books on June 13, 2014 after launching 642 fireworks from his body. He’s always loved fireworks as a child, so it’s only fitting that would end up working with them. Laurent has been a pyrotechnics artist and performer for 10 years, and this intricate costume is made out of 100% cotton, to reduce the risk of fire spreading. Continue reading for more strange (yet real) world records. 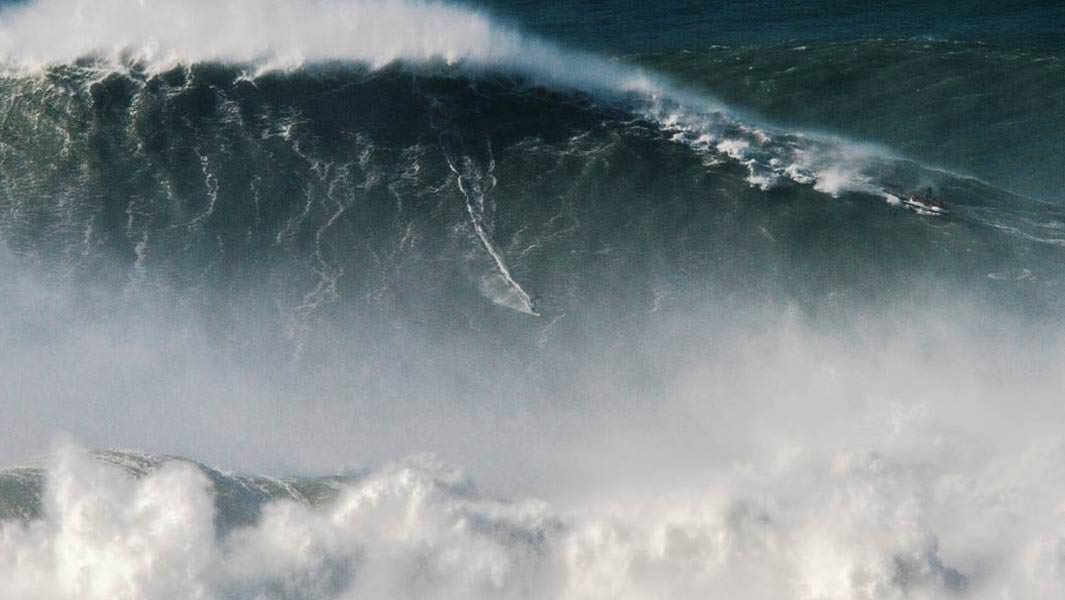 Brazilian surfer Rodrigo Koxa now holds the official Guinness World Records title for the “Largest wave surfed (unlimited),” which measured a towering 24.38 m (80 ft). He rode the wave at Nazare, Portugal, on November 8, 2017 but was awarded the Quiksilver XXL Biggest Wave award by the World Surf League (WSL) at an event in California, US, on Saturday April 28. “I’ve tried to surf big waves all my life and I had a huge experience in 2014 where I almost died at Nazare. Four months later, I had bad dreams, I didn’t travel, I got scared, and my wife helped me psychologically,” said Koxa.

4. Tallest 3D-Printed Sculpture of a Human 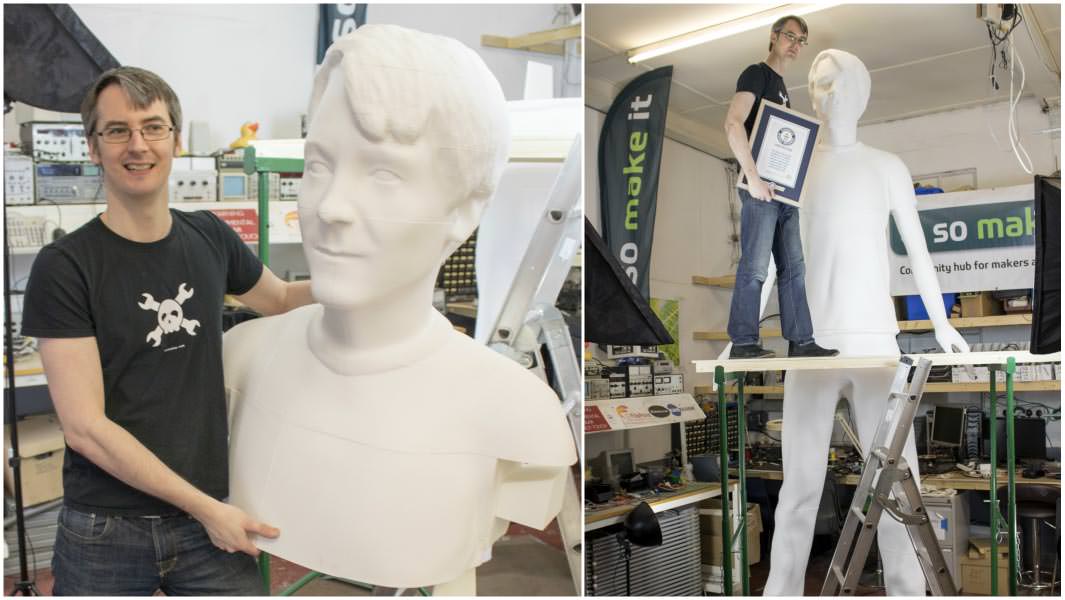 Guinness World Records announces a brand-new record for the Tallest 3D printed sculpture of a human, built by James Bruton, 41, and it stands tall at a whopping 3.62m. He decided to have the sculpture modeled after himself and initially scanned his body using an iPad at Portsmouth University CCI faculty to get the shape and dimensions – they then had a look at his videos on YouTube to fill any gaps and get the proportions correct. Then, a mesh was used to begin the build, with the sculpture built in separate pieces so that it could be stored in James’ home. 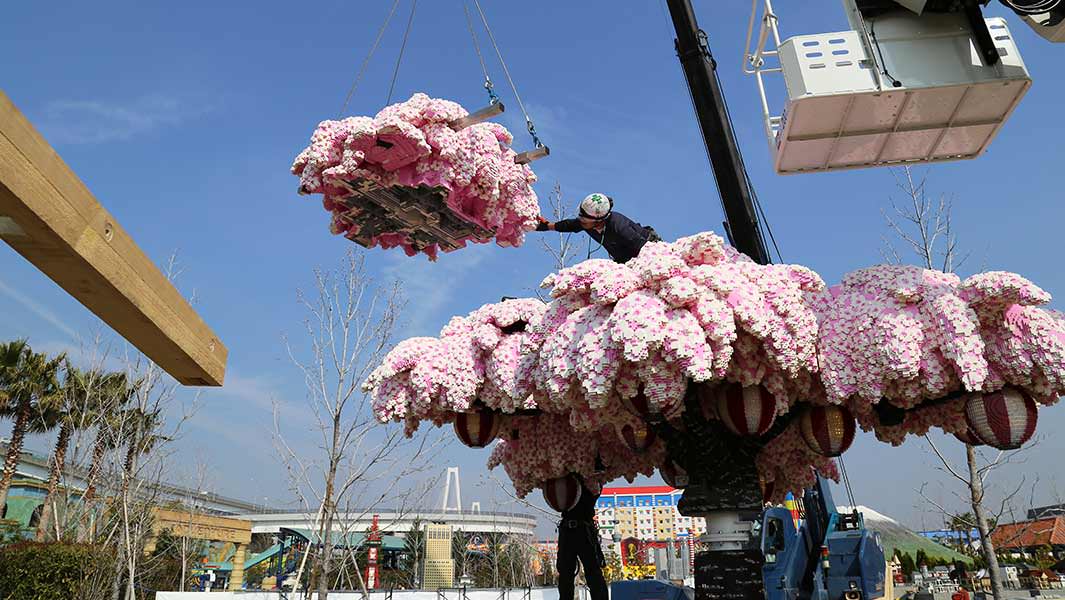 It’s finally springtime in Japan, and what better way to celebrate than with a Guinness World Records title for the “Largest LEGO brick cherry blossom tree (supported”? This record was achieved by the team at LEGOLAND Japan, resulting in a stunning plastic sakura tree measuring at at 4.38 metres tall, 5.42 metres long and 4.93 metres wide using over 800,000 LEGO bricks. 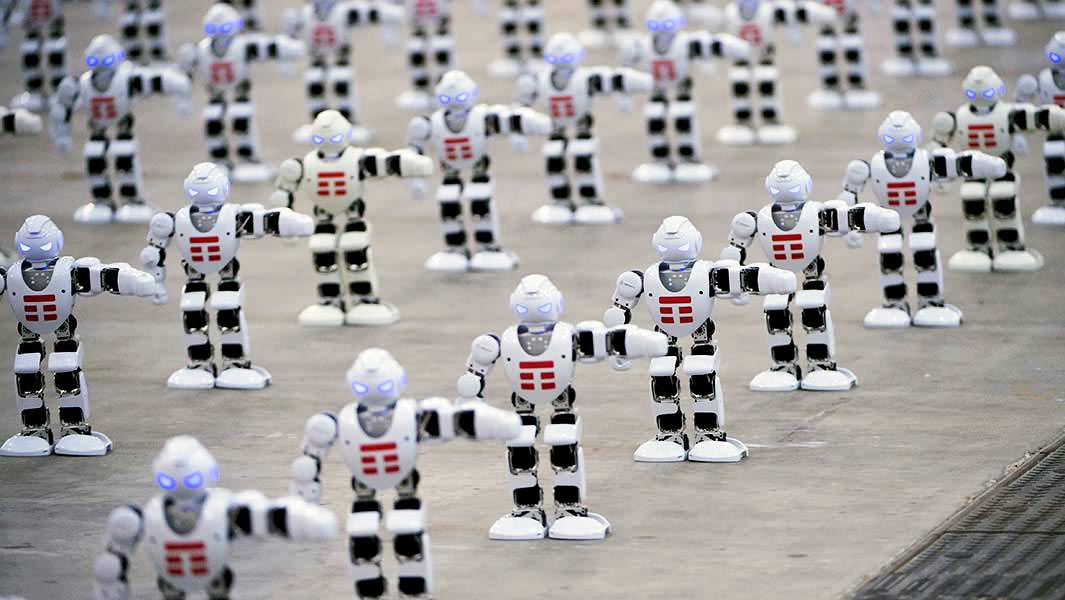 This latest attempt at setting the world’s record for most robots dancing simultaneously was organized by Italy’s TIM S.p.A. in Rome, using the Alpha 1S robot, which stands just under 40 cm (15.7 in) tall and is made of aluminum alloy with a plastic coating. This event was actually filmed for a TV show which is about a group of robots who are determined to learn to dance.

1. Most Paper Aircraft Thrown Into Watermelons in One Minute 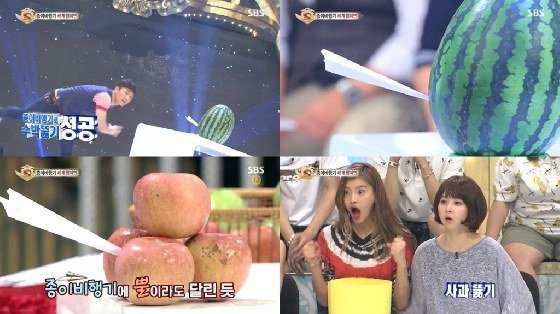 The record for most paper aircraft thrown into watermelons in one minute is 12, and was achieved by Junguk Lee from South Korea on the set of CCTV. Each one of these aircraft that Jungkuk used for this attempt took him around 6 minutes to fold, and he prepared over 50 paper aircraft for the attempt live on a Guinness World Records Special in Beijing, China.