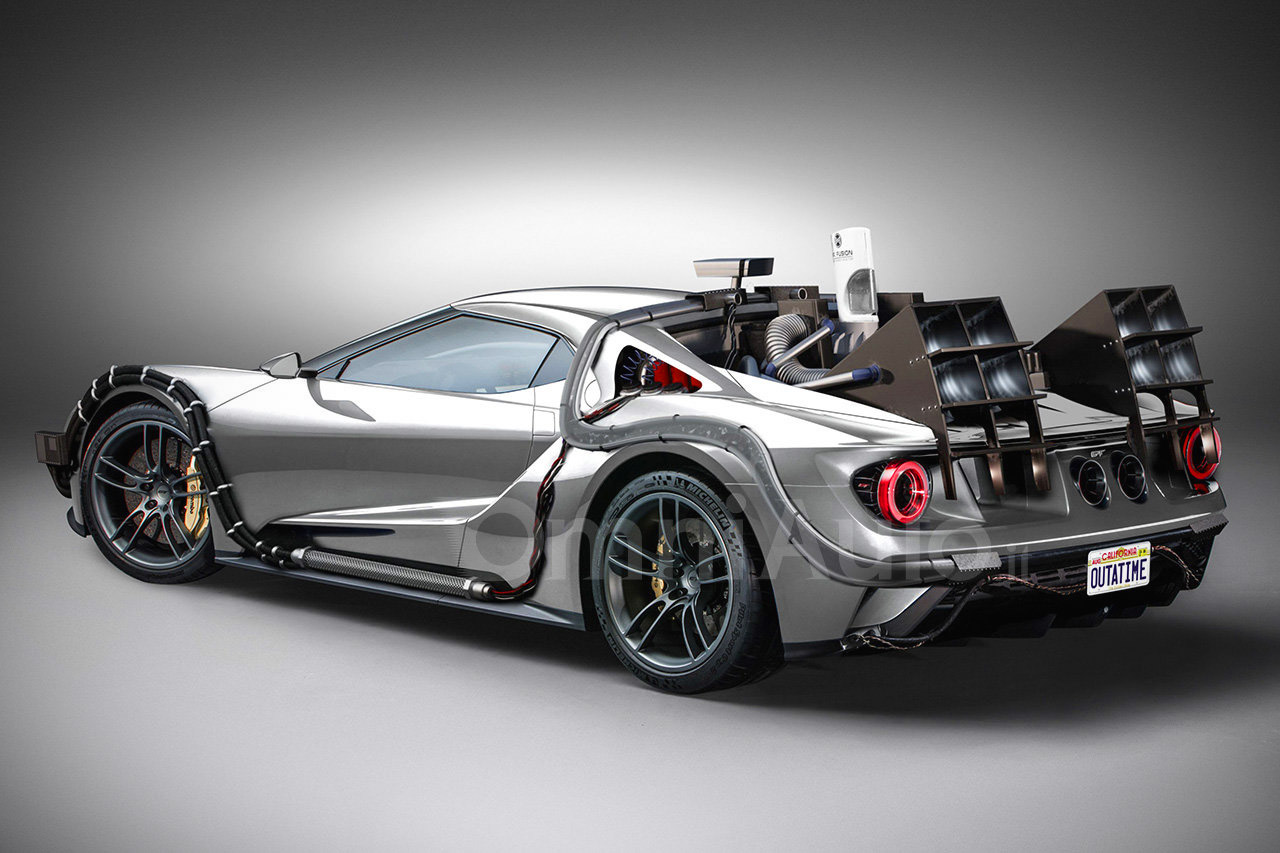 Sure, Back to the Future Day (October 21, 2015), may have come and gone, but the tributes are still rolling in, and the latest is this Ford GT time machine by OmniAuto.it. For those who don’t know much about the Ford Gt, it’s basically a mid-engine two-seater sports car that was produced by Ford for the 2005 through 2006 model years. The designers drew inspiration from Ford’s GT40 racing cars of the 1960s. A completely redesigned Ford GT is planned to enter production in 2016. Continue reading for more pictures of this time machine.

“The OmniAuto.it guys actually did a pretty good job at converting the V6 supercar into a bona fide time machine, including all of the famous DeLorean’s specific elements like the large reactors at the rear, the flux capacitor and the external pipings on the front side panel,” said Auto Evolution.

Celestron PowerSeeker 70AZ Telescope is Great for Astronomy Enthusiasts, Get One for Under $40 Shipped – Today Only

Seagate Expansion 1TB Pocket Hard Drive is Plug and Play, Get One for Under $54 Shipped – Today Only