If Nintendo were to put a modern twist on the Game Boy, it’d probably look like the 1UP, by German designer Florian Renner. Think of it as a cross between a Game Boy Advance and Wii U. The portable console itself would be constructed from injection-molded plastic reinforced with natural fiber, complete with game cartridge slot. Continue reading for a picture of the Fallout 4 version. 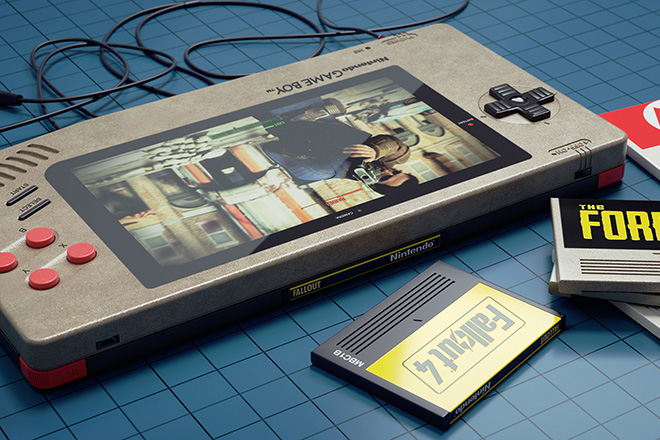 “The device was crafted from natural fiber reinforced plastic. It’s unlikely that this concept would be put into production any time soon, especially given the fact that Nintendo appears to be dedicated to bringing the original Game Boy games to their Virtual Console. Still, it’s a fun exercise in design, and now we’re already re-imagining other consoles in our heads,” according to Hi Consumption.

Pepsi P1 Smartphone is Not a Joke, Here’s a First Look, Octa-Core CPU and All