Alvin Lau (a Crusader) and Alexis Loo (a Demon Hunter) were playing Diablo III when they first started chatting, and eventually, their virtual online friendship became a reality., The two married last year, and decided upon a geeky Diablo-themed cosplay photo shoot, complete with costumes and props. Mezame took care of photography, while the Neo Tokyo Project created the weapons and props.Continue reading for more pictures. 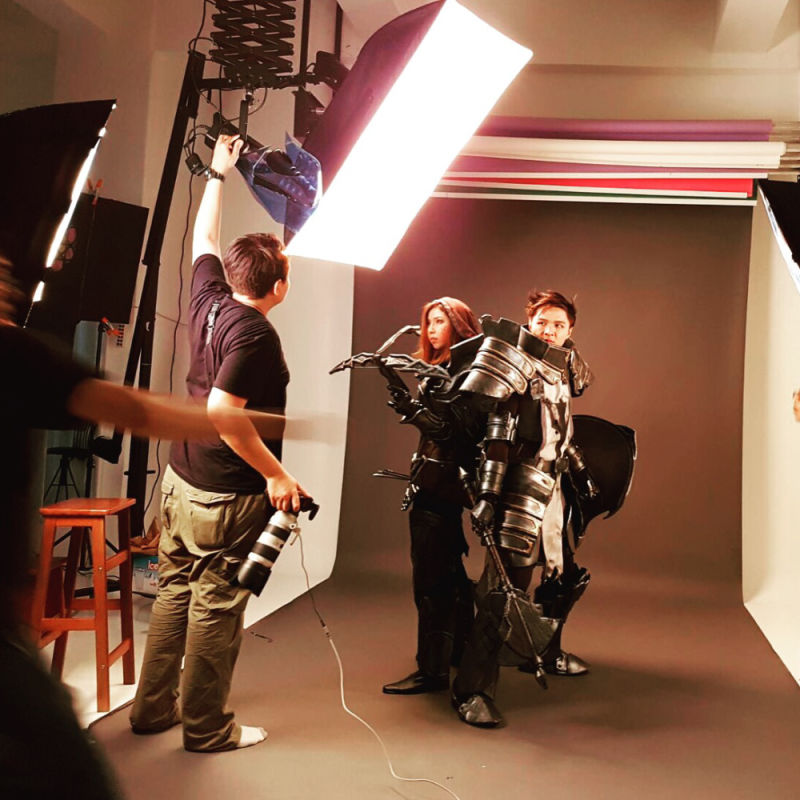 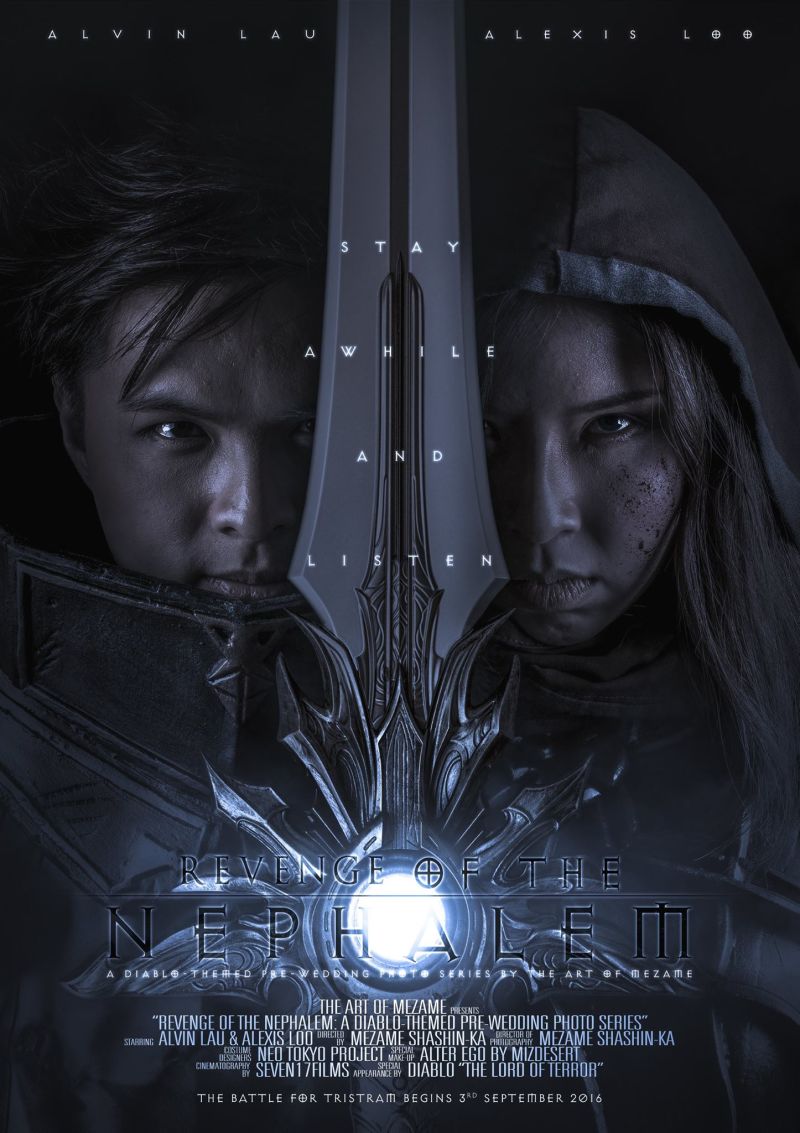 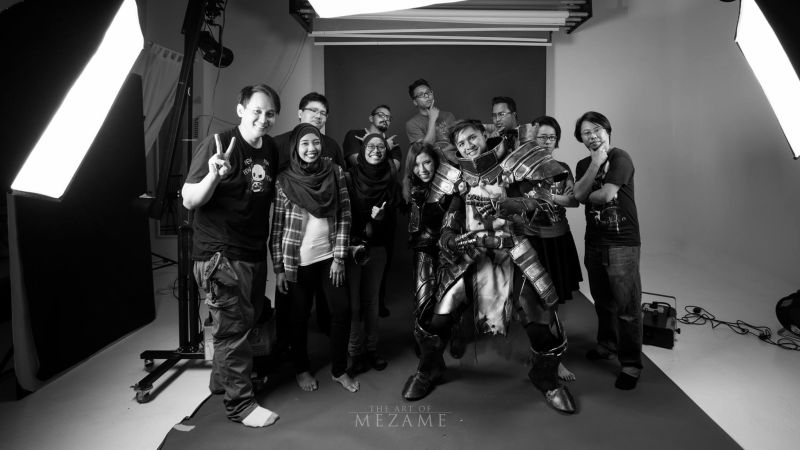 “Because the couple are from Singapore, getting a proper Diablo-themed shoot was a lot harder than it would be for someone living in a place where classic European ruins and cemeteries are more common. So Mezame shot the pair in front of a green screen, then got creative with some locations like a church and dropped them in later,” reports Kotaku.