Gateway 2000 was best known for shipping their computers in spotted boxes patterned after Holstein cow markings. Eventually, Gateway opened a chain of farm-styled retail stores called Gateway Country Stores, mostly in suburban areas across the United States, subsequently dropping “2000” from its name on October 31, 1998. The rest was history, literally, but now, the brand is making a comeback. Available exclusively at Walmart, this updated line of Gateway-branded laptops and tablets aim to combine style, performance, as well as value. Read more for two videos about the classic Gateway computers and additional information.

Some of the new offerings include traditional laptops, 2-in-1 devices, the Ultra Slim series and the Creators series. To keep costs low, the laptops will be powered by both Intel processors and AMD Ryzen Mobile Processors with Radeon Graphics, running Microsoft Windws 10 Home. The higher-end Creators Series laptops sports displays that are Tuned by THX to ensure brighter contrast with more vibrant screen colors and THX Spatial Audio to deliver an authentic 7.1 surround experience. 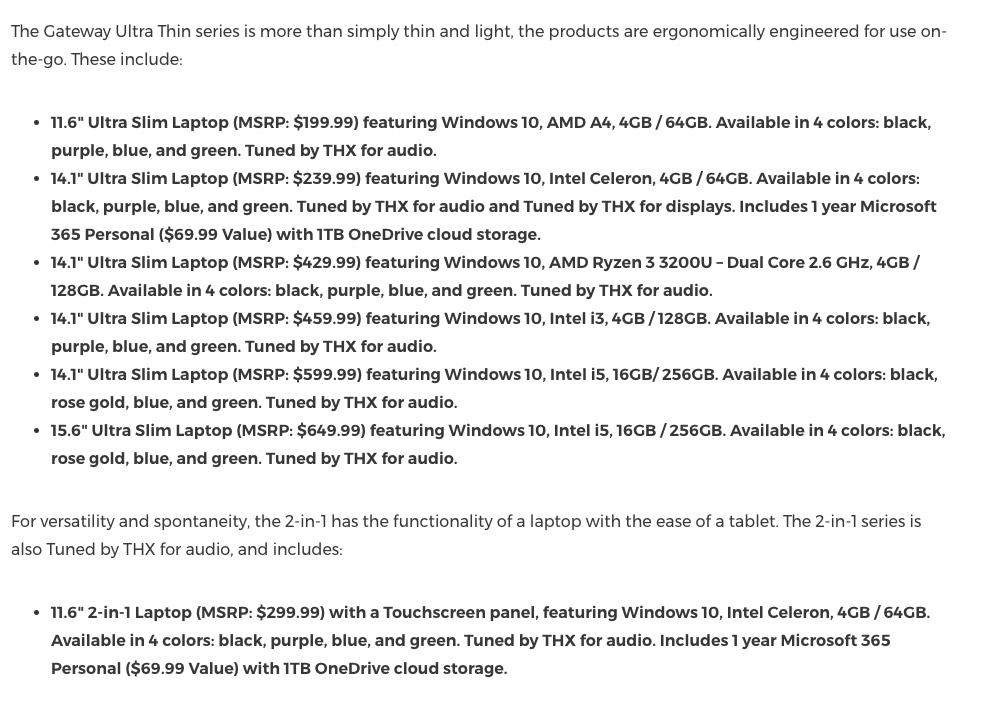 The Gateway PC brand and its renowned cow-spotted boxes have been well-loved in the United States since 1985. Acer is thrilled that Walmart is becoming the exclusive provider of Gateway-branded notebooks and tablets. We are pleased that customers in the United States and Puerto Rico will have the opportunity to enjoy the beloved Gateway brand again through one of the world’s top retailers,” said Jade Zhou, head of global strategic alliances for Acer, which owns the Gateway brand.