Did you know that the very first Google Doodle way back in 1998 paid tribute to the annual Burning Man event in Black Rock City, Nevada? That’s right, and even more surprising, it was designed by co-founders Larry Page and Sergey Brin themselves to notify users of their absence in case the servers crashed. For Independence Day on July 4, 2019, Google turned its logo into an interactive game of backyard barbecue baseball. You can play as H-Dog, Power Pop, Wild Slice and the Cobbra. Read more for a video of it in-action, additional information and a link to the game. 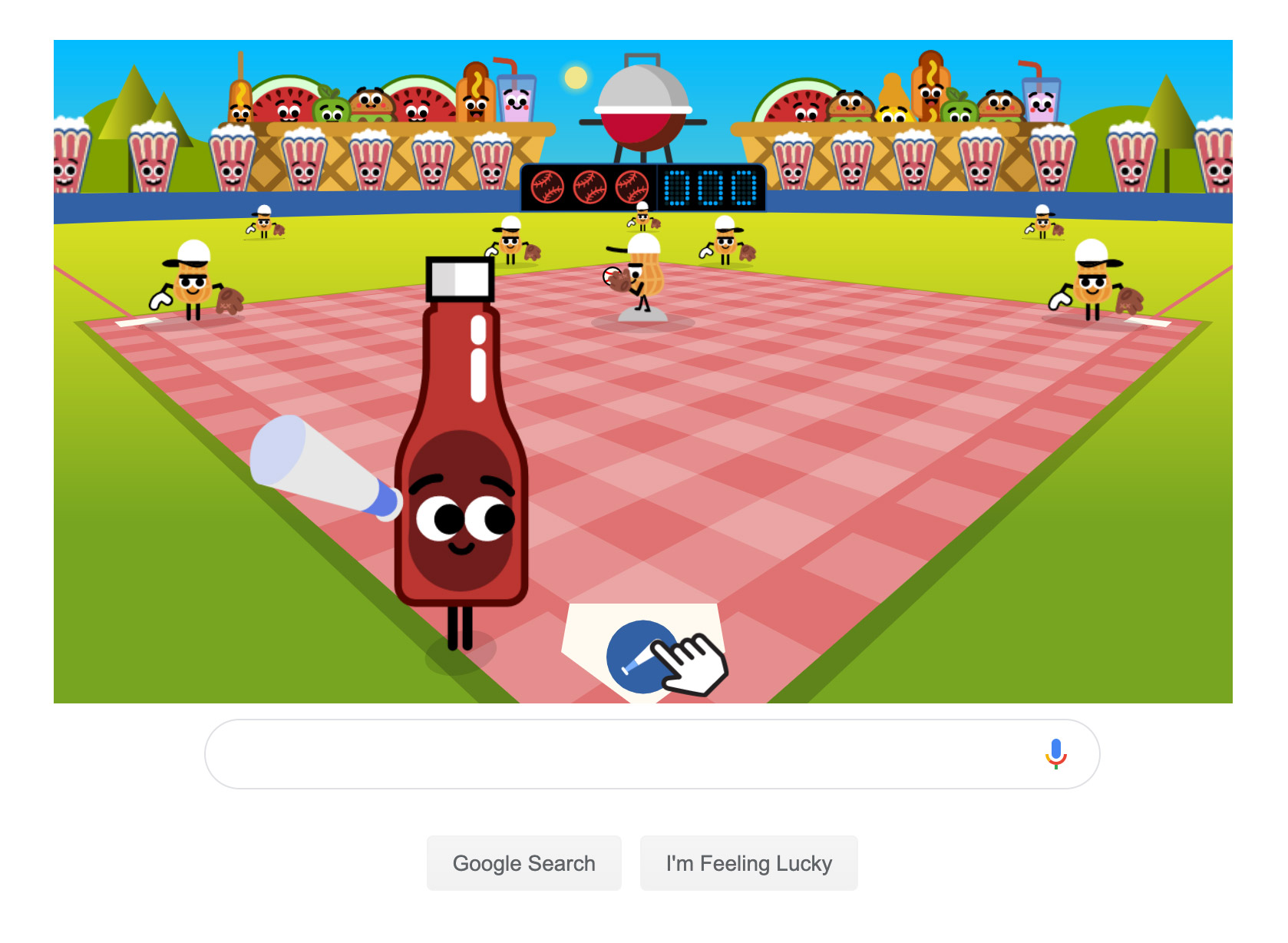 Check it out here.
Google Doodles were neither animated nor hyperlinked initially, but rather simple images with hover text describing the subject or expressing a holiday greeting. They began appearing more frequently and in complexity starting in the 2010s, and the first animated Doodle honored in January 2010 honored Sir Isaac Newton. The very first interactive Doodle appeared shortly thereafter in the same year celebrating Pac-Man on May 21, 2010.

Breathtaking Photos and Videos Emerge of the Solar Eclipse of July 2, 2019 in Chile