Austin Mittelstadt managed to capture a glimpse of the upcoming GoPro Hero 7 camera, which is set to be officially unveiled later this month. No technical specifications have been announced, but from the display we can see that it will come in three different models: white, silver, and black. Other features include: image stabilization and waterproofing up to a depth of 33 feet. Continue reading for two more pictures and additional information. 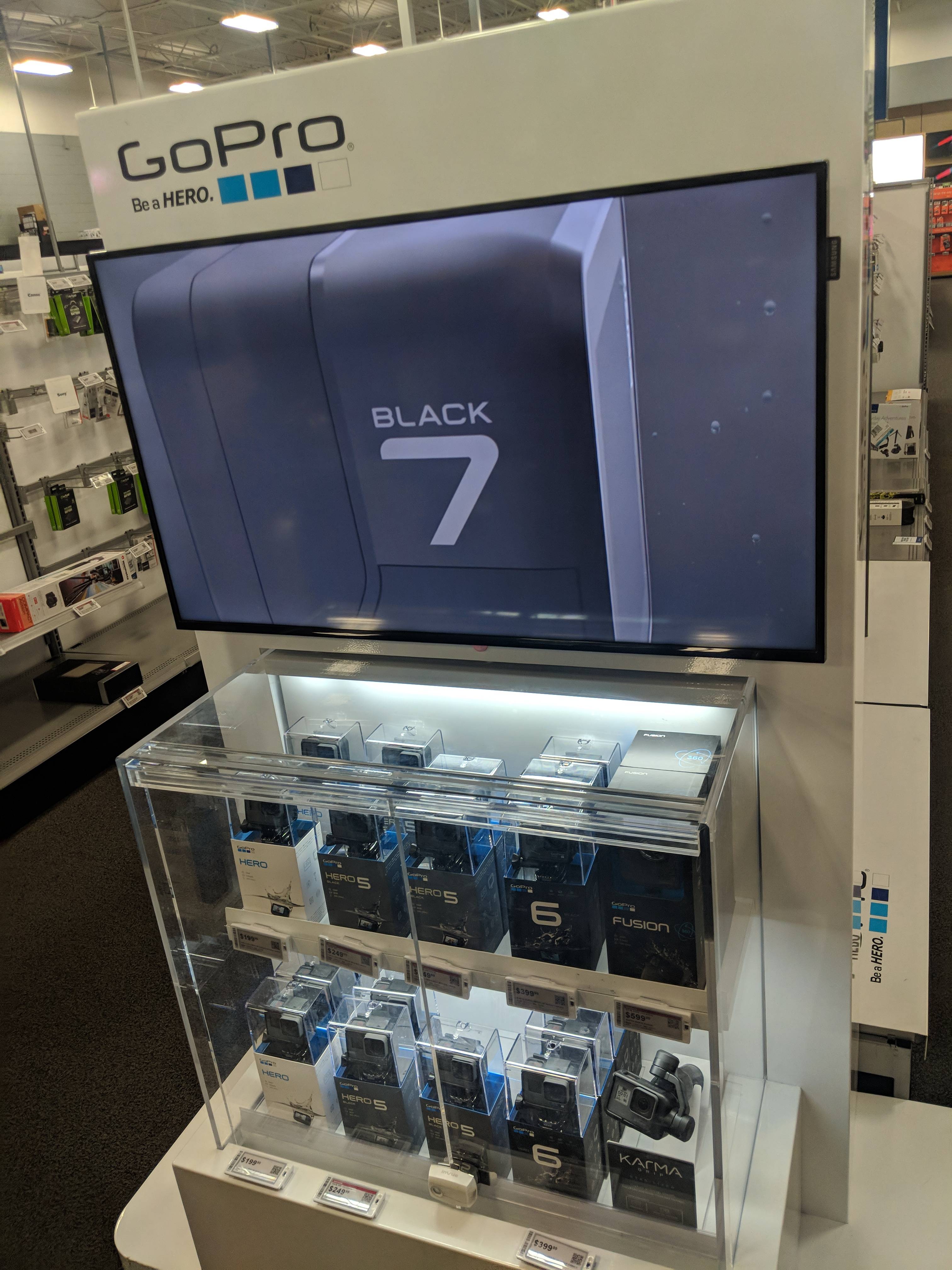 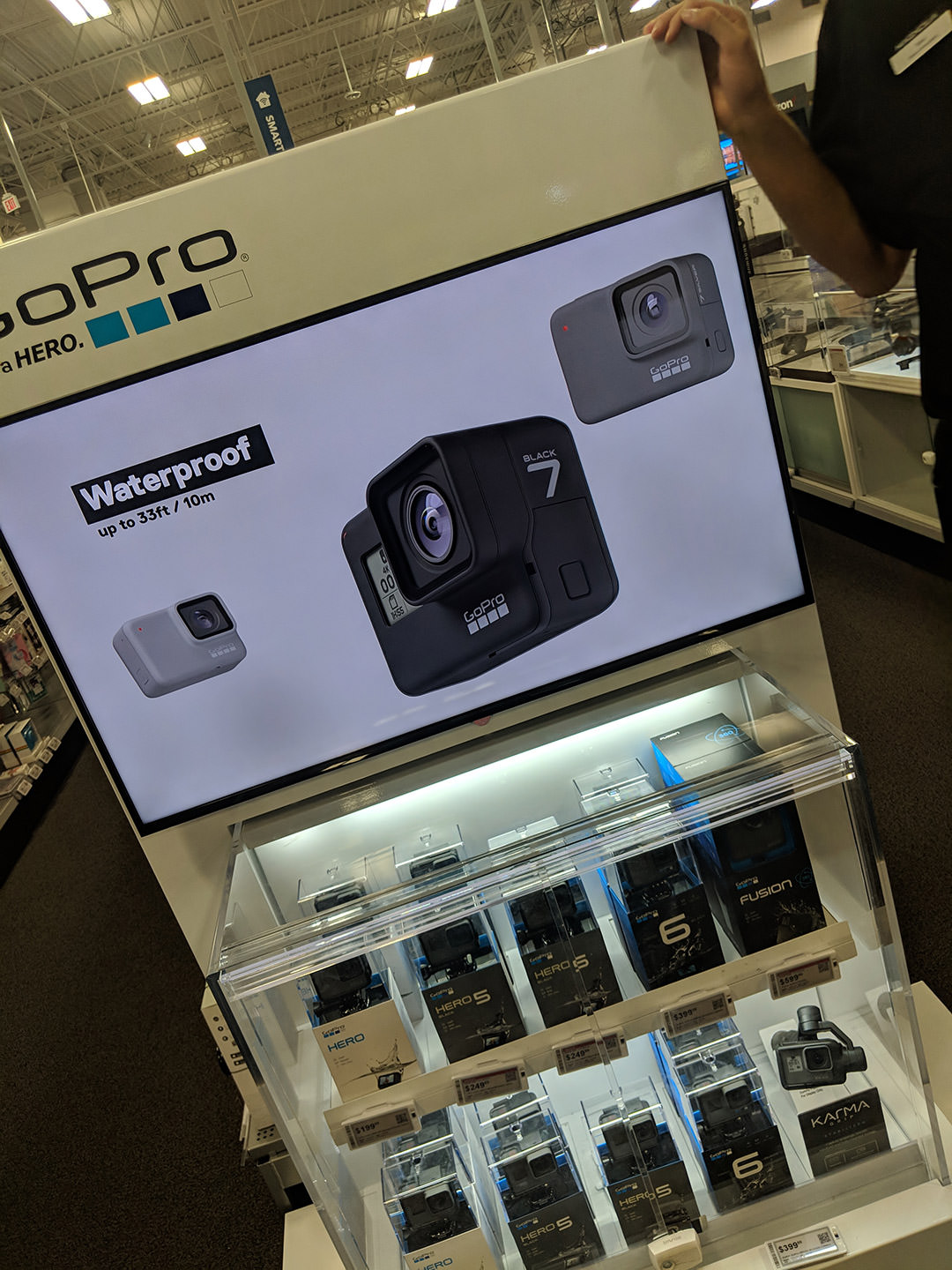 “GoPro has had a rough couple of years. It slashed its camera lineup to three models in the spring of 2016, in an effort to focus its lineup and cut costs, launched a 360-degree camera called Fusion and the Hero 6 camera last year, which bumped up the specs from prior models. It also got out of the drone business this past spring. Those efforts to slim down a bit appear to have succeeded: the company had a profitable quarter last year,” according to The Verge.