Wen Hsu, a 58-year old from Jilin city, China, didn’t want to move out of his apartment, which was recently purchased by a construction company, due to an unfair buyout offer. So, to ensure that the pipes in his building wouldn’t freeze during the colder months, he left hot water running for the entirety of winter. Continue reading for one more picture and additional information. 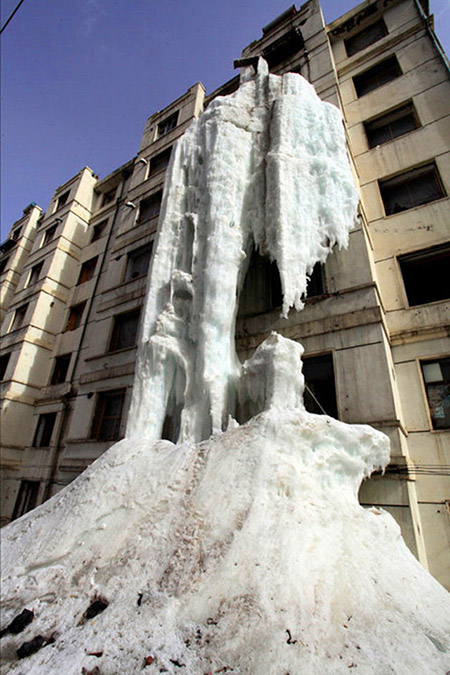 The water running into the pipe is from underground where it is above freezing and that is stopping the water pipes in my house from freezing. If that had happened I really would have had to move out. They want me to move but what they were offering was not enough for me to get another place so I’m refusing to leave.

24 Cool and Creative Ideas, Products for Your Home

This is What the World’s Largest LAN Party Looks Like