Being away from loved ones can get you down, but the HB Ring just might help in that department. Simply put, it enables the wearers to send and receive the rhythm of their heartbeats in real-time through the rings themselves. Just download the companion app, pair it with the ring, add your loved one’s profile, and whenever you tap the ring, you’ll be able to feel the other person’s heartbeat. Available in stainless steel, rose gold, or a molded block of sapphire crystal models, each one consists of over 100 components. Continue reading for five more bizarre gadgets that actually exist. 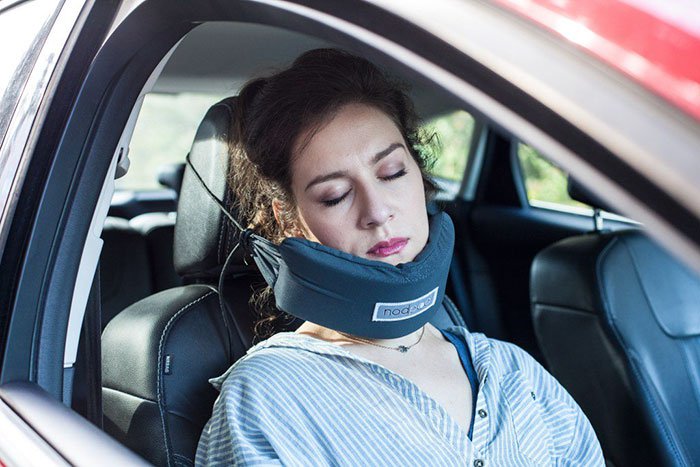 Kentucky-based designer Paula Blankenship was tired of travel pillows, so she decided to invent the “NodPod”. After countless prototypes, she came up with a miniature hammock that sits right underneath your chin, attaching to the headrest of a plane, train or automobile with Velcro. “The reason it’s hard to rest or sleep while traveling is because you can’t keep your head, neck and back perpendicular and at a 90-degree angle similar to how you sleep in bed at night,” said Blankenship. 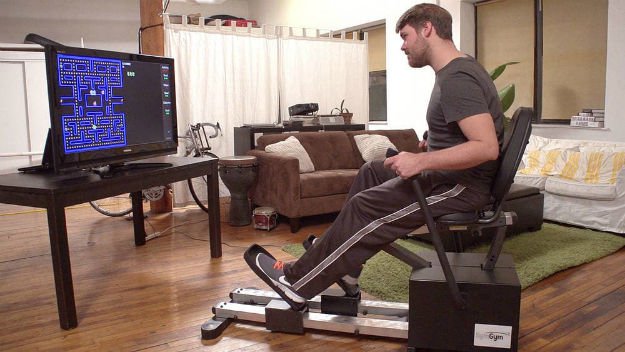 Combining gaming with exercise, the SymGym is touted as “a resistance-based game controller and gaming platform” that automatically adjusts the level of resistance according to the gameplay intensity. Instead of buttons, you use levers and pedals to play the games. One example is when walking uphill in a video game, pushing the pedals is going to be significantly tougher than when walking on flat roads. 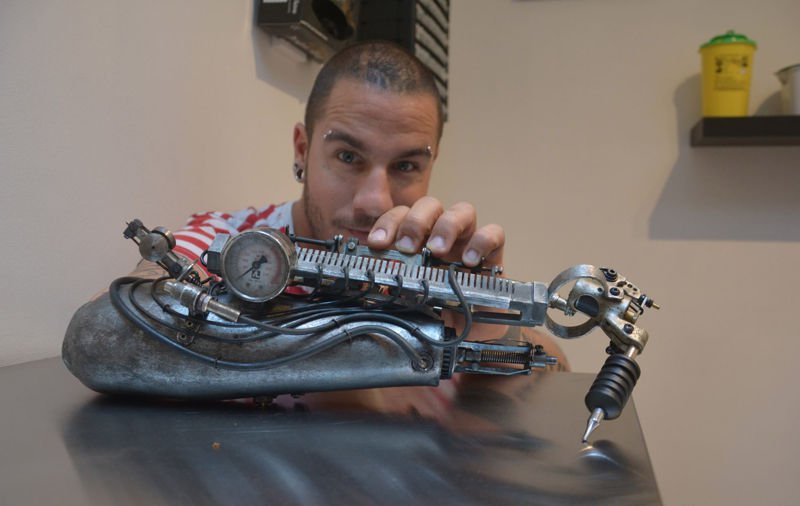 While French tattoo artist JC Sheitan Tenet lost his right hand 22-years ago, he wanted to make the best of things after seeing the work of artist Jean Louis Gonzales, known for his Steampunk-inspired mechanized taxidermies. After meeting Gonzal at various tattoo conventions, the first prototypes became a reality. “Tenet wanted to draw tattoos with an arm that he’d never used for that before, and I thought it was a great idea to mechanize a prosthetic. The aim was to fix the tattoo machine to an aesthetic version of his prosthetic arm,” Gonzal told VICE Motherboard.

Mercedes-Benz’s Viano Marco Polo Looks Like a Normal Van, But Step Inside? It’s a Mini Home on Wheels