This isn’t a toy plane, just the McDonnell XF-85 Goblin, an American prototype fighter aircraft conceived during World War II by McDonnell Aircraft. It was intended to be deployed from the bomb bay of the giant Convair B-36 bomber as a parasite fighter. The XF-85’s intended role was to defend bombers from hostile interceptors, a need demonstrated during World War II. Two prototypes were constructed before the program was terminated. Continue reading for more cool facts.

5. Built Due to USAF Requirement 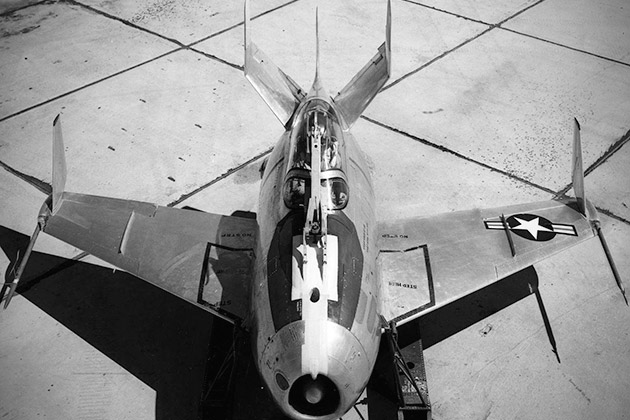 The XF-85 was a response to a United States Army Air Forces (USAAF) requirement for a fighter to be carried within the Northrop XB-35 and B-36, then under development. 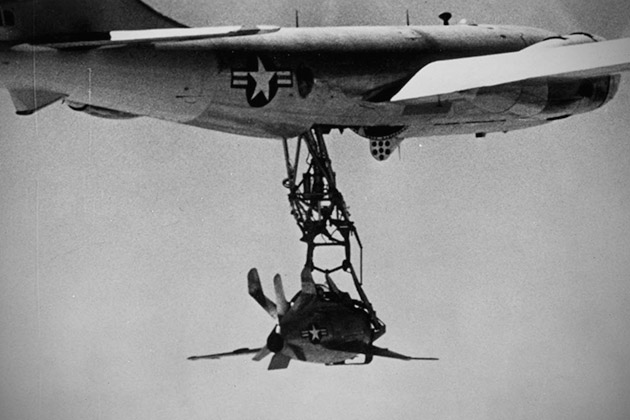 The XF-85 was a diminutive jet aircraft featuring a distinctive egg-shaped fuselage and a forked-tail stabilizer design. The prototypes were built and underwent testing and evaluation in 1948. 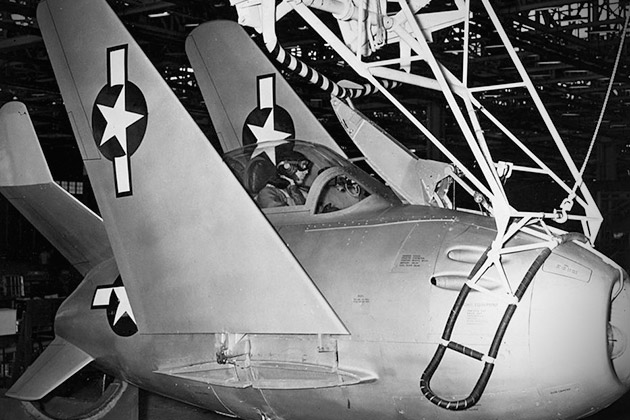 During wind tunnel testing at Moffett Field, California, the first prototype XF-85 was accidentally dropped from a crane at a height of 40 ft (12 m), causing substantial damage to the forward fuselage, air intake and lower fuselage. The second prototype had to be substituted for the remainder of the wind tunnel tests and the initial flight tests. 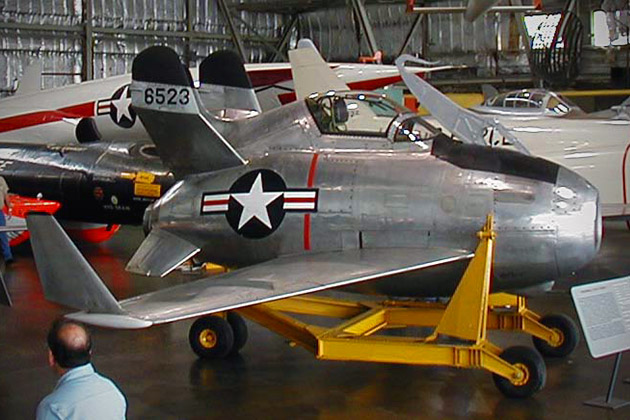 While in flight, the Goblin was stable, easy to fly, and recoverable from spins, although initial estimates of a 648 mph (1,043 km/h) top speed proved optimistic. The first test flights revealed that turbulence during approach to the B-29 was significant, leading to the addition of upper and lower fins at the extreme rear fuselage, as well as two wingtip fins to compensate for the increased directional instability in docking.

Two main reasons contributed to the cancellation. The XF-85’s deficiencies revealed in flight testing included a lackluster performance in relation to contemporary jet fighters, and the high demands on pilot skill experienced during docking revealed a critical shortcoming that was never fully corrected.