Lockheed Martin’s F-35C carrier variant (CV) is the US Navy’s first stealth fighter, and the world’s only 5th-Generation, long-range stealth strike fighter built explicitly for carrier operations. This aircraft combines the unique capability of operating from a carrier deck with the unmatched capabilities of stealth, fused sensors and reliability, making it the Navy’s future first-day-of-the-war strike fighter. Continue reading for more cool facts. 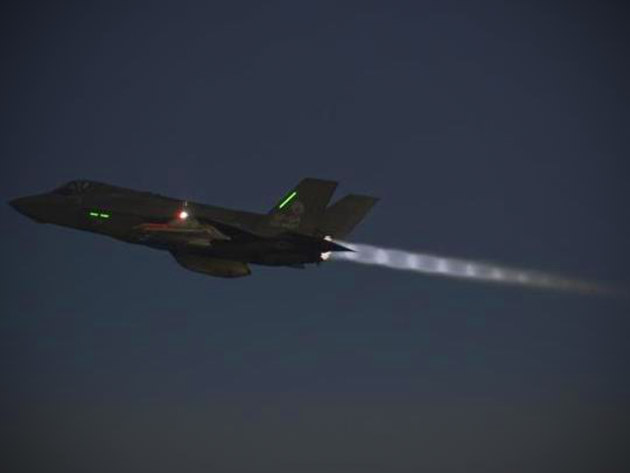 The F-35C variant has larger wings and more robust landing gear than the other variants, making it suitable for catapult launches and fly-in arrestments aboard naval aircraft carriers. Its wingtips also fold to allow for more room on the carrier’s deck while deployed. 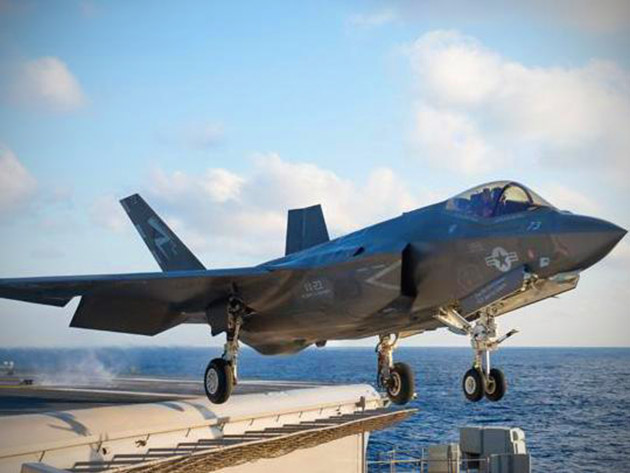 The F-35C also has the greatest internal fuel capacity of the three F-35 variants. The F-35C carries nearly 20,000 pounds of internal fuel for longer range and better persistence than any other fighter in a combat configuration. 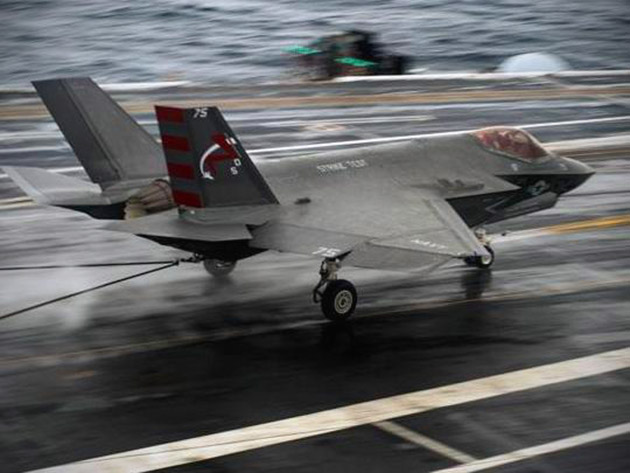 The United States Navy intends to buy 480 F-35Cs to replace the F/A-18A, B, C, and D Hornets and complement the Super Hornet fleet. The larger wing area allows for decreased landing speed while increasing both range and payload.

The F-35 has been designed to have a low radar cross-section primarily due to the shape of the aircraft and the use of stealthy radar-absorbent materials in its construction, including fiber-mat. Unlike the previous generation of fighters, the F-35 was designed for very-low-observable characteristics. Besides radar stealth measures, the F-35 incorporates infrared signature and visual signature reduction measures.

The F-35 features a full-panel-width glass cockpit touchscreen “panoramic cockpit display” (PCD), with dimensions of 20 by 8 inches (50 by 20 centimeters). A cockpit speech-recognition system (DVI) provided by Adacel has been adopted on the F-35 and the aircraft will be the first operational U.S. fixed-wing aircraft to employ this DVI system, although similar systems have been used on the AV-8B Harrier II and trialled in previous aircraft, such as the F-16 VISTA.

SLJ900/32 is the Massive 580-Ton Machine They Use to Build Bridges, These Videos Show How