The Door to Hell may sound like a horror movie, but it’s actually a natural gas field in Derweze, Turkmenistan, that collapsed into an underground cavern in 1971, becoming a natural gas crater. Geologists set it on fire to prevent the spread of deadly methane gas, and it has been burning continuously since then. The diameter of the crater is 69 m, and its depth is 30 m. Continue reading for more fascinating facts.

5. Size of a Football Field

The crater is a popular tourist attraction. In the past five years 50,000 tourists have visited the site. The gas crater has a total area of 5,350 m2, the size of an American football field. The surrounding area is also popular for wild desert camping.

4. Largest Gas Reserve in the World 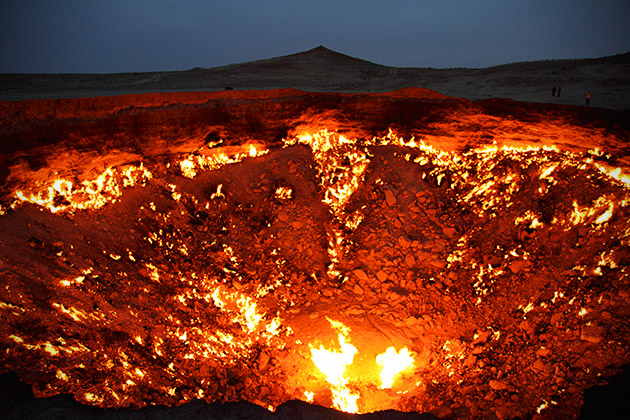 The gas crater is located near the Derweze village. It is in the middle of the Karakum Desert, about 260 kilometres (160 mi) north of Ashgabat, the capital of Turkmenistan. The gas reserve found here is one of the largest in the world. 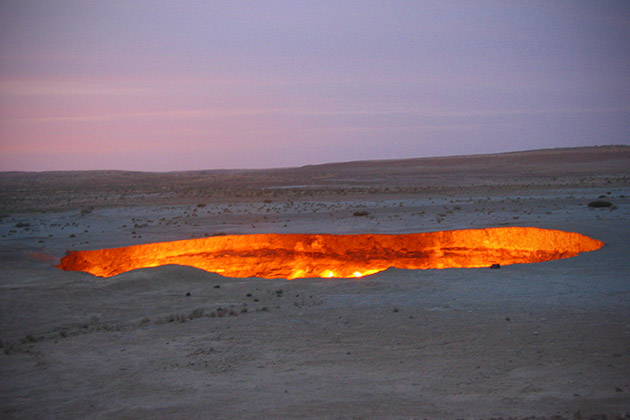 The name “Door to Hell” was given to the field by the locals, referring to the fire, boiling mud, and orange flames in the large crater, which has a diameter of 70 metres (230 ft). 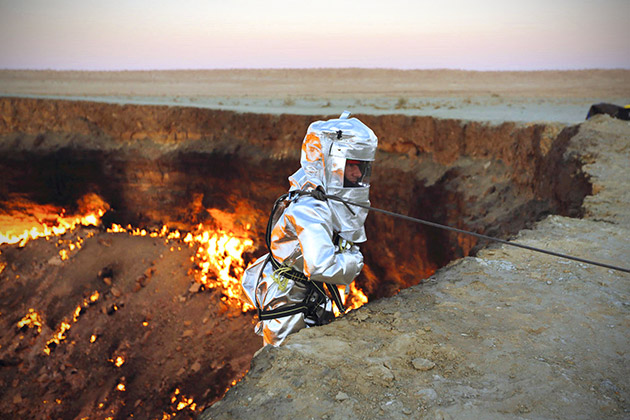 The site was identified by Soviet engineers in 1971. It was originally thought to be a substantial oil field site. The engineers set up a drilling rig and camp nearby, and started drilling operations to assess the quantity of oil available at the site. When they instead found gas, the ground beneath the drilling rig and camp collapsed into a wide crater and disappeared.

1. Gas was Expected to Burn for Only a Few Weeks

Expecting dangerous releases of poisonous gases from the cavern into nearby towns, the engineers thought it best to burn the gas off. It was estimated that the gas would burn out within a few weeks, but it has instead continued to burn for more than four decades since it was set on fire.