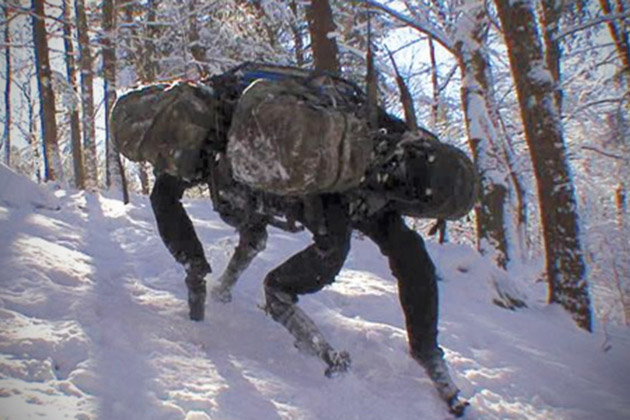 BigDog is funded by the Defense Advanced Research Projects Agency (DARPA) in the hopes that it will be able to serve as a robotic pack mule to accompany soldiers in terrain too rough for conventional vehicles. Instead of wheels or treads, BigDog uses four legs for movement, allowing it to move across surfaces that would defeat wheels. The legs contain a variety of sensors, including joint position and ground contact. BigDog also features a laser gyroscope and a stereo vision system. 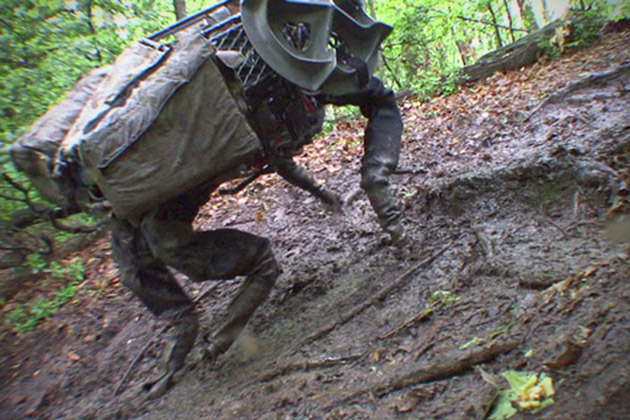 Approximately 50 sensors are located on BigDog. These measure the attitude and acceleration of the body, motion and force of joint actuators as well as engine speed, temperature and hydraulic pressure inside the robot’s internal engine. Low-level control, such as position and force of the joints, and high-level control such as velocity and altitude during locomotion, are both controlled through the onboard computer. 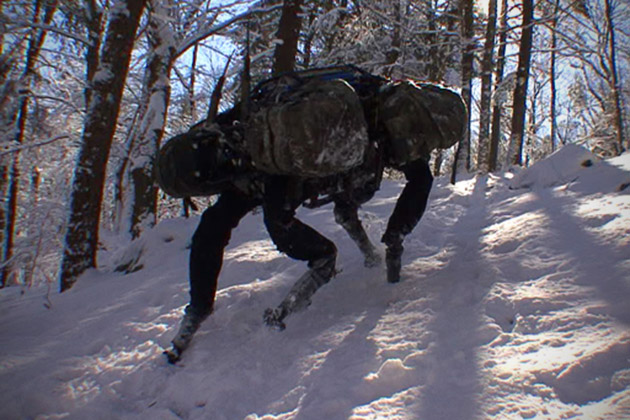 Built onto the actuators are sensors for joint position and force, and movement is ultimately controlled through an onboard computer which manages the sensors. 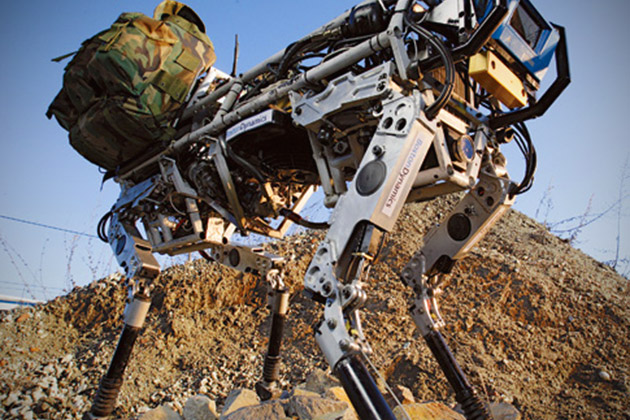 The bot is capable of traversing difficult terrain, running at 4mph, carrying 340-pounds, and climbing a 35° incline. Locomotion is controlled by an onboard computer that receives input from the robot’s various sensors.

BigDog is powered by a two-stroke, one-cylinder, 15-HP go-kart engine operating at over 9,000 RPM. The engine drives a hydraulic pump, which in turn drives the hydraulic leg actuators. Each leg has four actuators (two for the hip joint, and one each for the knee and ankle joints), for a total of 16. Each actuator unit consists of a hydraulic cylinder, servovalve, position sensor, and force sensor. Onboard computing power is a ruggedized PC/104 board stack with a Pentium 4 class computer running QNX.

Rugged Bluetooth Headphones Can Get Pricey, Pick Up the QCY QY8 for Under $16 – This Weekend Only