Raytheon’s hypersonic air-breathing attack cruise missile is designed for the battlefield, while Hermeus’ Chimera hypersonic engine test functions best in an aircraft. What is Chimera? A turbine-based combined cycle engine (TBCC) that combines turbojet and ramjet technologies into one, with the ability to switch between these two modes.

When you combine these two technologies in an aircraft, it’s capable of taking off from a regular runway and then accelerate to high-Mach speeds. When flying at low speeds, Chimera remains in turbojet mode, but as the temperature and the speed of the incoming air increase, turbojets hit their performance limit at Mach 2. Mach 3 is when Chimera starts bypassing the incoming air around the turbojet and the ramjet takes over. Most surprising of all, it only took Hermeus 21-months and $18-million to develop the Chimera hypersonic engine. 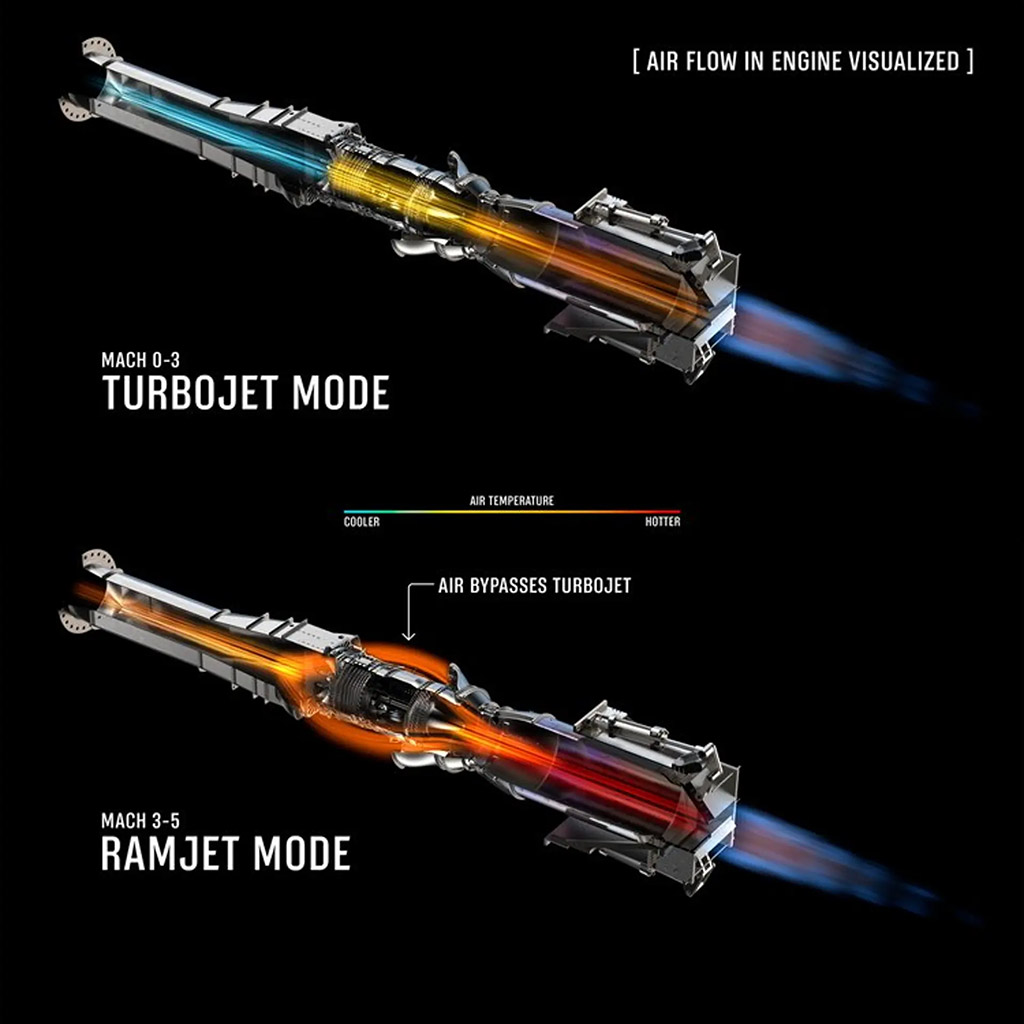 This achievement is a major technical milestone for Hermeus. But more than that, it’s a proof point that demonstrates how our small team can rapidly design, build, and test hardware with budgets significantly smaller than industry peers,” said AJ Piplica, Hermeus CEO.