Researchers at Northwestern University have developed an innovative holographic camera that can see through just about anything including people and around corners, all with high-precision. Officially called synthetic wavelength holography, this new method functions by indirectly scattering coherent light onto hidden objects, which then scatters again and travels back to a camera. An algorithm is then used to reconstruct the scattered light signal to reveal the hidden objects. 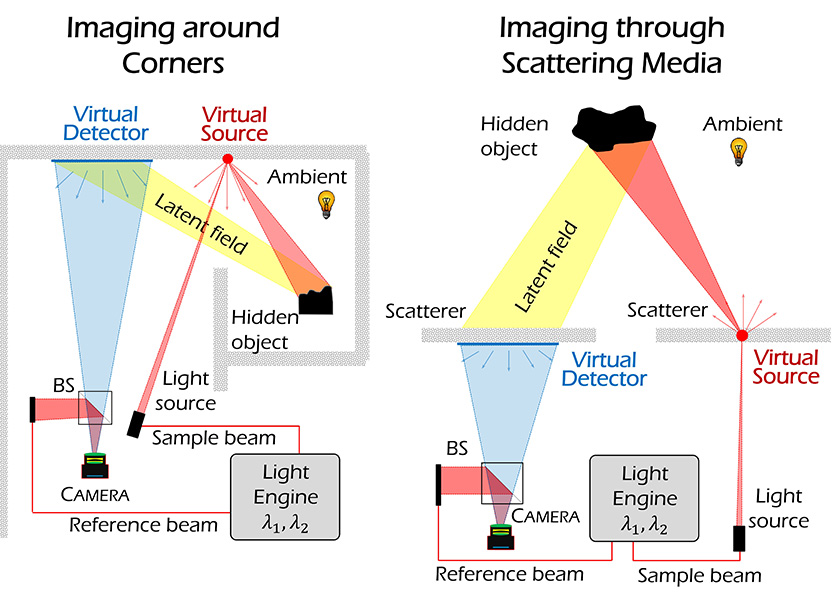 This method results in a high temporal resolution and has potential to capture fast-moving objects, like a beating heart through the chest or speeding cars around a street corner. Practical future uses include non-invasive medical imaging, early-warning navigation systems for automobiles and industrial inspection in tightly confined spaces.

Our technology will usher in a new wave of imaging capabilities. Our current sensor prototypes use visible or infrared light, but the principle is universal and could be extended to other wavelengths. For example, the same method could be applied to radio waves for space exploration or underwater acoustic imaging. It can be applied to many areas, and we have only scratched the surface,” said Florian Willomitzer, Research Assistant Professor of Electrical and Computer Engineering.