Based on on a new platform, the Honda e’s exterior design by Yuki Terai pays homage to the first generation Honda Civic and is about the same length as the Honda Fit. A 35.5 kWh Lithium-ion battery sends powers to the rear wheels and can be charged using a Type 2 AC connection or a CCS2 DC rapid charger – up to 80 percent charge in just 30 minutes. When fully charged, you can expect a 124-mile range, which is plenty of city cruising.

“Honda unveiled its new electric car, the tiny and adorable Honda E, earlier this year, but details have been few and far between. It’s slowly drip-fed features including side cameras instead of mirrors and a faux-wood paneled dashboard. The Honda E will go on sale later this year and pre-orders are already open, but only in Europe,” reports Engadget. 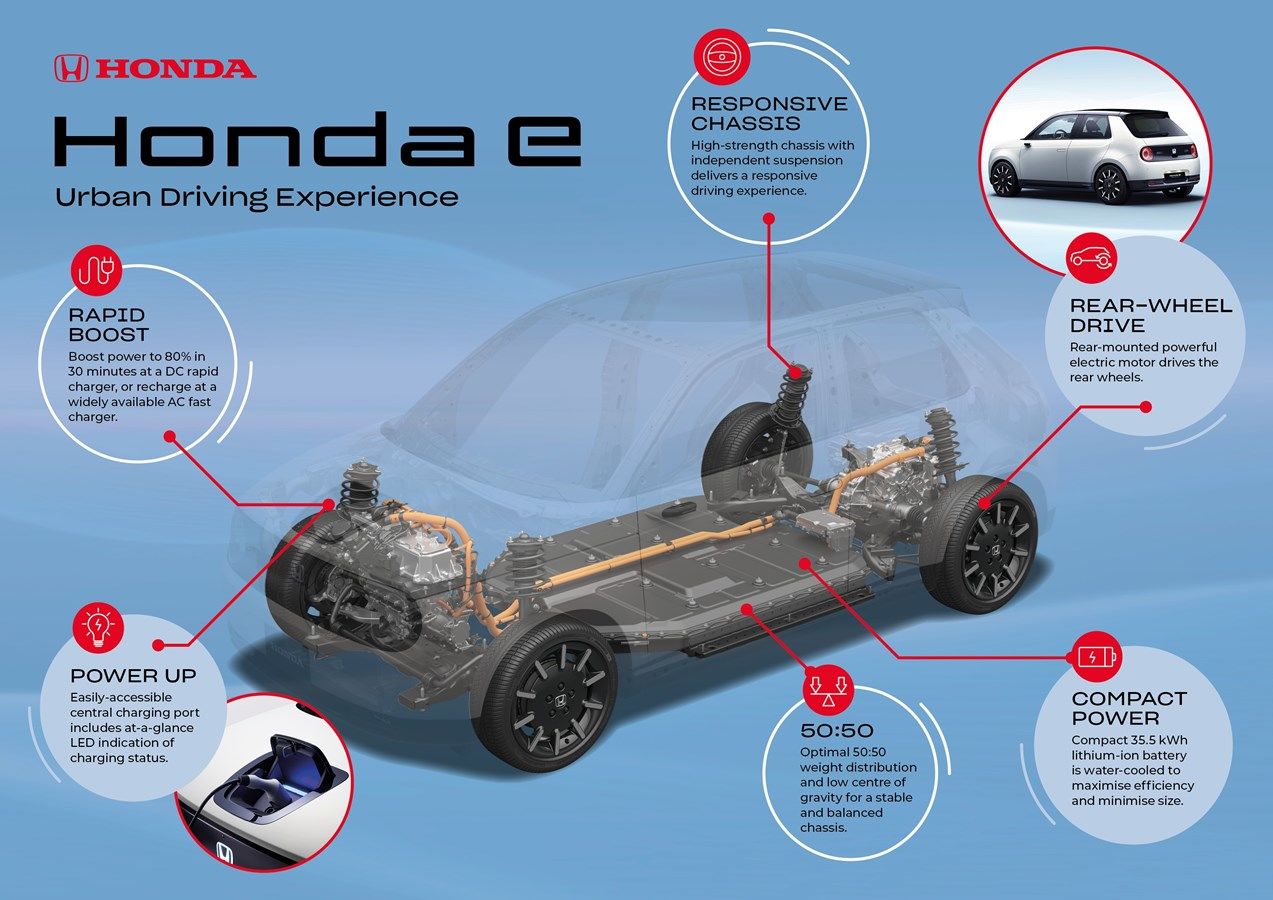