DMOL
Death Machines of London transformed a 1977 Honda Gold Wing into Kenzo, its ‘most radical machine to date’. The bike is inspired by the overlapping segments in a samurai general’s armor and named after a pioneering Japanese Isle of Man TT racer, combining traditional metalwork with composites, 3D printing, CNC, precision-etching, holographic lighting and exquisite leather work. The bike is available now, priced at £56,000.00. Read more for additional pictures and information. 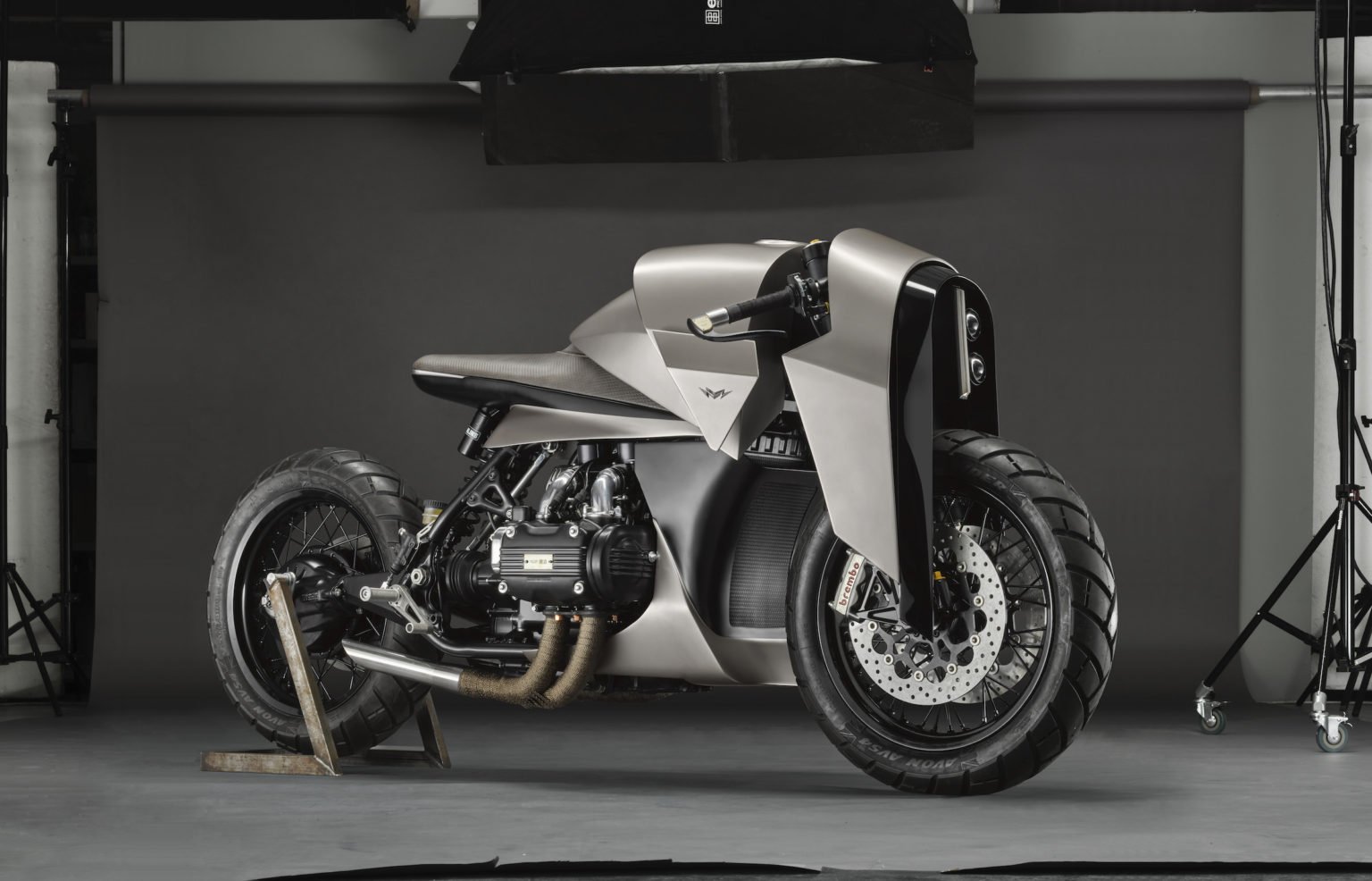 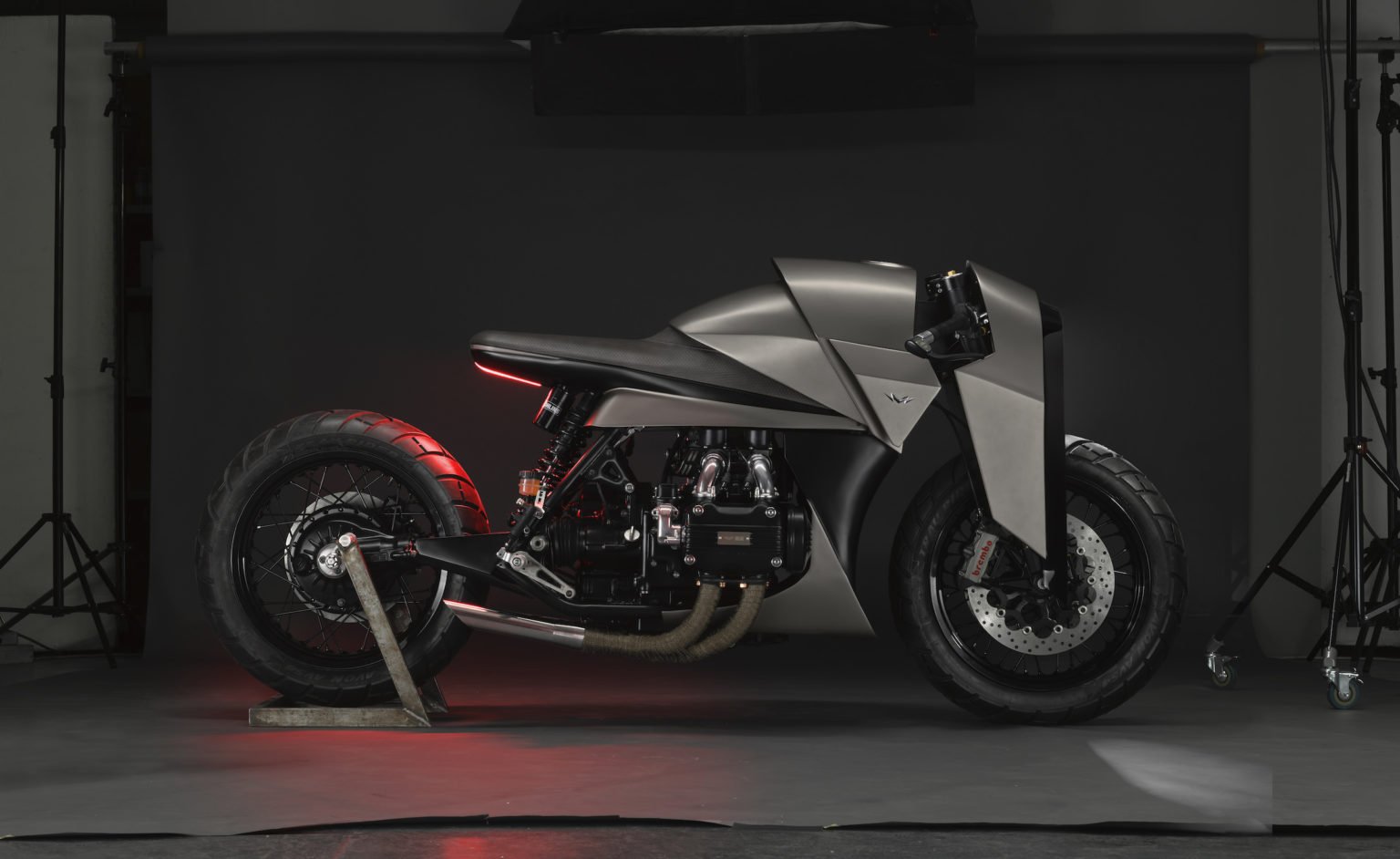 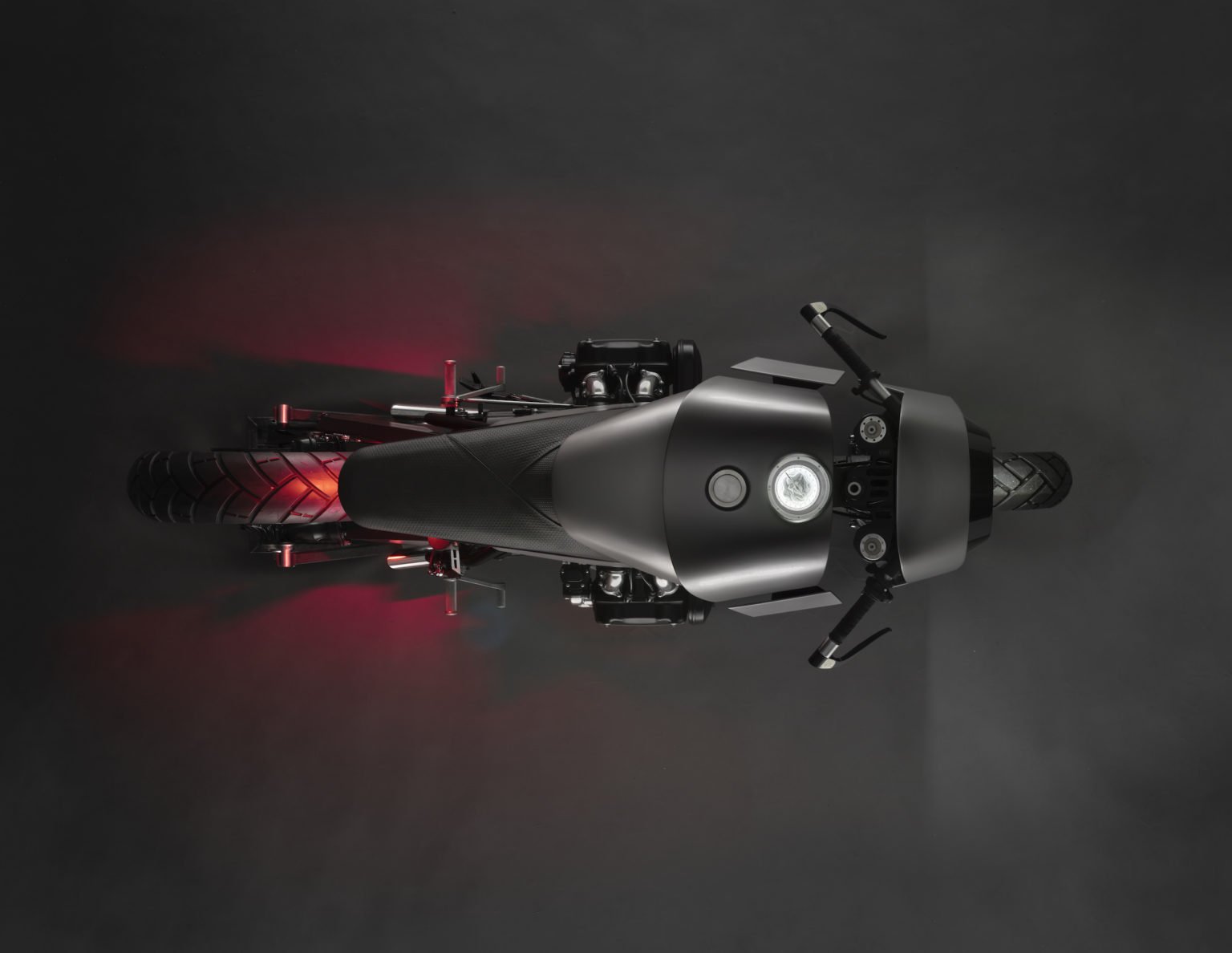 The mirror-polished black ‘blade’ surrounding the front light cluster, which drops down to the base of each fork, is a reference to a Katana sword. Death Machines then finished the body work in their own custom Titanium Samurai paintwork, complete with matte black detailing. Other features include detailed ‘Kenzo’ grill work, an in-house petrol cap, precision-machined aluminum badges and handle bars wrapped in the traditional Tsukamaki sword wrapping technique. 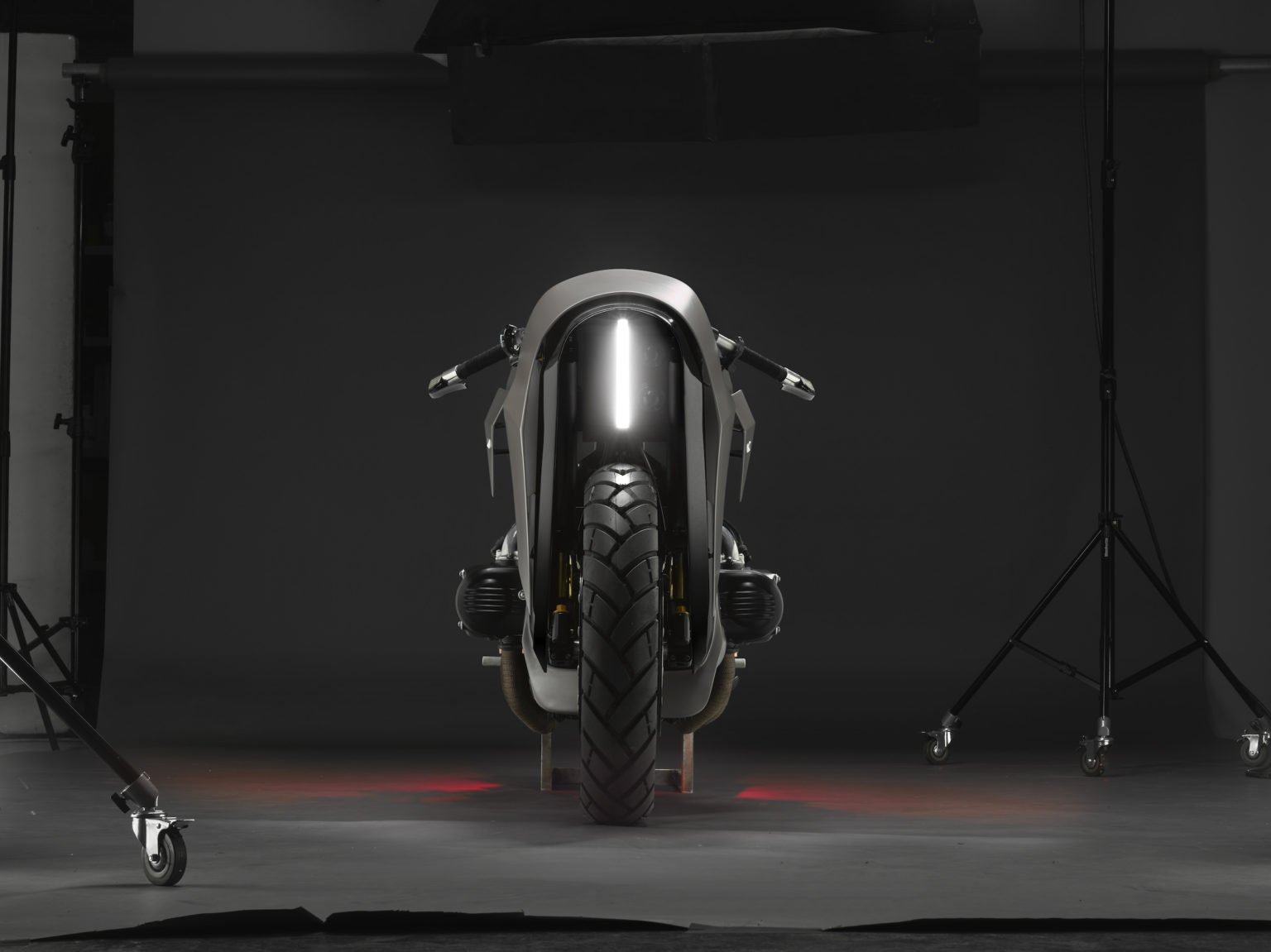 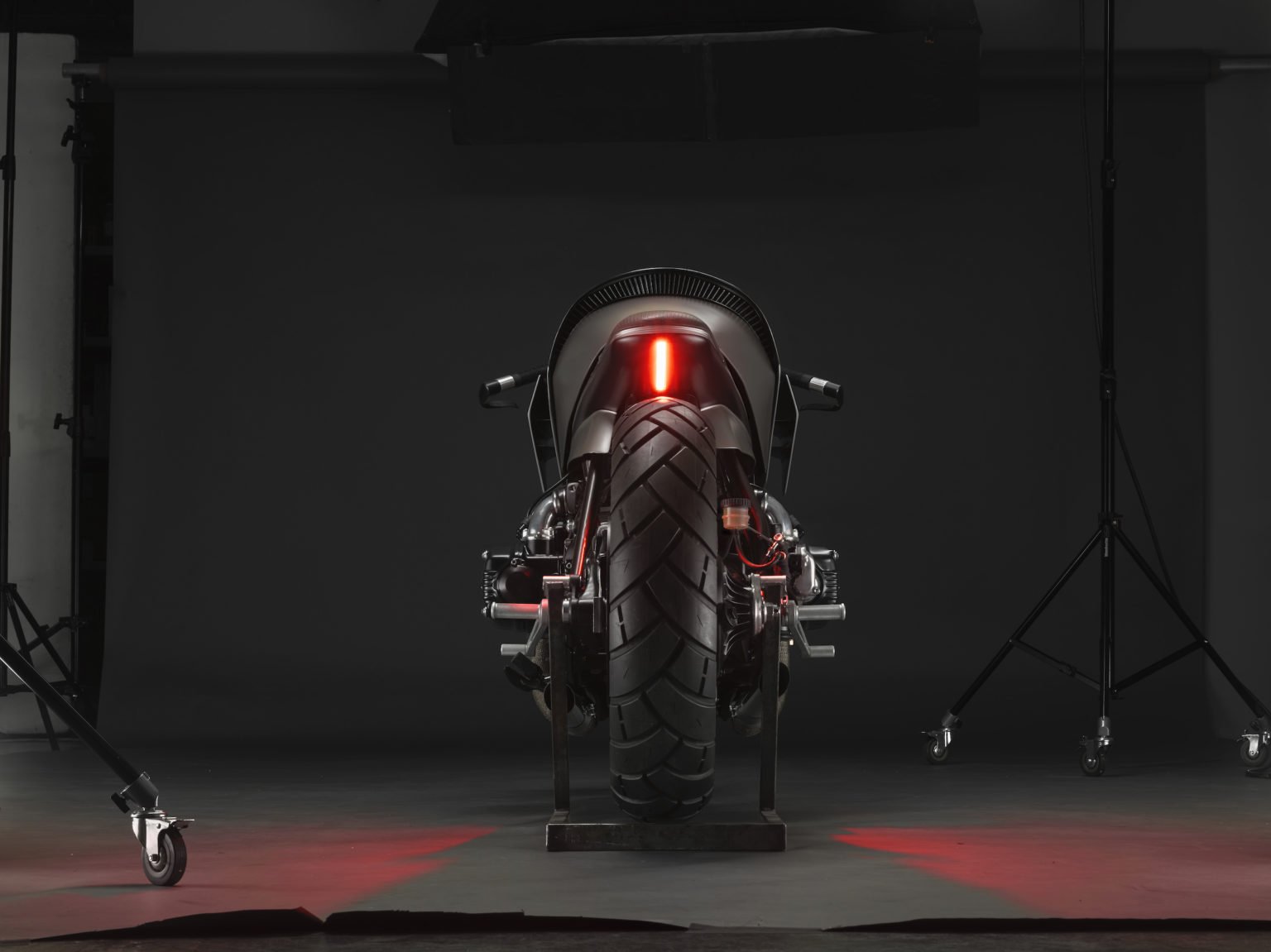 Kenzo’s instrumentation consists of a hand-crafted speedometer with a dragon, cast from an 18th Century Japanese jewel box, and a handmade pointer of the same finish. The dragon is surrounded by a precision-etched nickel lattice and then encased in a series of custom lenses which not only support the floating number board, but also utilize the same diffusion film technology as the lights. 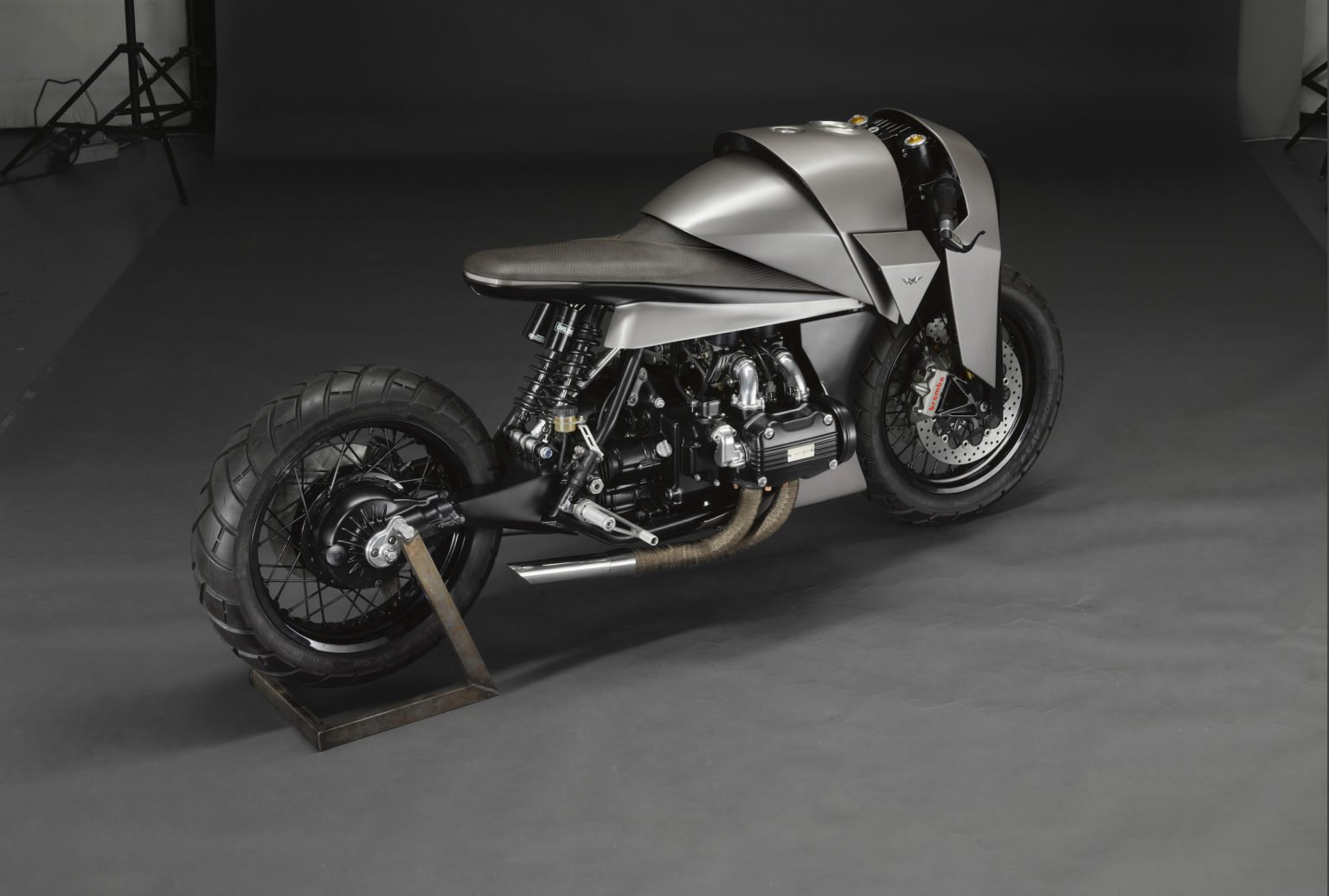 The seat unit needed to be CNC machined from high-density foam to conceal a remote proximity sensor, and was then wrapped in embossed leather, similar to the layered clothing worn under armor. The front running light, indicators and tail light were all custom-designed by Death Machines of London. They teamed up with Luminit of California to incorporate the world’s most advanced holographic diffusion film into the units, or in other words, the light from the LED’s is precisely disbursed at 80° across the surface of the film, removing hot spots and creating a seamless bar of light.

Transformable SQUID Drone Can Be Shot Out of a Cannon