Long before the B-2 Stealth Bomber, there was the Horten Ho 229 (H.IX), a German prototype fighter designed by Reimar and Walter Horten and built by Gothaer Waggonfabrik late in World War II. The aircraft was the first pure flying wing powered by jet engines. The design was a response to Hermann Goring’s call for light bomber designs capable of meeting the “3×1000” requirement; namely to carry 1,000 kilograms (2,200 lb) of bombs a distance of 1,000 kilometres (620 mi) with a speed of 1,000 kilometres per hour (620 mph). Continue reading for more fascinating facts.

5. Was Made of Various Materials 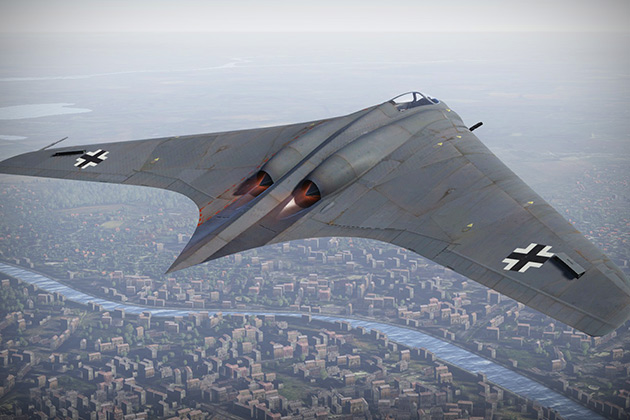 The H.IX was of mixed construction, with the center pod made from welded steel tubing and wing spars built from wood. The wings were made from two thin, carbon-impregnated plywood panels glued together with a charcoal and sawdust mixture. The wing had a single main spar, penetrated by the jet engine inlets, and a secondary spar used for attaching the elevons. It was designed with a 7g load factor and a 1.8x safety rating; therefore, the aircraft had a 12.6g ultimate load rating. 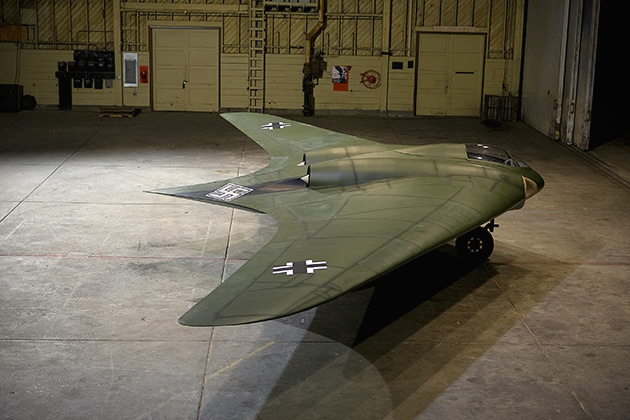 A drogue parachute slowed the aircraft upon landing. The pilot sat on a primitive ejection seat. A special pressure suit was developed by Drager. The aircraft was originally designed for the BMW 003 jet engine, but that engine was not quite ready, and the Junkers Jumo 004 engine was substituted. 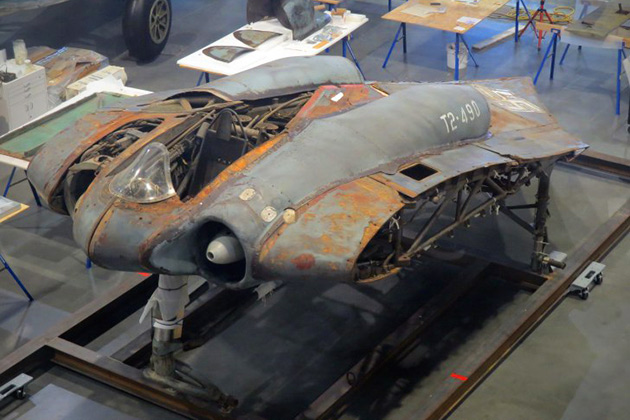 Control was achieved with elevons and spoilers. The control system included both long-span (inboard) and short-span (outboard) spoilers, with the smaller outboard spoilers activated first. This system gave a smoother and more graceful control of yaw than would a single-spoiler system. 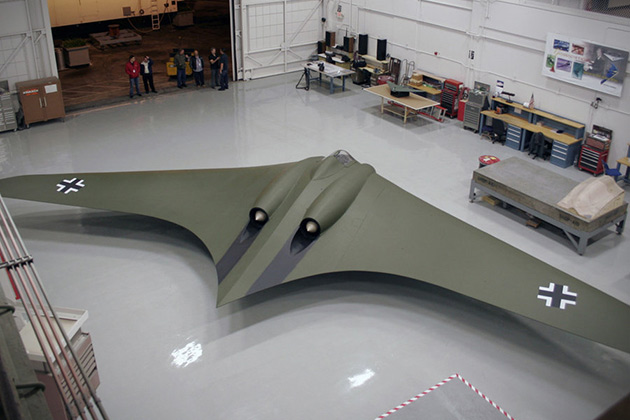 A static reproduction of the only surviving Ho 229 prototype, the Ho 229 V3, in American hands since the end of World War II was constructed in the very early 21st century and later tested by the U.S. military, who found the basic shape, paint and laminating adhesive composition of the mockup copy would provide for 37% reduction in detection range against the British Chain Home radar of the 1940s. 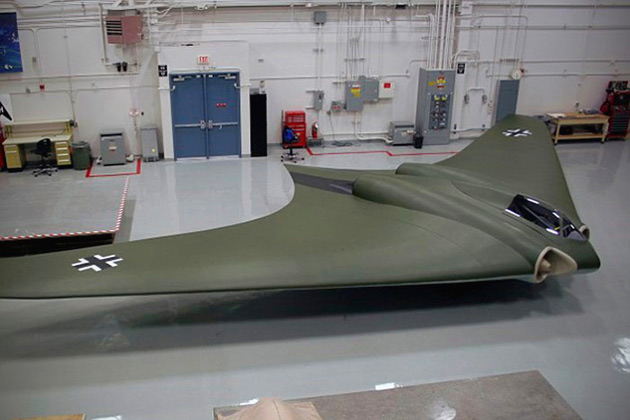 After the war, Reimar Horten said he mixed charcoal dust in with the wood glue to absorb electromagnetic waves (radar), which he believed could shield the aircraft from detection by British early-warning ground-based radar that operated at 20 to 30 MHz (top end of the HF band), known as Chain Home. A jet-powered flying wing design such as the Horten Ho 229 has a smaller radar cross-section than conventional contemporary twin-engine aircraft because the wings blended into the fuselage and there are no large propeller disks or vertical and horizontal tail surfaces to provide a typical identifiable radar signature.

Iron Man Lamborghini Aventador Appears Normal, But Once Sprayed with Warm Water, Its Armor is Revealed