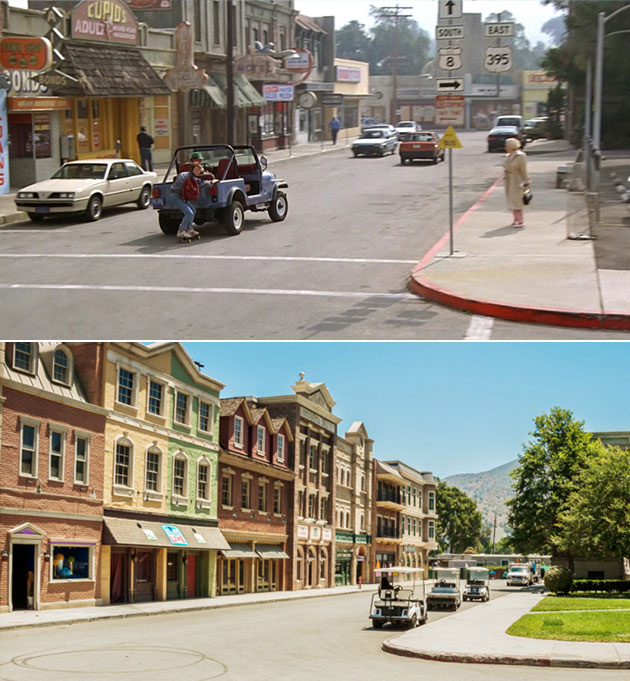 Back to the Future’s Hill Valley town square scenes were shot at Courthouse Square, located in the Universal Studios back lot because, as Bob Gale said: “…because no city is going to let a film crew remodel their town to look like it’s in the 1950s.” The filmmakers “decided to shoot all the 50s stuff first, and make the town look real beautiful and wonderful. Then we would just totally trash it down and make it all bleak and ugly for the 1980s scenes.” The interiors for Doc Brown’s house were shot at the Robert R. Blacker House, while exteriors took place at Gamble House. The exterior shots of the Twin Pines Mall, and later the Lone Pine Mall (from 1985) were shot at the Puente Hills Mall in City of Industry, California. The exterior shots and some interior scenes at Hill Valley High School were filmed at Whittier High School in Whittier, California. Continue reading for more then and now shots of famous locations.

KtraK Transforms Any Mountain Bike Into a Pedal-Powered Snowmobile

Gurkha RPV Civilian Edition is a Tactical Vehicle Anyone with $800,000 Can Buy