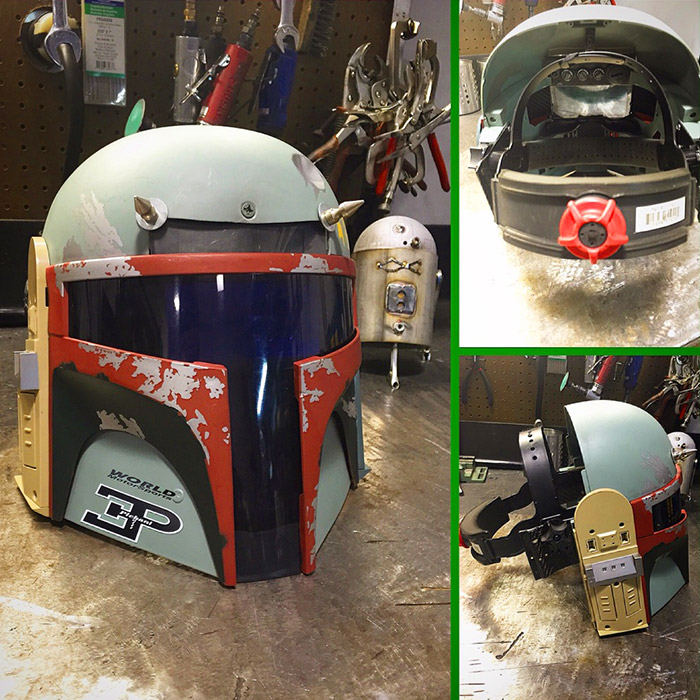 Boba Fett first appeared at the September 20, 1978, San Anselmo Country Fair parade. The character appeared on television several weeks later, animated by Nelvana Studios for Star Wars Holiday Special as a mysterious figure who betrays Luke Skywalker after saving him, Chewbacca, C-3PO and R2-D2 from a giant monster, only to be revealed as a bounty hunter working for Darth Vader. This is what his welding helmet would look like, created by a Redditor Radroman’s friend. Click here to view the first image in this week’s demotivational poster gallery. Continue reading for an awesome viral video of someone ice climbing Niagara Falls.