Juliane Koepcke was a German Peruvian high school senior student studying in Lima, who dreamed of becoming a zoologist, like her parents. She and her mother, ornithologist Maria Koepcke, were traveling to meet with her father, biologist Hans-Wilhelm Koepcke, who was working in the city of Pucallpa. Unfortunately, the airplane was struck by lightning during a severe thunderstorm and broke up in mid-air, disintegrating at 3.2 km (10,000 ft). Koepcke, who was seventeen years old at the time, fell to earth still strapped into her seat. She survived the fall with only a broken collarbone, a gash to her right arm, and her right eye swollen shut. With her eyeglasses lost and one eye swollen shut, she struggled to no avail. She later found out her mother had initially survived the crash as well, but died several days later due to her injuries. Continue reading to see how she looks now. 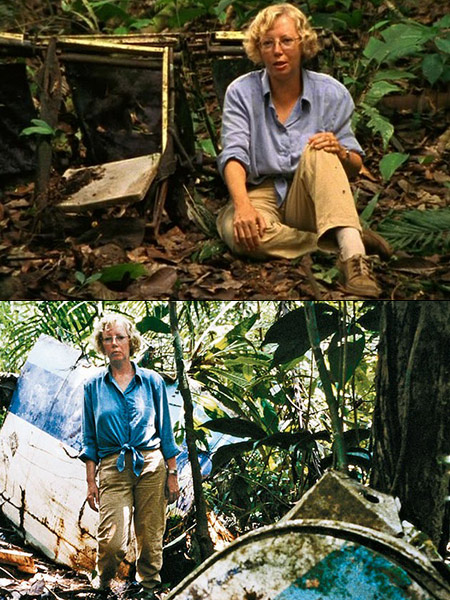 She found some sweets, which were to become her only food on her trip, after looking for her mother and other passengers. Fortunately, Koepcke stumbled upon a small freshwater stream, which she followed in knee-high water downstream from her landing site, relying on the survival principle her father had taught her, that tracking downstream should eventually lead to civilization. She couldn’t sleep at night due to numerous insect bites, which became infected. After nine days, several spent floating downstream, she found a boat moored near a shelter, where she found the boat’s motor and fuel tank. Relying again on her father’s advice, Koepcke poured gasoline on her wounds, which managed to extract thirty five maggots from one arm, A high school student was sucked out of an airplane after it was then waited until some men came.

Harman Kardon CL Precision On-Ear Headphones Get 74% Reduction to $64.99 Shipped, This Weekend Only

5 Fun Products That Are Designed to Make Your Life Easier