What better game to showcase the PlayStation 5’s power than Insomniac Games’ Spider-Man: Miles Morales, especially with the new Into the Spider-Verse suit they just revealed. Those who pre-order the game will be able to use this suit on launch day, while others will need to wait before it’s unlocked. If you happened to watch the film, you’ll realize that the lower frame rate on Miles’ movements in-game match its disjointed look, all done purposely to show this character’s inexperience. Read more for a gameplay video and additional information.

Aside from the Into the Spider-Verse suit, there are other launch day incentives, including a futuristic T.R.A.C.K. suit, three extra skill points and a nifty gravity well device that can be used to temporarily trap enemies. It launches on November 12th for both the PlayStation 5 and PlayStation 4 consoles. 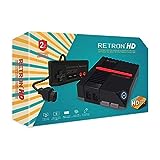 In the latest adventure in the Marvel’s Spider-Man universe, teenager Miles Morales is adjusting to his new home while following in the footsteps of his mentor, Peter Parker, as a new Spider-Man. But when a fierce power struggle threatens to destroy his new home, the aspiring hero realizes that with great power, there must also come great responsibility,” said the developers.