At first glance, the Rube Goldberg Machine you’re about to see appears to be just some clever video editing, but it’s actually just a real optical illusion. Put simply, a thick piece of glass sits next to a mixture of two clear, colorless oils, which is adjusted to match the glass’ refractive index. When this glass is submerged in the oil, it seemingly disappears. Read more for the video and additional information.

For those who don’t know, a Rube Goldberg machine, named after American cartoonist Rube Goldberg, is essentially a machine intentionally designed to perform a simple task in an overly complicated way. They normally consist of a series of simple unrelated devices; the action of each triggers the initiation of the next, eventually resulting in achieving a stated goal. 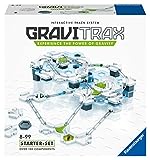