Firenadoes, also known as fire devils, fire whirls or fire tornadoes, are basically whirlwinds of flame that may occur when intense heat and turbulent wind conditions combine to form whirling eddies of air. These eddies can tighten into a tornado-like structure that sucks in burning debris and combustible gases. Continue reading for more. 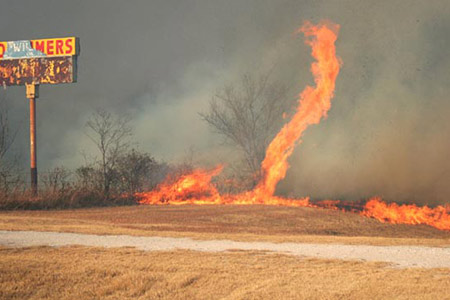 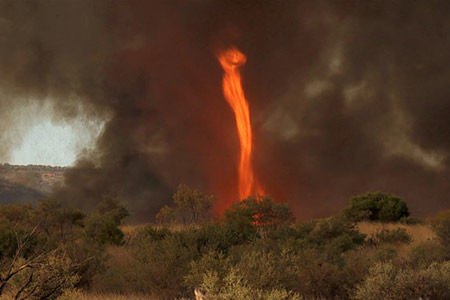 Under the right conditions, large fire whirls, several tens of feet wide and more than 1,000 feet (300 m) tall, can form. The temperature inside the core of a fire whirl can reach up to 2,000 °F (1,090 °C) – hot enough to potentially reignite ashes sucked up from the ground. Often, fire whirls are created when a wildfire or firestorm creates its own wind, which can turn into a spinning vortex of flame. 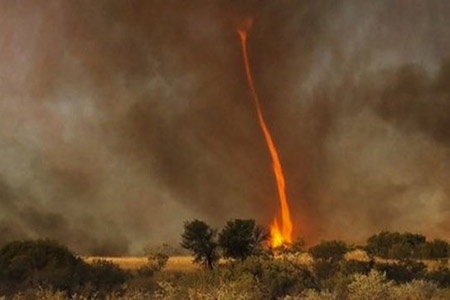 Combustible, carbon-rich gases released by burning vegetation on the ground are fuel for most fire whirls. When sucked up by a whirl of air, this unburned gas travels up the core until it reaches a region where there is enough fresh, heated oxygen to set it ablaze. This causes the tall and skinny appearance of a fire whirl’s core. 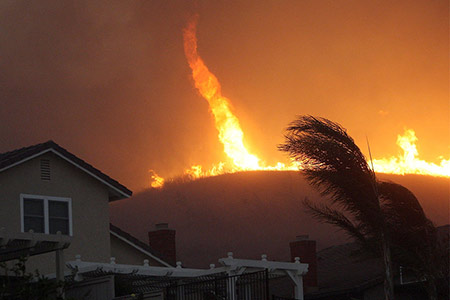 Real-world fire whirls usually move fairly slowly. Fire whirls can set objects in their paths ablaze and can hurl burning debris out into their surroundings.

The winds generated by a fire whirl can also be dangerous. Large fire whirls can create wind speeds of more than 100 miles per hour (160 km/h) – strong enough to knock down trees. Fire whirls can last for an hour or more, and they cannot be extinguished directly.

WD Black2 Dual Drive Combines SSD + HDD Into One, Gets 41% Reduction to $199 Shipped, This Week Only