NASA’s James Webb Space Telescope is now fully-aligned across all four of its science instruments, and its coldest instrument, the Mid-Infrared Instrument (MIRI), shows just how much clearer it is than Spitzer. This newly released MIRI test image (at 7.7 microns) depicts part of the Large Magellanic Cloud, right down to the interstellar gas and emission from “polycyclic aromatic hydrocarbons”.

The decommissioned Spitzer telescope was one of NASA’s first Great Observatories to transmit high-resolution images of the near- and mid-infrared universe. Webb boasts a significantly larger primary mirror and improved detectors, which enables astronomers to view the infrared sky with improved clarity. It is currently readying to begin science observations that will eventually give astronomers new insights into the birth of stars and protoplanetary systems. Unlike this infinity cube lamp, Webb’s images won’t be just optical illusions. 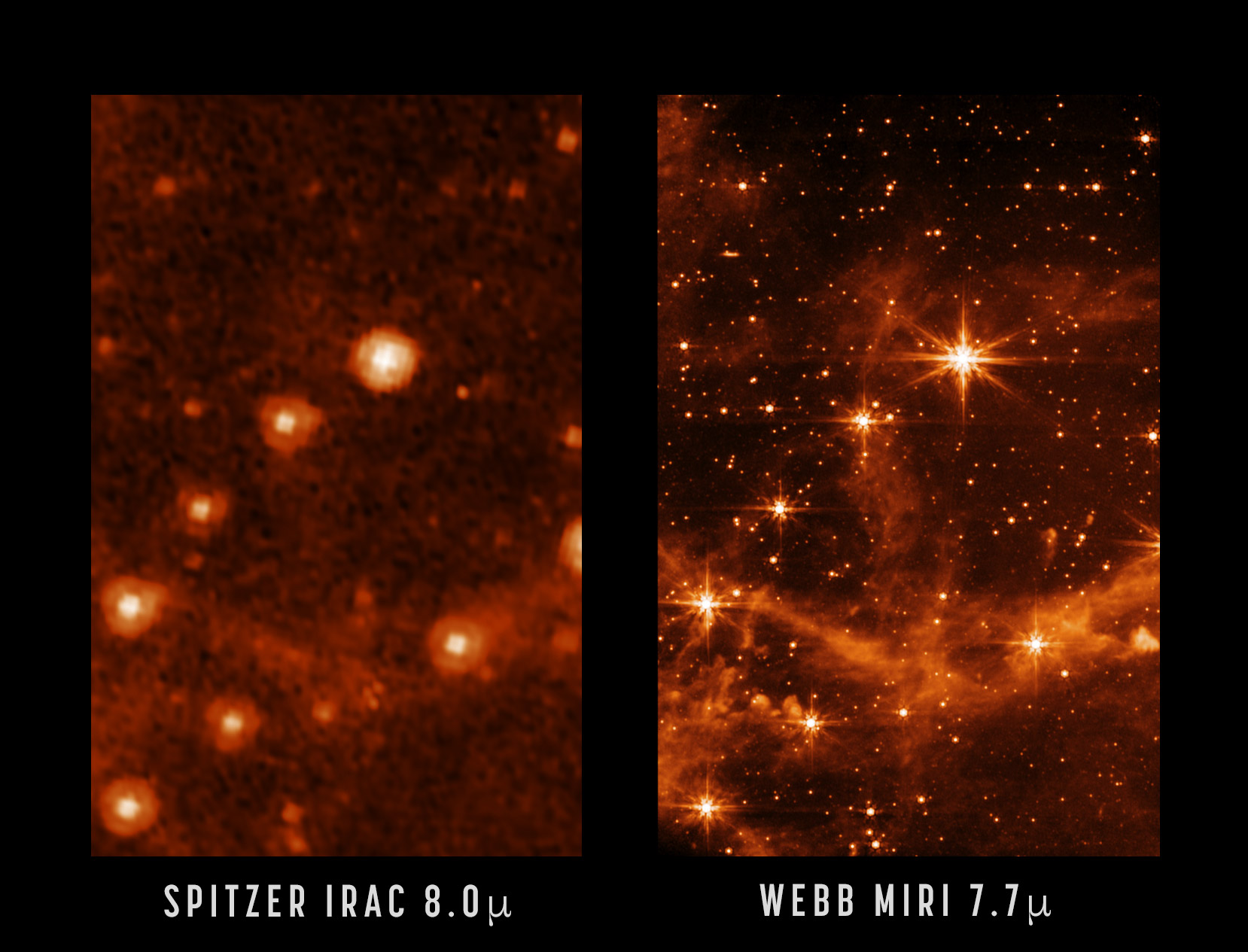 In the meantime, the Webb team has begun the process of setting up and testing Webb’s instruments to begin science observations this summer. Today at 11 a.m., Webb experts will preview these next two months of instrument preparations in a teleconference for media,” said NASA.