Blue Origin’s long awaited first human flight was a success today when New Shepard launched four private citizens – Jeff Bezos, Mark Bezos, Wally Funk and Oliver Daemen – beyond the Kármán Line, the internationally recognized boundary between Earth’s atmosphere and outer space at 330,000-feet. After landing, the astronauts were greeted by their families as well as Blue Origin’s ground operations team in the West Texas desert for a celebration. Read more for two videos and additional information.

Wally Funk, 82, has officially became the oldest person to fly in space as of yet, while Oliver Daemen, 18, was the first ever commercial astronaut to purchase a ticket and fly to space on a privately-funded and licensed space vehicle from a private launch site. Blue Origin aims to fly two more crewed flights this year and several more in 2022. 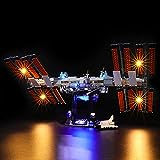 Today was a monumental day for Blue Origin and human spaceflight. I am so incredibly proud of Team Blue, their professionalism, and expertise in executing today’s flight. This was a big step forward for us and is only the beginning,” said Bob Smith, CEO, Blue Origin.