A stingray weighing nearly 800-pounds, measuring in at 8-feet wide and 14-feet long, was caught by American TV show host Jeff Corwin on the Mae Klong river in Thailand earlier this week. It was so large that several men on board a small fishing boat had to take it in turns to help on the rod during the 2-hour ordeal. After getting it alongside the boat the ray was pulled into a specially-prepared pen where 7 people lifted it out of the water so it could be properly measured. Continue reading for more pictures and information. 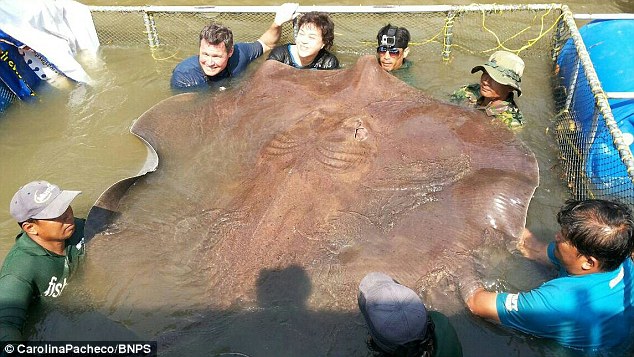 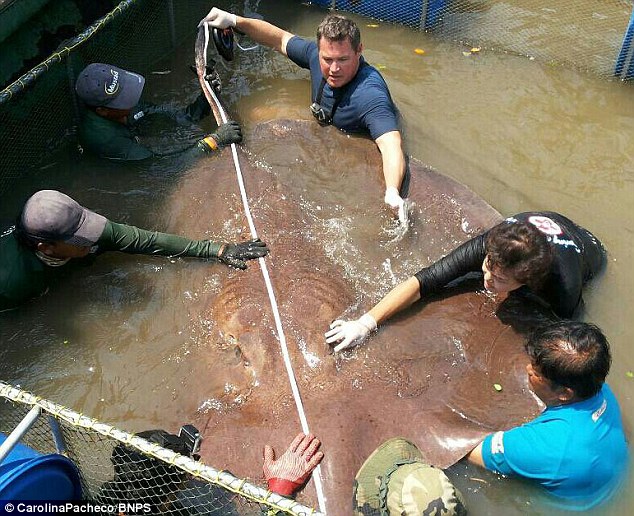 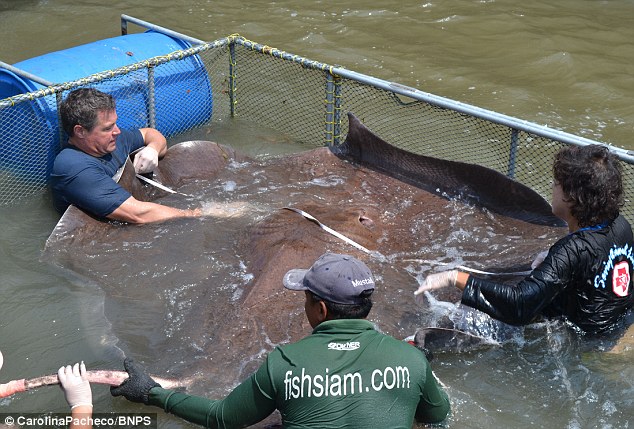 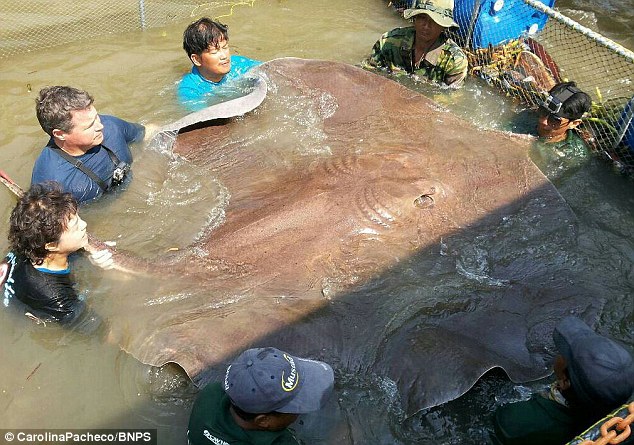 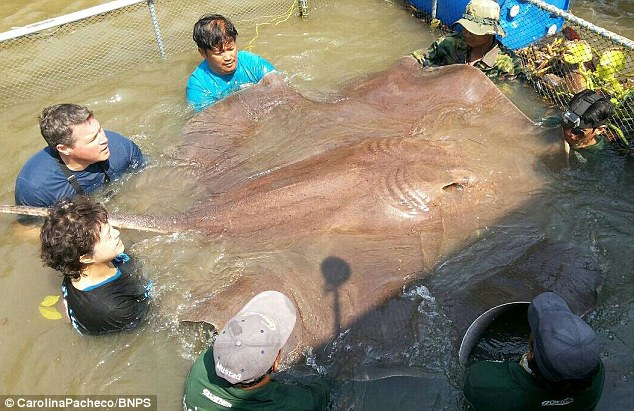 Corwin said: “The battle to bring this giant fish to the boat was epic and it took many hours and multiple guys rotating off and on the reel. The experience was a true highlight of the series, not only connecting with a record-sized ray but being a part of cutting edge science.”

When Batmobile Meets Mustang, You Get the 725-Horsepower Galpin Rocket