Photo credit: Birmelo Guerrero
The Lamborghini Celestial by Birmel Guerrero might be the sleekest and most sinister-looking model yet, that’s is if…the company decides to make it an actual concept car. It sports a large panoramic windshield, fighter jet-inspired aero parts, and a triple exhaust system. While no information regarding power numbers has been released, it’s safe to assume that it could boast a hybrid powerplant. Check out Birmelo’s other work on Arstation. Read more for another picture and additional information. 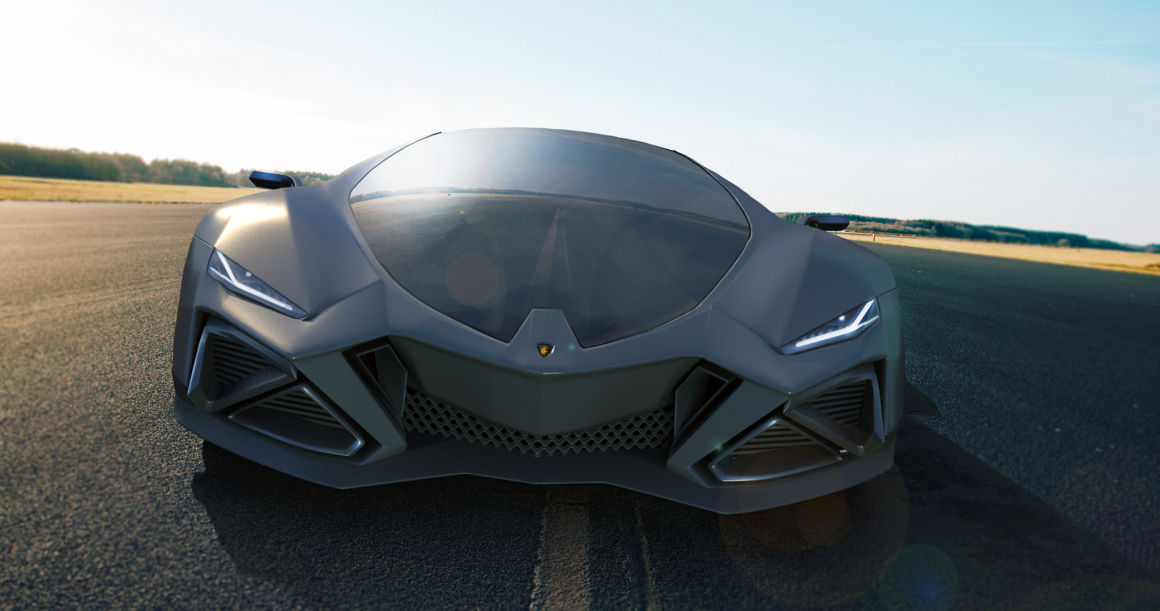 “The styling is pretty unique. It’s instantly recognizable as a Lamborghini, but the front end design, for example, doesn’t appear to have been borrowed from anywhere. If we were to grade it according to how menacing it looks, we’d say an argument could be made in favor of a perfect 10/10,” according to Car Scoops.

When LEGO Meets Augmented Reality, You Get These Futuristic Virtual Cities