Unlike a standard motorcycle, the Lazareth La Moto Volante (LMV) 496 can transition from road model to flying mode at the push of a button. When driving on the streets, power comes from an all-electric powertrain good for a 62-mile range and once you hit the button, its wheels hydraulically move from their upright orientation to a horizontal one before the four jet turbines start rumbling. Read more for a video, additional pictures and information.

In flying mode, power comes from four 96,000-rpm JetCat jet turbines that produce 529 lb of thrust and around 1,300 horsepower. The kerosene tank has enough fuel capacity to enable the bike to hover or fly for up to ten minutes. A dashboard displays essential flight information like speed, position, altitude, etc., while joysticks on either side of the handlebar let you control the beast. Lazareth will produce a total of five units worldwide and just four are being offered to the public, priced at a whopping $560K USD each. 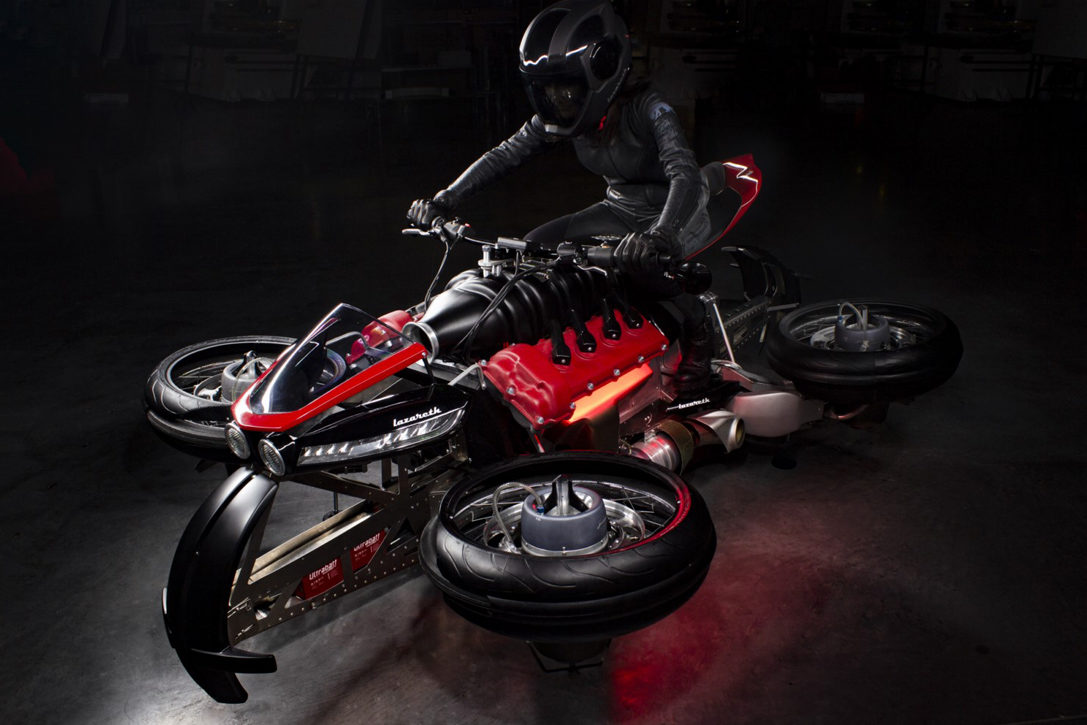 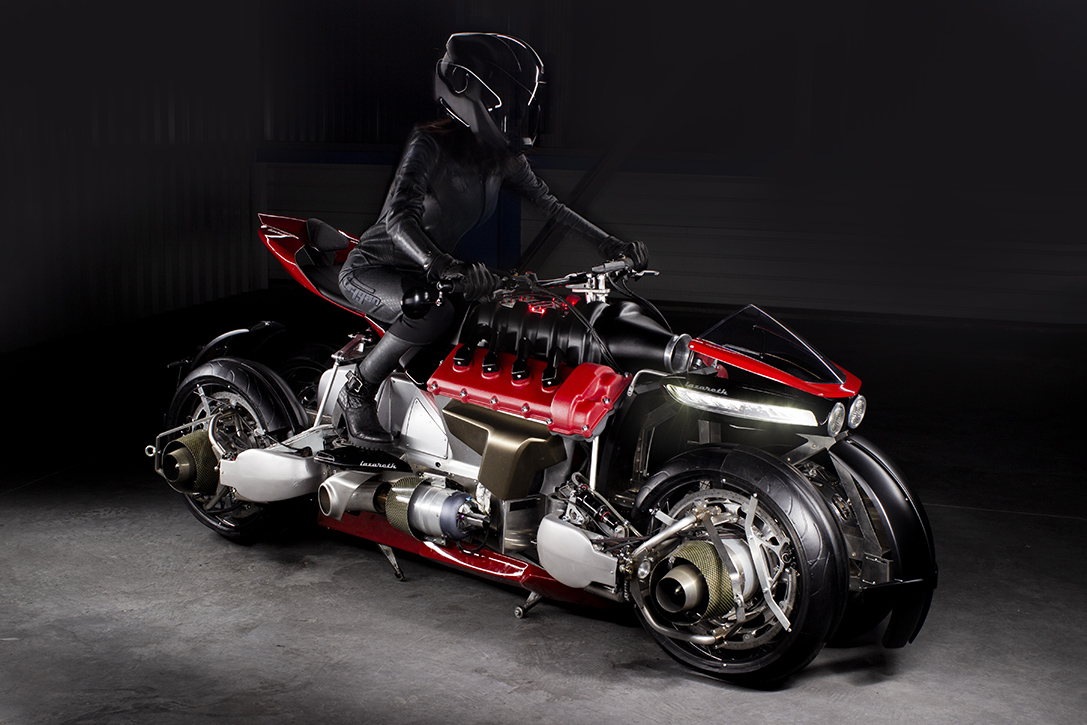 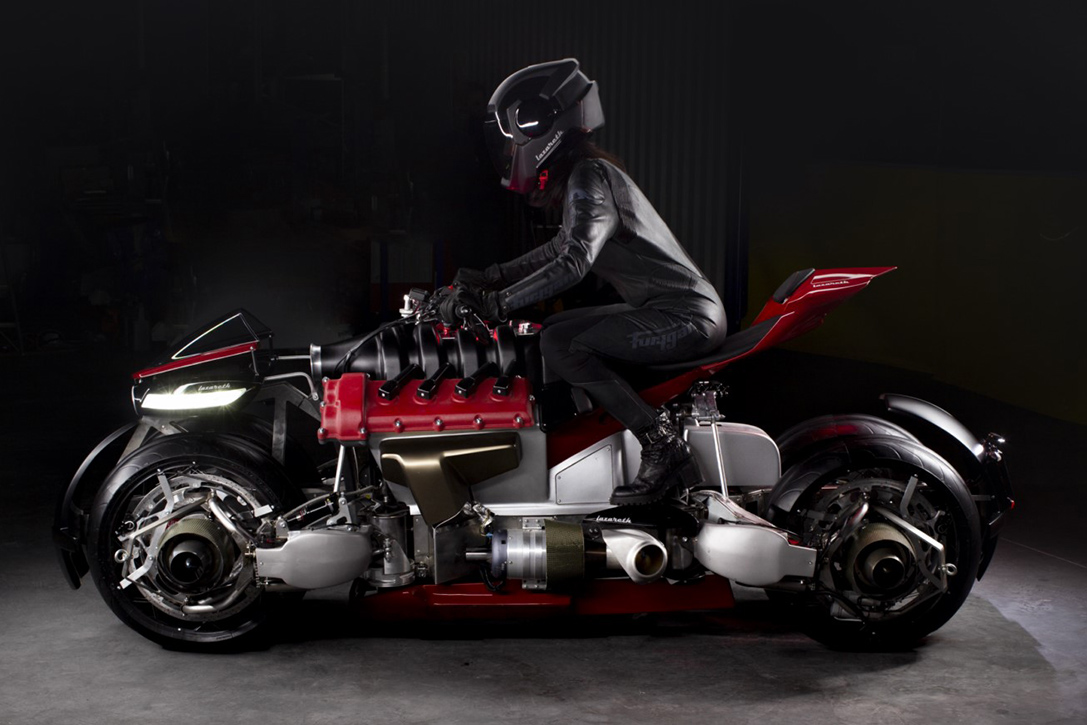 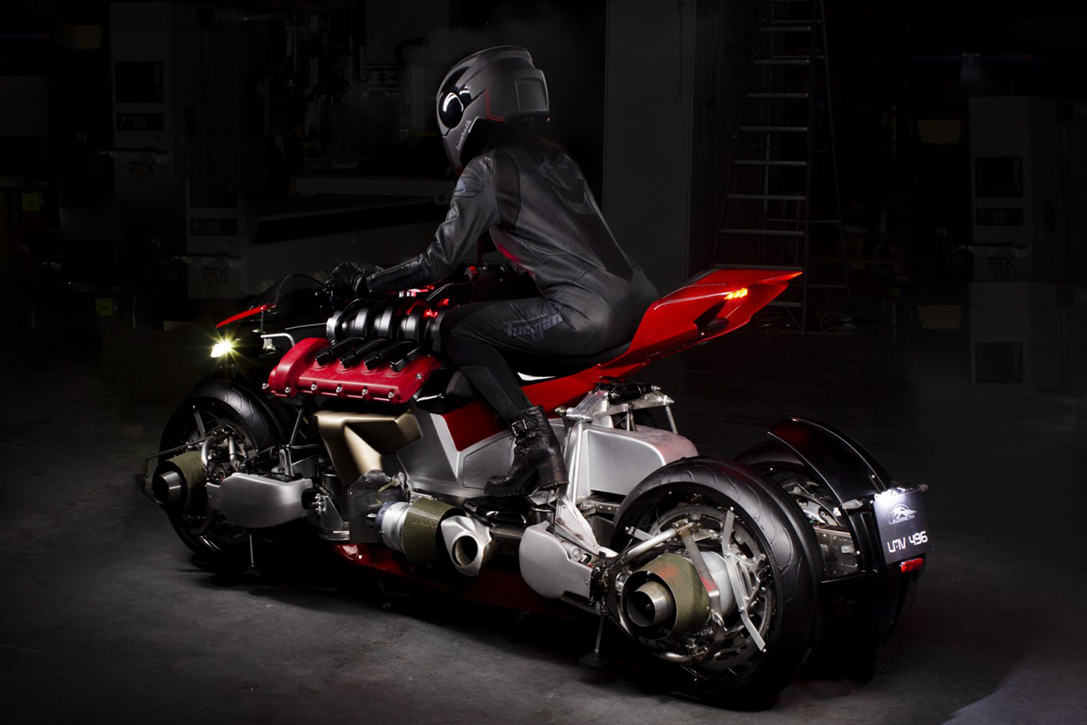 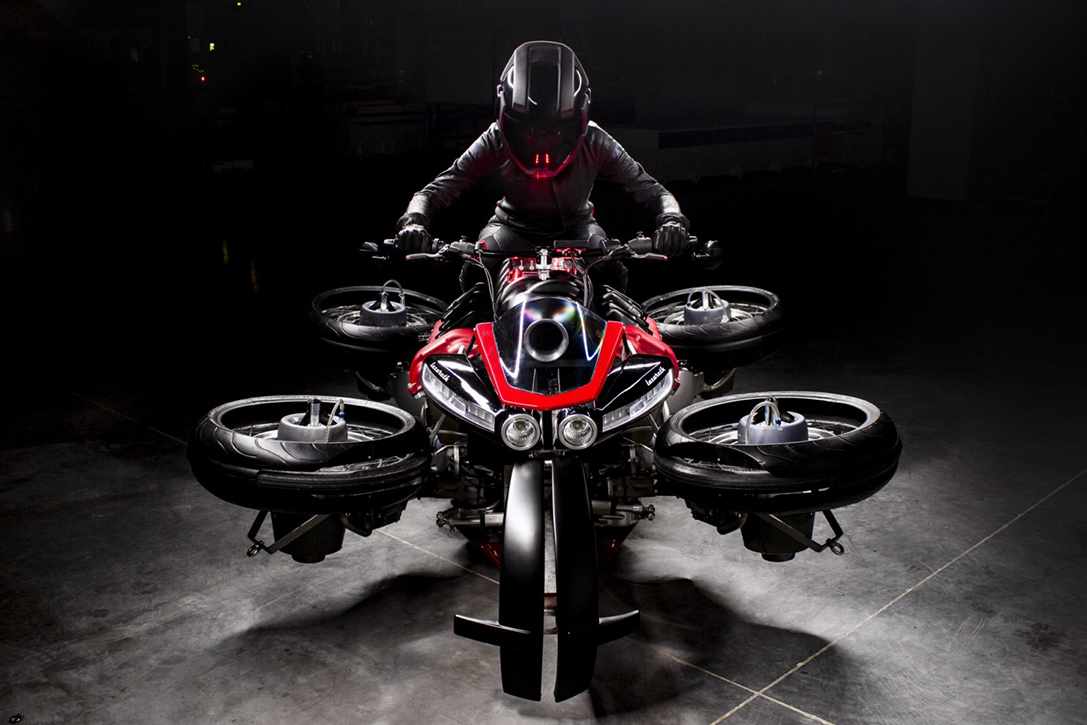 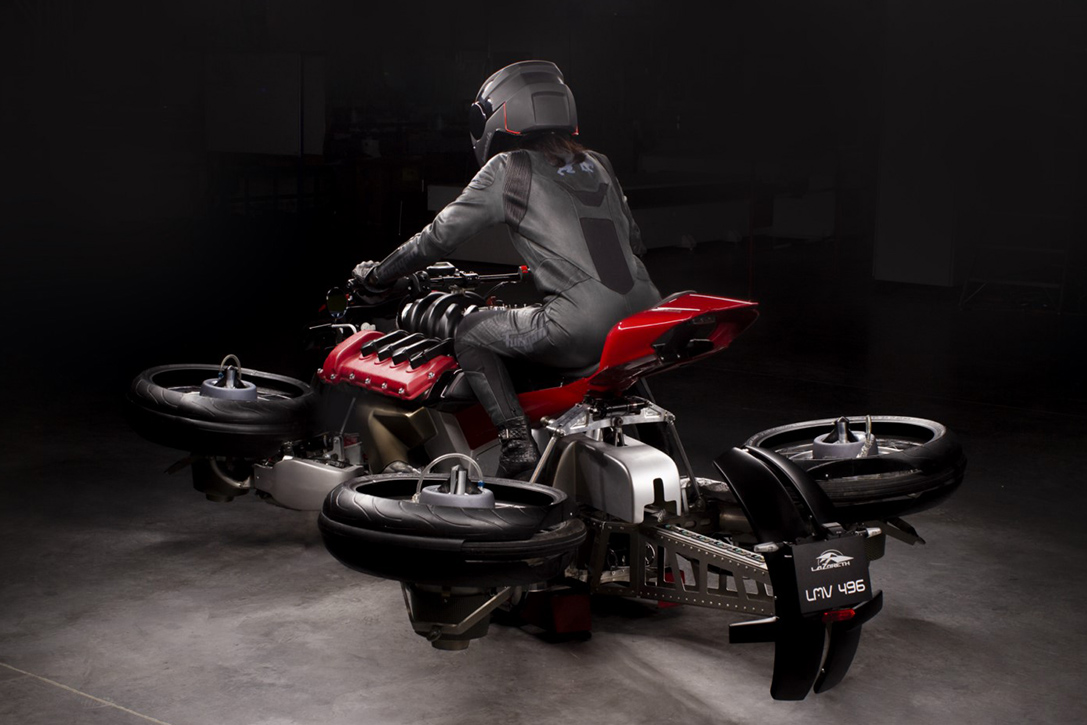 The driving position and light steering of the LMV496 provide immediate handling. Braking and undercarriage technology is directly inspired by Lazareth vehicles. The suspensions have been entrusted to our partner TFX Suspension Technology,” said the company.

This Looks Like a Normal Electrical Outlet, But it Opens to Reveal a Tiny Apartment