When places next to an iPhone 5s on the left as a comparison, the iPhone 6 front panel boasts a 5.1-inch diagonal, and a 16-to-9 aspect ratio, which by the way, is identical current iPhone 4-inch display ratio. Apple Insider notes that “Apple is likely to keep a consistent aspect ratio in order to make the transition to a larger screen size as easy as possible for developers. When combined with a properly chosen display resolution, apps would be able to scale with little or no modification.” Continue reading for one more picture and information. 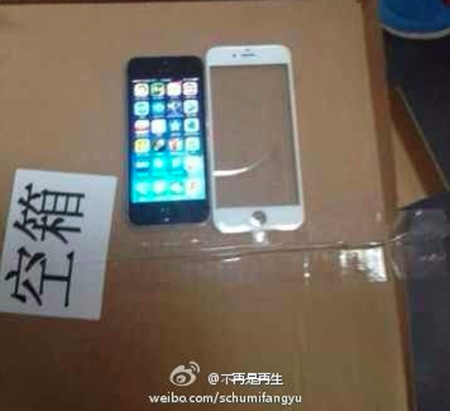 According to Mac Rumors, “Along with a larger screen, both models of the next-generation iPhone are rumored to include a new A8 processor, Touch ID fingerprint sensor and an upgraded camera featuring optical image stabilization. A report yesterday from Jefferies analyst Peter Misek also stated that Apple is negotiating with wireless carriers to raise the price of the iPhone 6 by $100.”

Kepler Discovers First Earth-Sized Planet in the Habitable Zone, Might Have Life