A brick master who goes by “The Brick Wall” managed to engineer a LEGO factory that is designed to use cucumbers to build miniature log cabins. To build the mega factory itself, over 23,000 LEGO pieces were used, 21 motors, and 7 BuWizz controllers, which uses Bluetooth LE technology to add smartphone control. Read more for the video and additional information.

Each of the custom factory modules are synced to a specific task, whether that be slicing the cucumber into logs or drilling holes for drift pins before they’re assembled. When all was said and done, there was a total of 18 cucumbers used. The mega factory measures in at 160 x 110 x 55 cm (64 x 44 x 22 in). 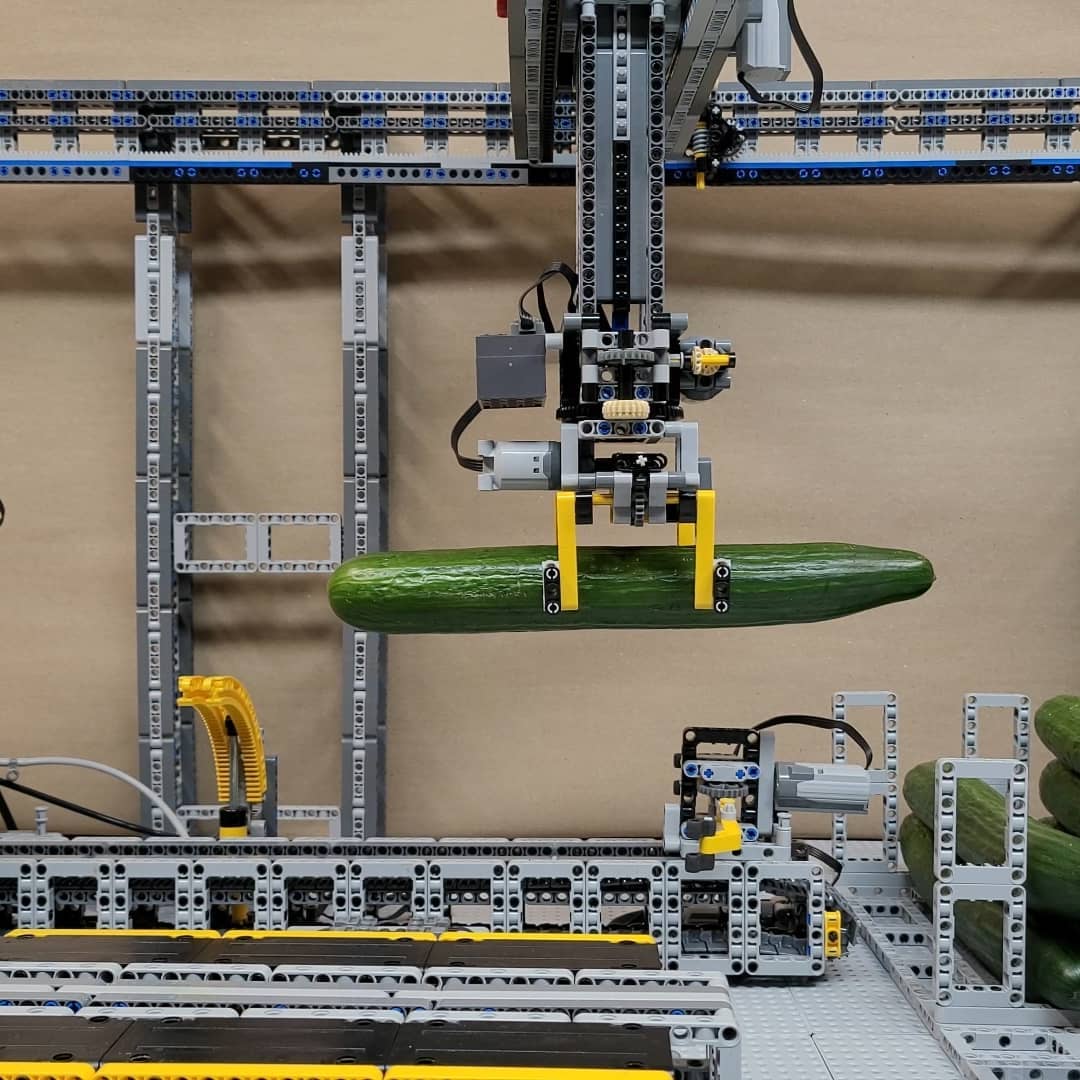 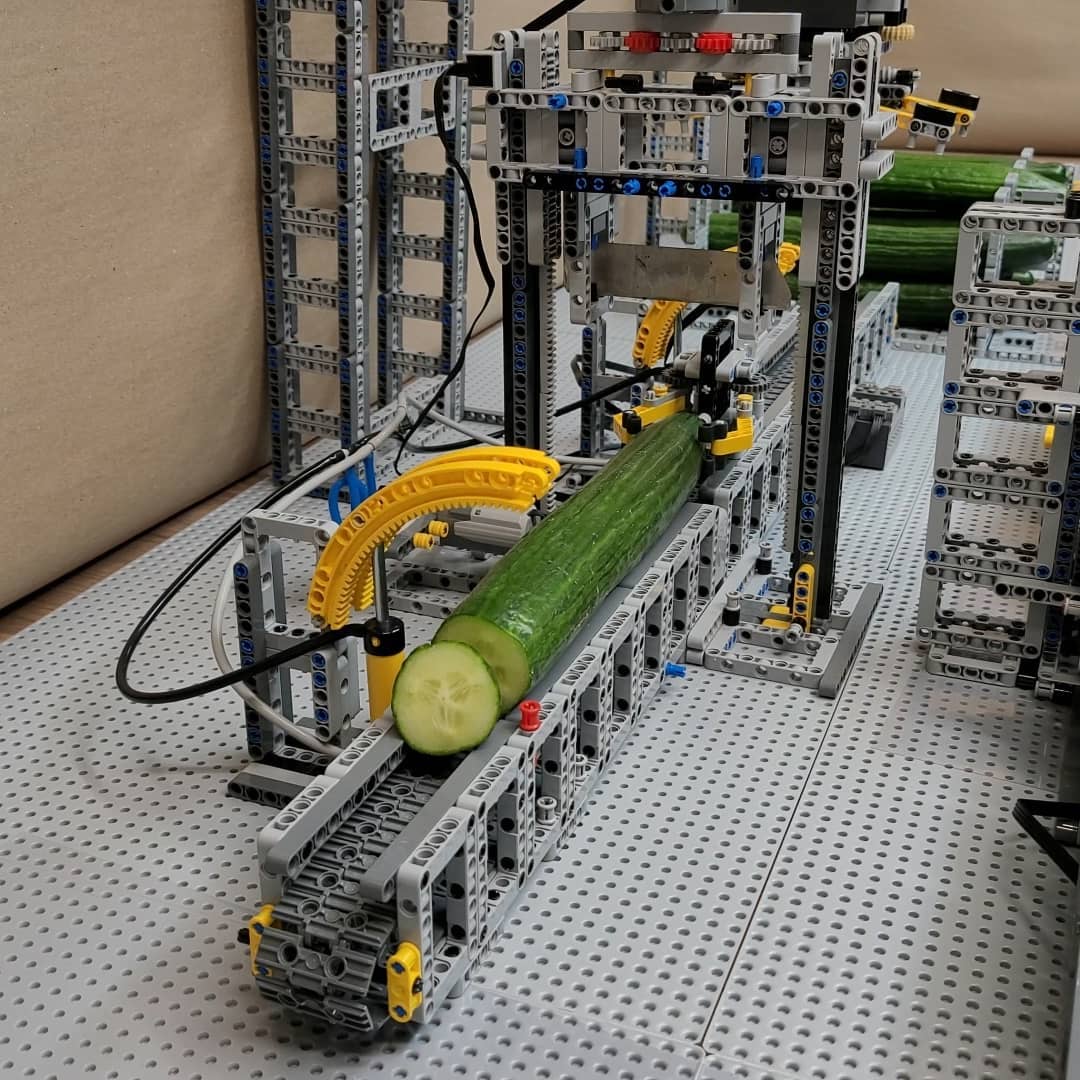 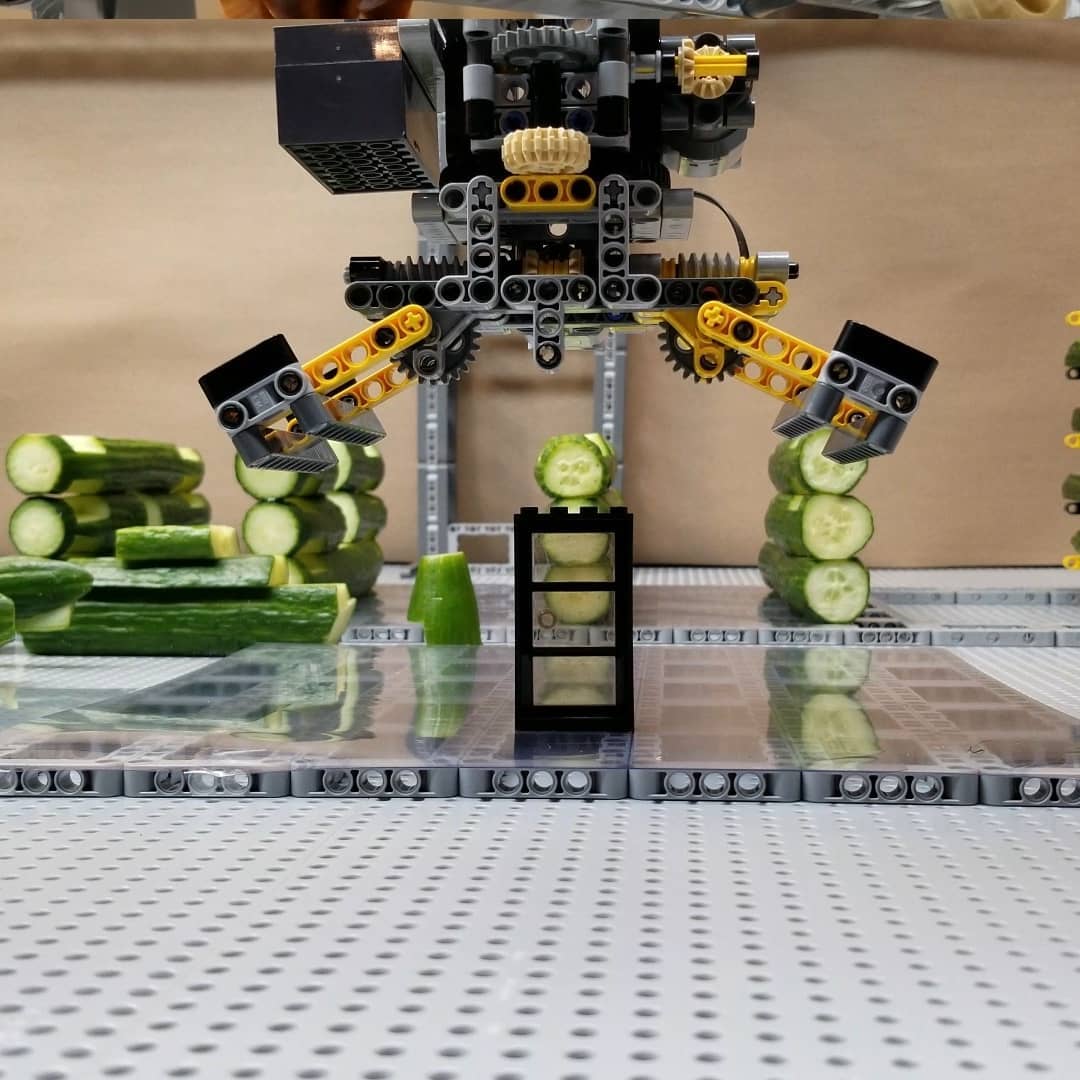 An insane idea becomes reality. It took 83 days of planning, dreaming, building and filming. At the end, I was waiting for a perfect snow day and just one day exactly,” said its creator.