Photo credit: Lets Go Digital
Why stop at just a single folding display, when you could have two, and have it fold at multiple points? This is what LG is working on, or at least according to the 16 sketches found in a design patent filed with the KIPO (Korean Intellectual Property Office), which was published on May 7, 2019. Simply put, you can fold this device twice, turning it into a full-sized tablet when fully unfolded. Read more for additional pictures and information. 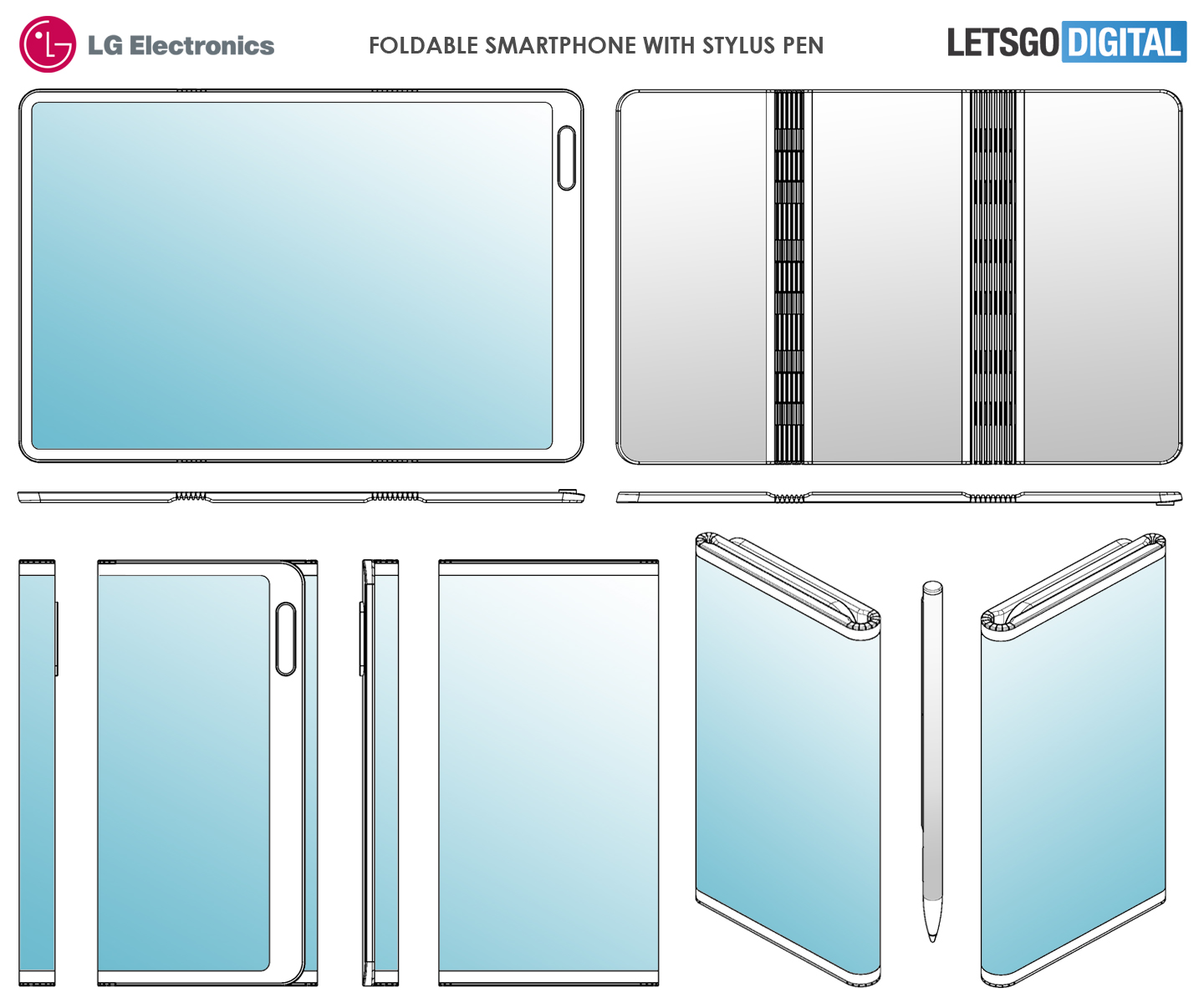 When both sides are unfolded, the device becomes three-times as large as its most compact form. There’s a sidebar that is only visible on the right-hand side, which houses the camera system. It completely folded, it rests on the camera, thus reducing the risk of scratching the display. The left screen part has to be folded backwards first before the right screen, since they fold over each other. 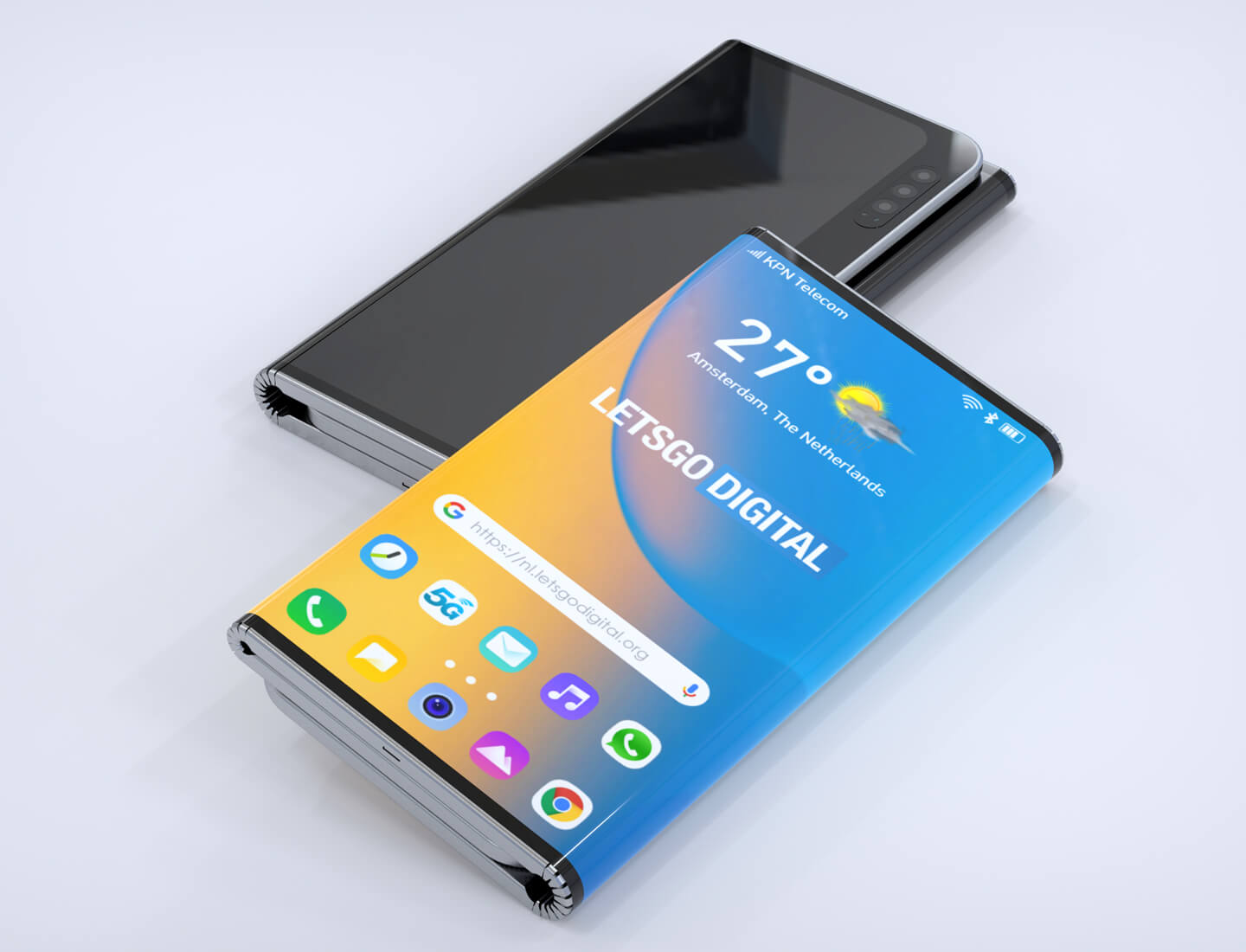 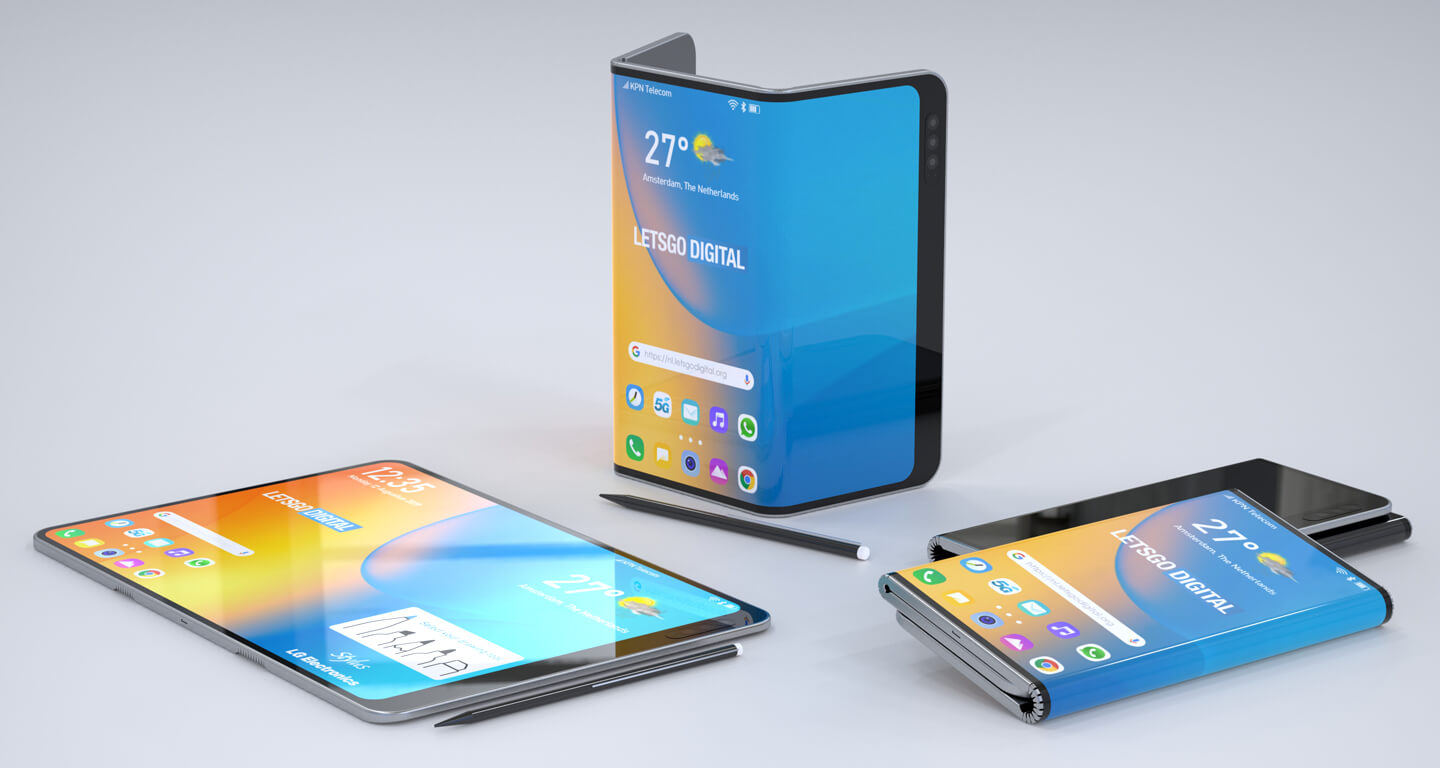 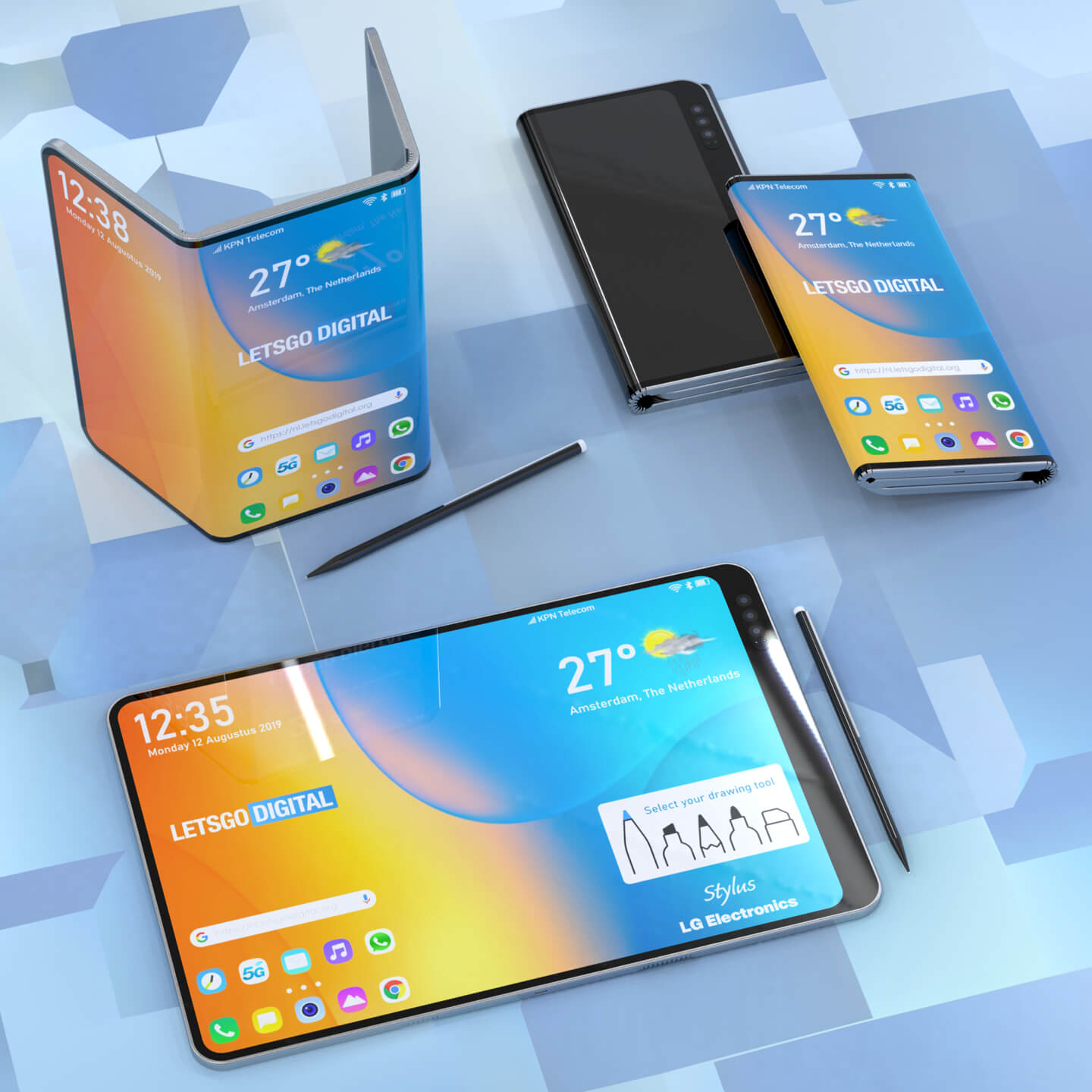 One caveat: the device becomes considerably thicker when folded, but given that it becomes a full-sized tablet in seconds, the trade off might be worth the size. Plus, it’s compatible with stylus pens.