Photo credit: LetsGoDigital
LG Electronics recently filed a patent for an ‘electronic device’ that describes a foldable mobile phone with the WIPO (World Intellectual Property Office) and USPTO (United States Patent and Trademark Office), and it was published on December 27, 2018. Simply put, when this smartphone is folded, the flexible display is on the outside and extends to the entire rear via the right-hand edges. In the middle, there’s a spring-loaded hinge that can keeps the device open when the display is fully opened. There’s no official word yet on pricing or availability, but we may catch a glimpse of it at Mobile World Congress 2019 in Barcelona next month. Read more for additional images of the patent and information. 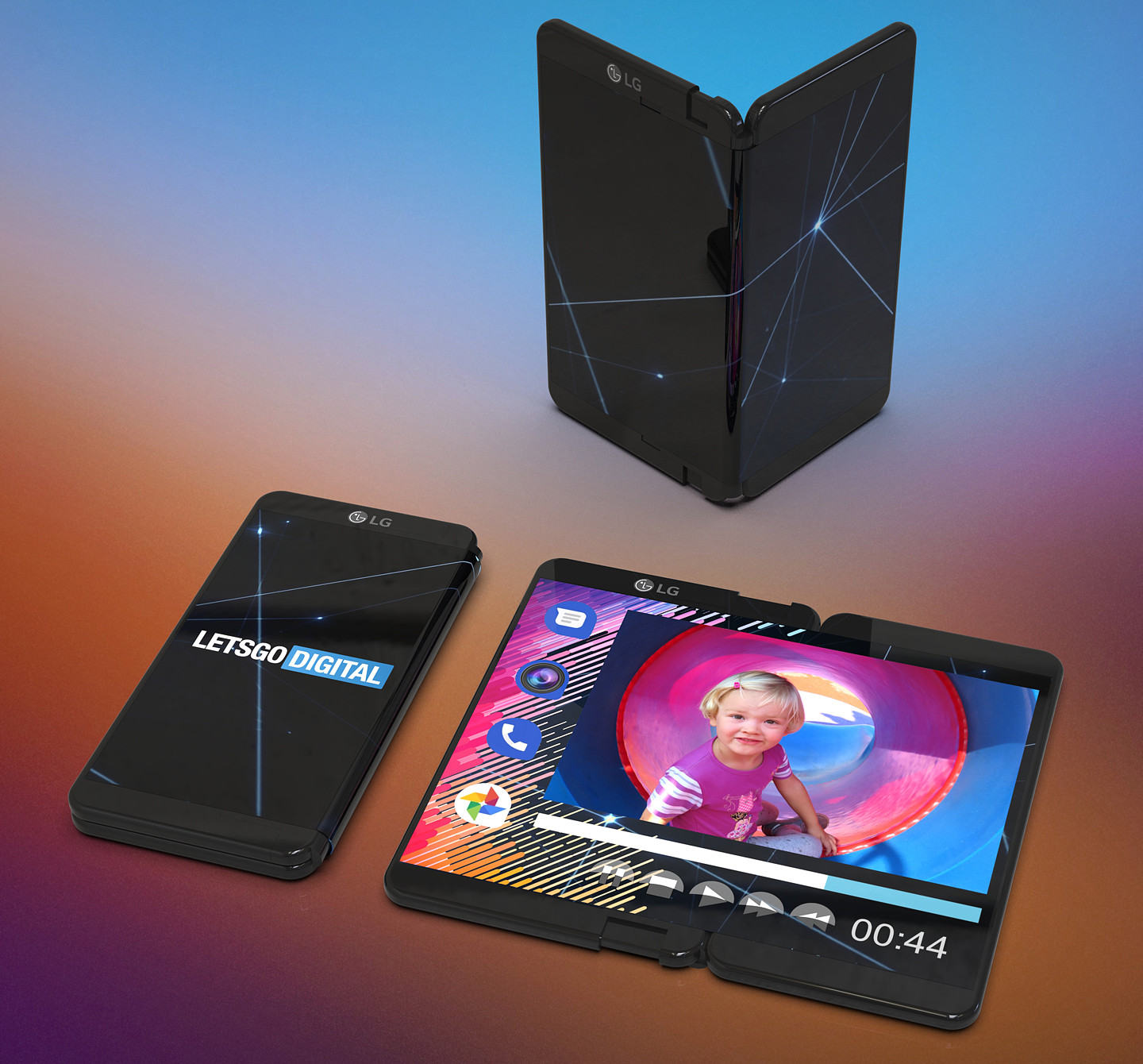 Users may also get a stylus pen to work with, while multiple cameras could be placed in a matrix setup (capable of snapping photos from different angles) or stereoscopic setup (taking photos from left to right for generating 3D-like images). 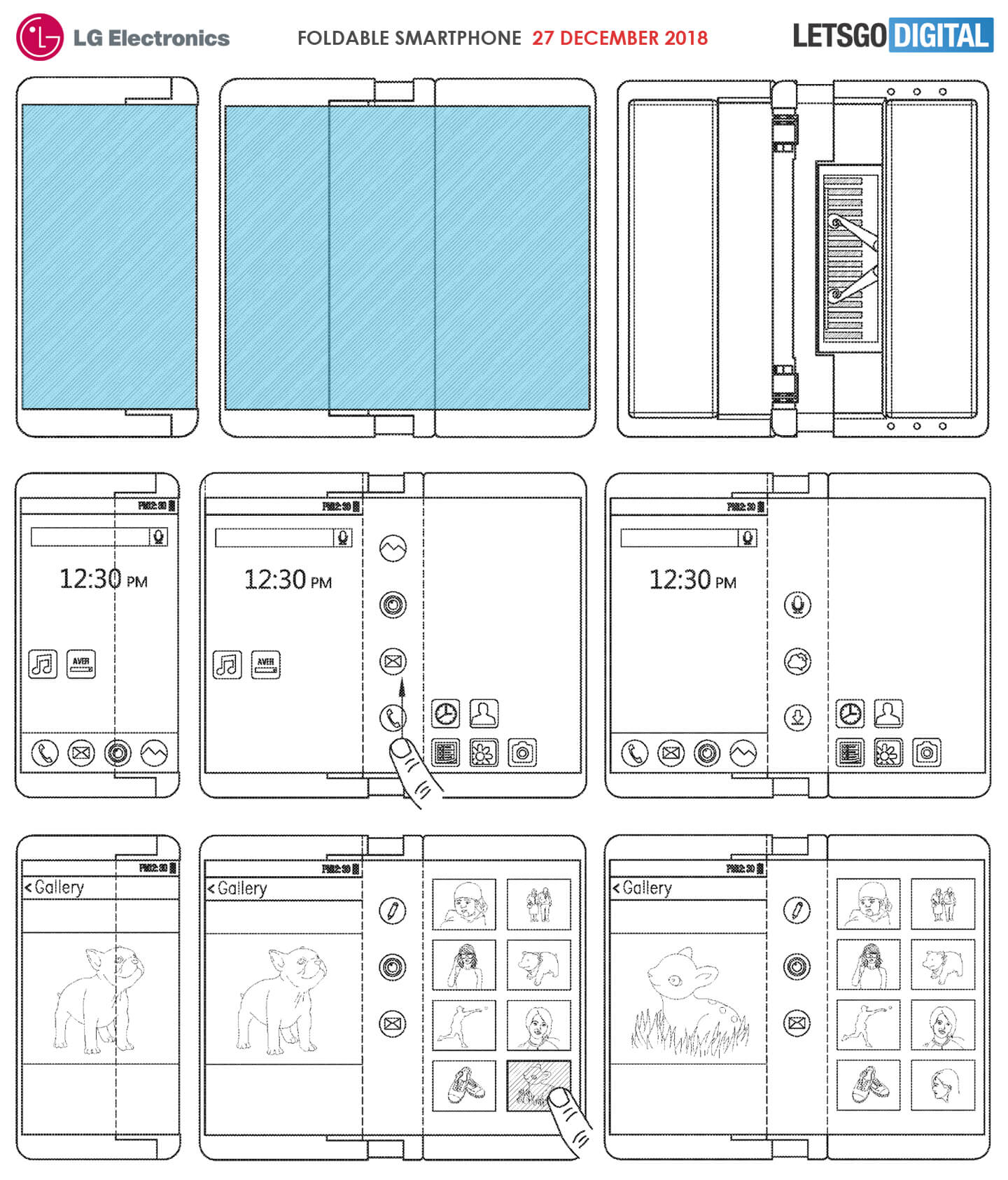 When the foldable smartphone is opened, the user interface automatically adjusts to the new orientation, and users are initially provided with two start screens. The middle section features icons of frequently used apps that users can quickly scroll through or place them however they want. Do you need want to watch a video in full screen mode? Simply tap a button and the icons move to the left side of the display