A recently uncovered patent shows that LG could be working on a rollable laptop with a flexible OLED display. The patent sketches show a device that sports a display capable of opening up to 13.3″ – 17″, and the base resembles a sound bar of when unrolled. Due to its form factor, the power button is located on its side, while the computer keyboard, along with the touchpad appears to slide or roll out from the base. Read more to see the patent and for additional information. 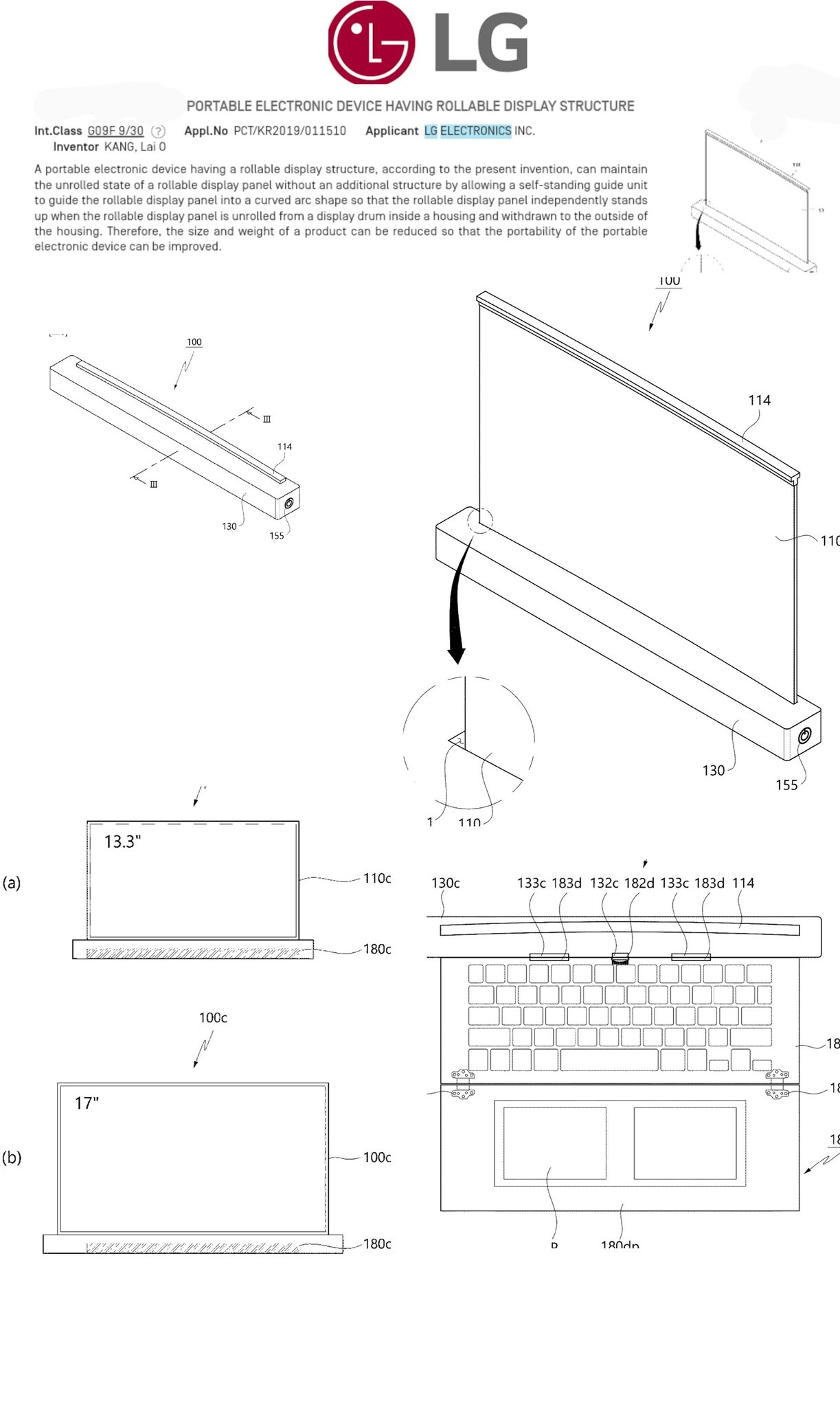 LG first unveiled an 18-inch rollable OLED display at CES 2016, and since then, have actually released a rollable television. There’s no word yet on when we’ll see a rollable laptop, but this asme technology is definitely going to be used in smartphones, and one could arrive as early as next year. LG’s device is codenamed “Project B,” and after seeing the OPPO X 2021 concept phone with a rollable OLED display, we can imagine it to be coming very soon. 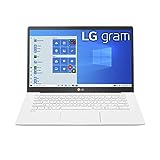 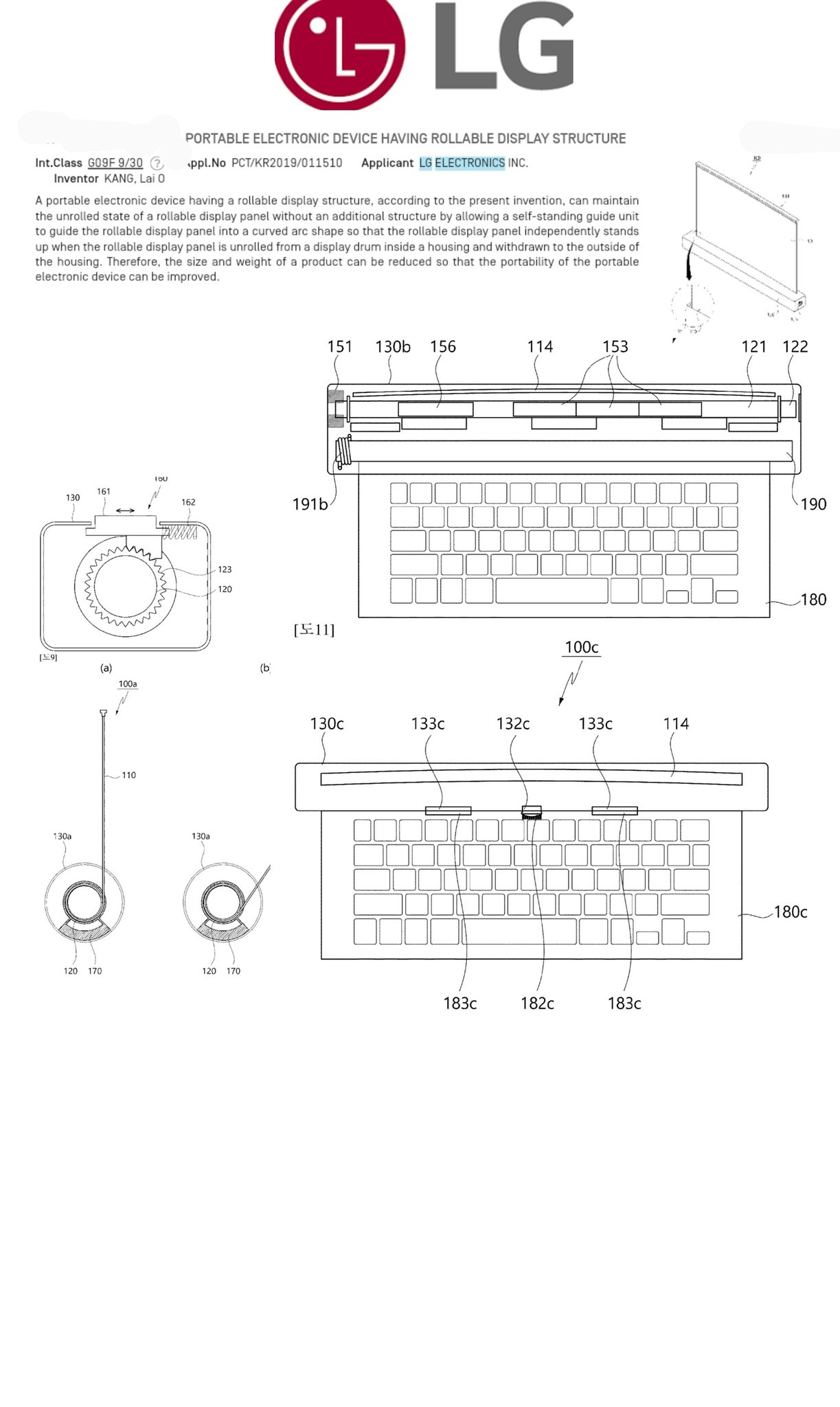