Lucid Dreamer is essentially a device programmed to detect REM sleep, or the time when dreams become more vivid, and emit low electrical impulses to help you realize that you’re dreaming, which then enable you to take control of your dreams. After having their brain stimulated two times per night, for seven nights, approximately three out of five participants became lucid the first night, one participant became lucid on the second night and one participant on the third. The number of nights with at least one lucid dream varied between participants – the maximum was five nights out of seven, and the minimum was two nights out of seven. Continue reading for more crazy products you won’t believe are real. 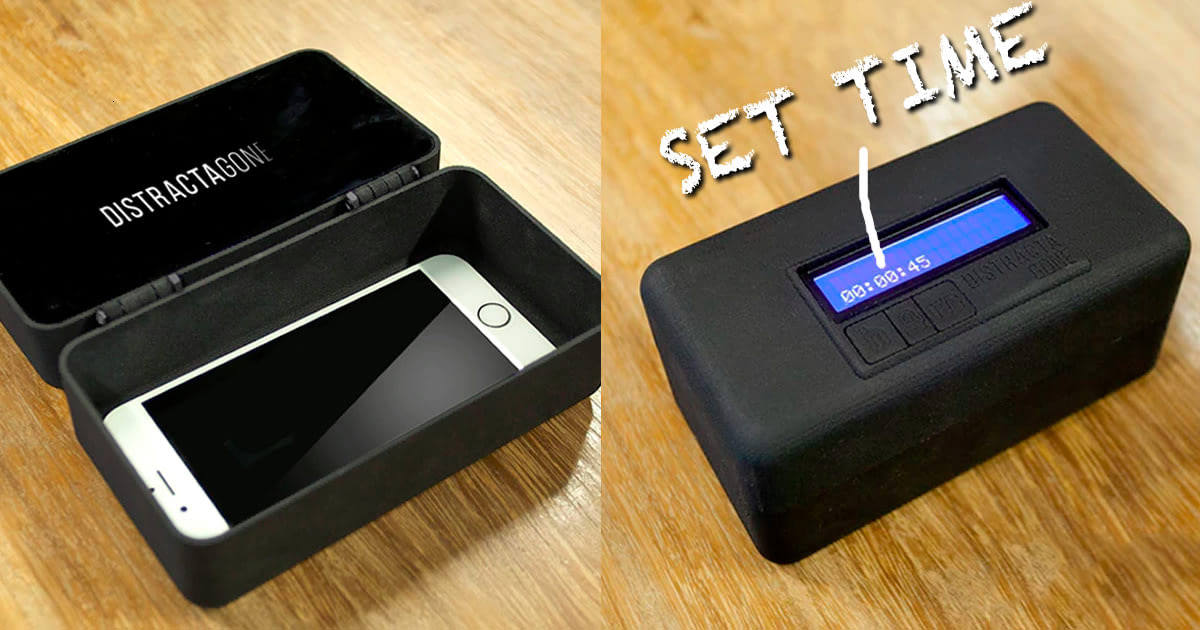 DistractaGone keeps your phone locked up in a box for a set period of time, offering you a period without constant distraction. This smart box can be used to lock up to four phones at once, and keeps them inside for as long as you decide. Simply open the lid, place the phone(s) inside, close it, set the timer, and after pressing the lock button, you’ll have five seconds to cancel, after which the only way to access the phone until the set period of time expires is to force it open.

4. TipTalk Turns Your Hand Into a Mobile Phone 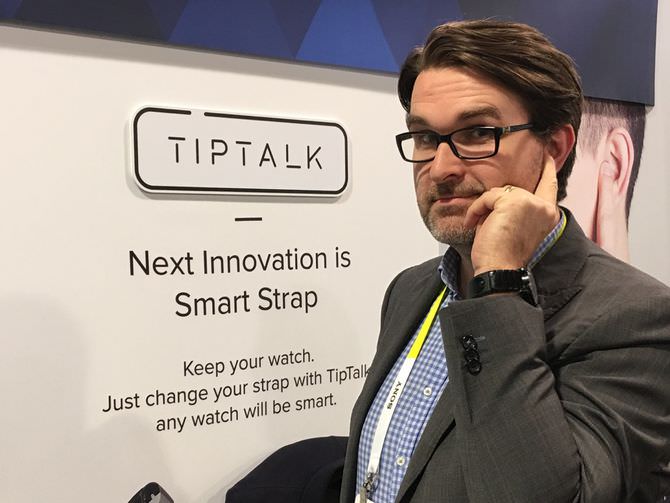 Unlike other watch straps, TipTalk can be worn by itself, with a classic watch, or any kind of smartwatch (Apple, Samsung, Pebble, etc.). Put simply, it connects to your phone via Bluetooth and using a built-in ‘body conduction unit,’ the strap sends sound through your body, allowing you to hear the caller just by touching your ear with a finger. An integrated microphone on the strap lets you have a conversation just like you would a mobile phone. It’s based on two core technologies: an actuator unit that generates a body-conductible vibration with low power consumption, and an audio algorithm that selectively amplifies voice signals with proper wavelength modulation. 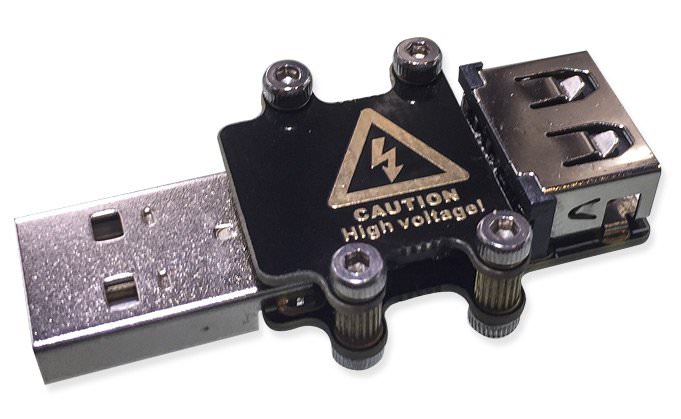 USB Killer is basically a USB stick that can toast almost any computer or mobile device in seconds by rapidly collecting power from the power and then repeatedly discharging 240V into the host device until it burns out, that is unless…you have an iPhone X. Technically speaking, each stick comes equipped with small capacitors that pull power from the USB port it’s connected to, and when it’s fully powered, the stick discharges over 200 volts of DC power to the host device multiple times per second, until the machine is fried.

2. HB Ring Lets You Feel the Heartbeat of a Loved One 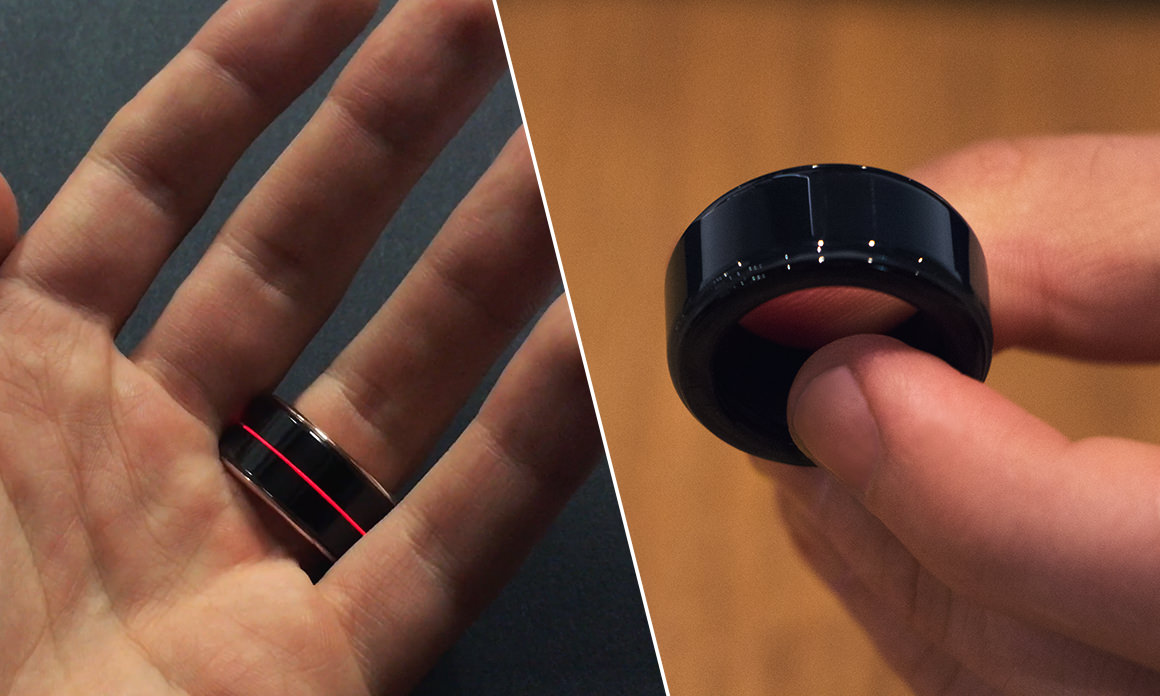 Facetime or other forms of real-time video calling is nice, but what if you could actually feel the heartbeat of a significant other or loved one? Introducing the Touch HB Ring. This device boasts a ‘heartbeat sharing’ feature that allows wearers to send and receive the rhythm of their heartbeats through the rings. Just download the companion smartphone app, pair it with the ring, add your loved one’s profile in the app, and then simply tap the ring to feel the other person’s heart rhythm on your finger. 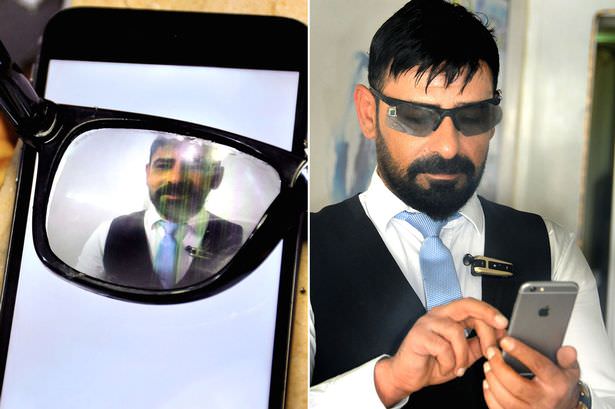 Celal Goger, a 43-year-old mobile phone repairman from the Turkish town of Bismil, Diyarbakır province, has invented special glasses that interact with a smartphone’s screen so that only the wearer can see it, acting as a privacy shield of sorts. The exact details of how it works have not yet been revealed, but many are claiming the system consists of a small chip that turns the display white, while a second chip, which can be mounted on any pair of glasses, connects to the smartphone via Blutooth, to decode the white screen.