Want a real spy gadget that agents have actually used in the field? Then look no further than this Lucky Strike Spy Camera. This particular gadget was developed for the U.S. Signal Corps between 1949-1950, and sports a f/2.7 17.5mm Sonnar-type lens that pops up at the push of a button. Each 16mm roll of film is good for 18 exposures, and works best when paired with a light meter disguised as an Ohio Safety Match Box. Click here to view more real-life spy gadgets. Continue reading for up-close shots of the Lucky Strike Spy Camera. 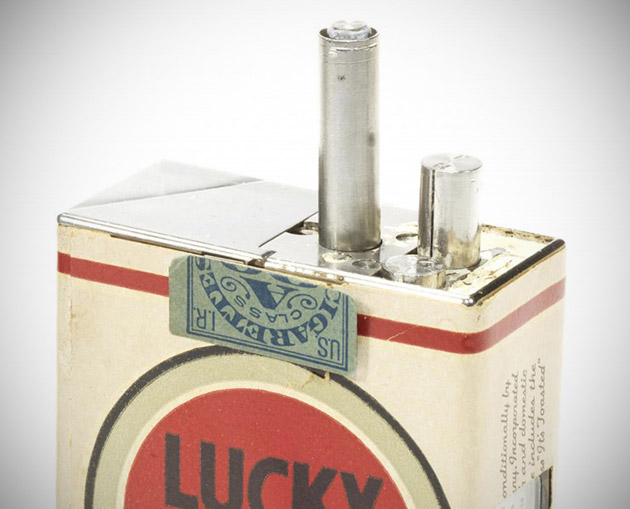 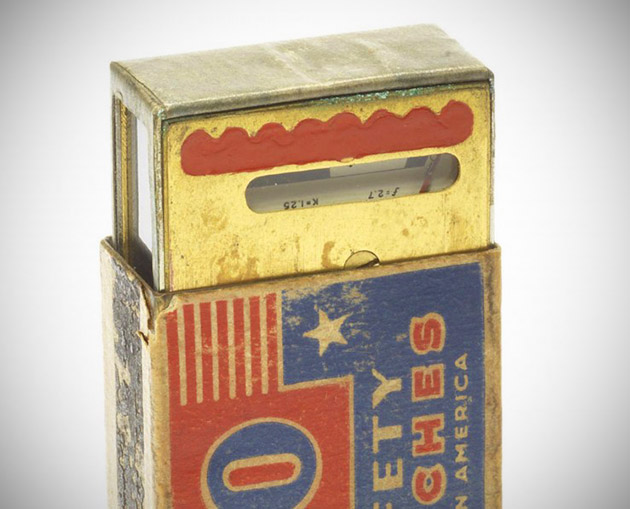 “The tech was never actually used by the army, and only two cameras of its type were made. The rare gem will go up for auction on December 3 at the Bonhams auction where it is expected to fetch between $41,000 and $65,000,” reports Hi Consumption.