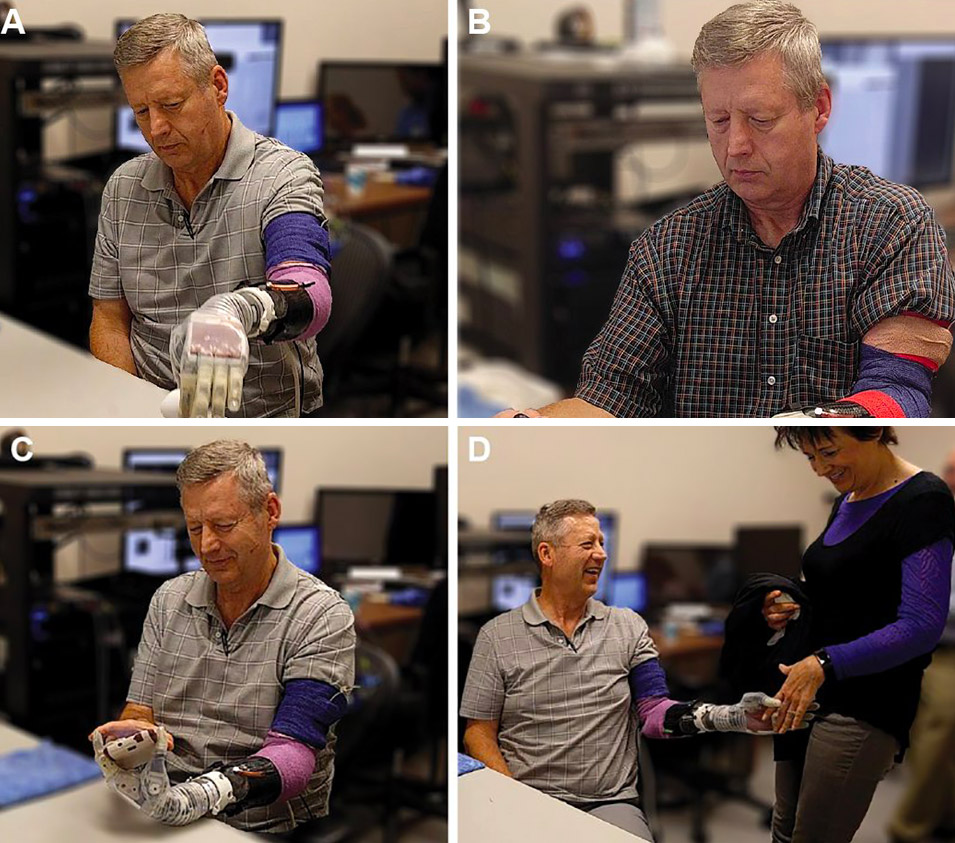 University of Utah researchers in partnership with other organizations, including Blackrock Microsystems and DEKA, have developed a Star Wars-inspired prosthetic system that will allow patients to regain their sense of touch. Officially called the “LUKE” arm, this bionic arm was given sensory feedback by using output from arm sensors to control the stimulation of sensory nerve fibers which transmit information to the brain and create the sensation of touch. To recreate that sensation, the team used electrodes connected to the inside of nerves. Read more for a video and additional information.

Those who use the bionic arm will be able to feel man different types of touch, including pressure, flutter or vibration, temperature, and pain as well as feeling the location and contraction of their muscles, even though they aren’t actually there. Plus, the motor signals from the brain also register with the LUKE.

“Traditional prosthetic hands lack sensory feedback, which makes them clumsy to control and makes them feel unnatural. The participants can feel over one hundred different locations and types of sensation coming from their missing hand,” said Gregory Clark, associate professor of biomedical engineering at the University of Utah.