When Wizards of The Coast, makers of Magic: The Gathering, was acquired by Hasbro for $325 million in 1999, we all knew that a crossover was coming sooner or later. Well, the time is now, and it’s probably not what you expected. From October 22nd through November 5th, you’ll be able to snag two bundles – a set of three silver-bordered cards for $50 ($30 goes to charity) and a $100 three play mat bundle ($80 goes to charity). Read more for a video, another picture and additional information.

The three card set includes Princess Twilight Sparkle, a double-sided card with Nightmare Moon as well as her Princess Luna alter-ego, and Rarity. If you play Magic: The Gathering Arena, digital sleeves will also be available between October 28th through November 2nd for $3.99. Want a shot at getting The Ponies: The Galloping promotional set? Make sure head to HasbroPulse.com on October 22nd, as supplies may run out quickly. 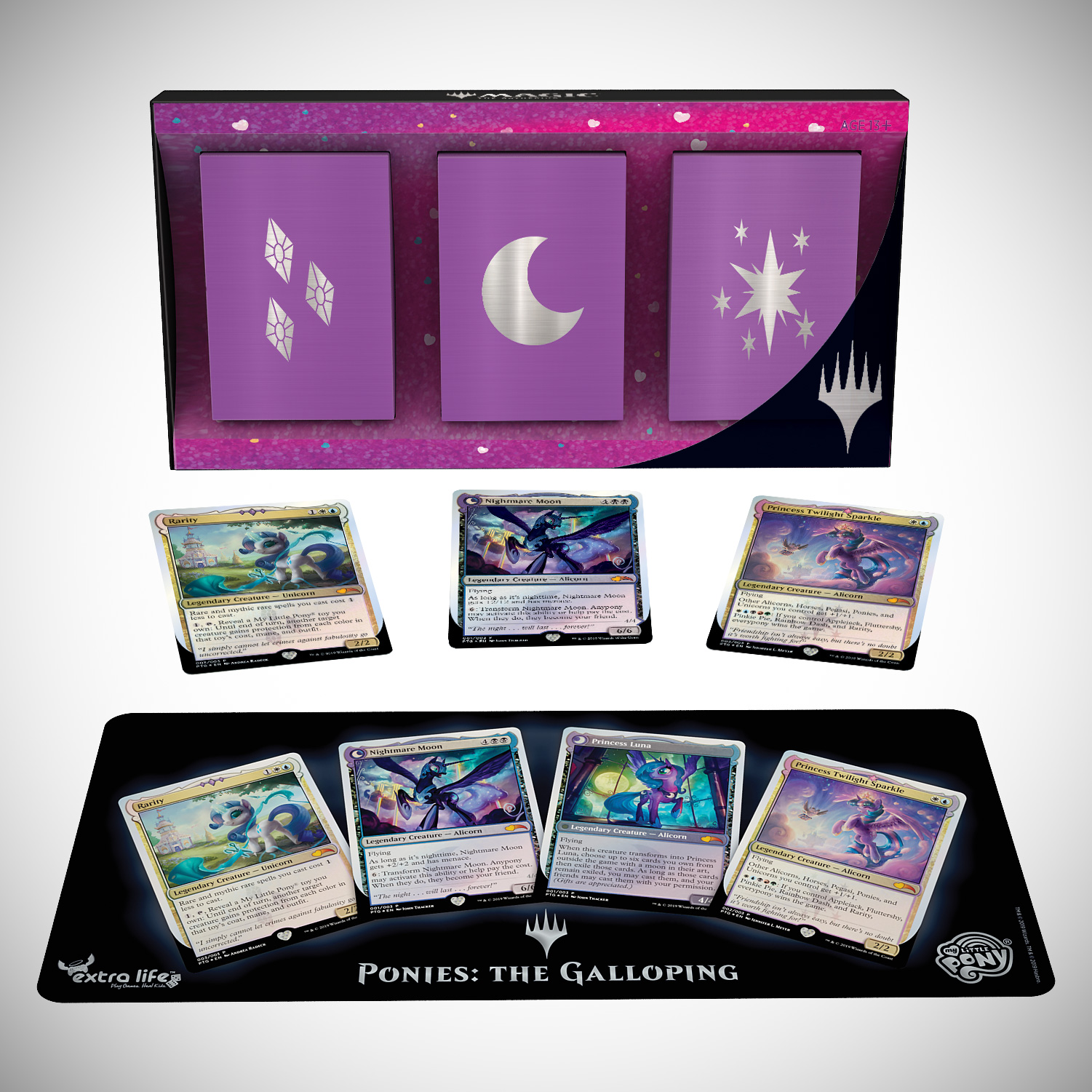