Photo credit: English Russia
A motorcycle enthusiast from Yekaterinburg, Russia decided to build a Fallout-inspired “Crazy Bike” this past summer, and it’s a doozy. The idea first came to him when he saw a V8-powered bike from a US-based builder, but didn’t quite like how it looked. “It’s a 300 hp engine…we wanted our bike to be really nice, but we also had to put it in in a way that doesn’t make the bike longer than 3 meters to stay road legal,” said its creator. Read more for additional pictures and information. 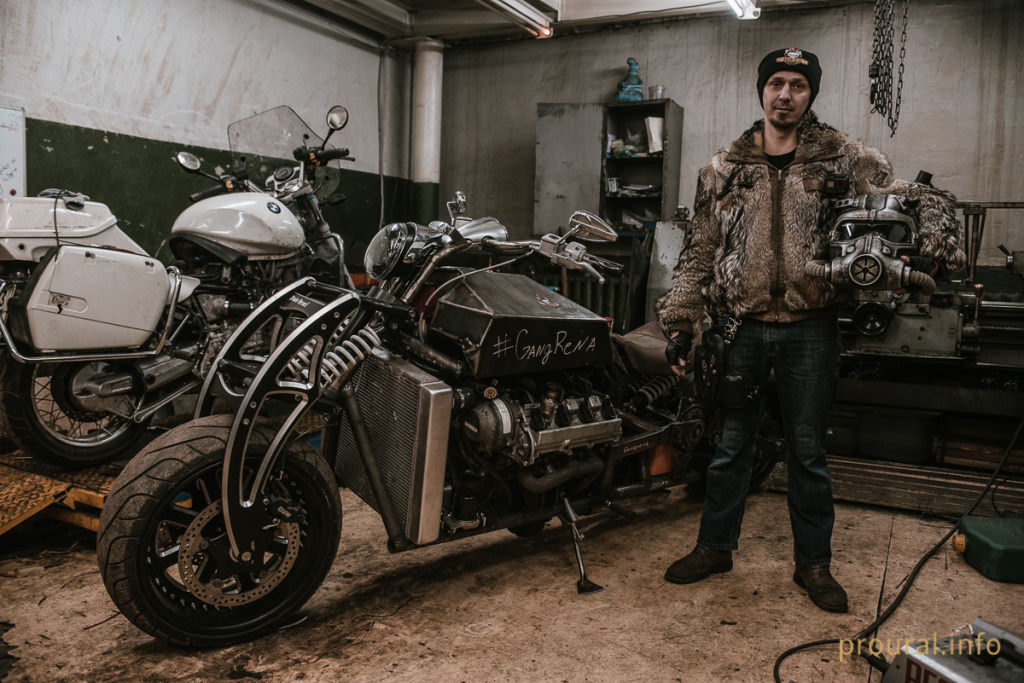 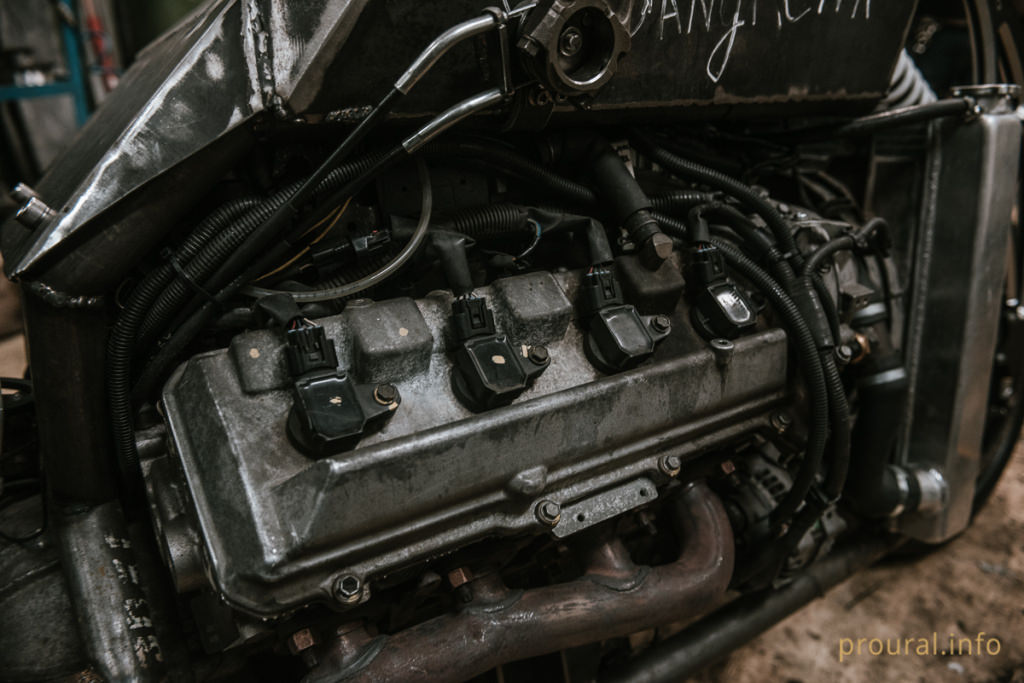 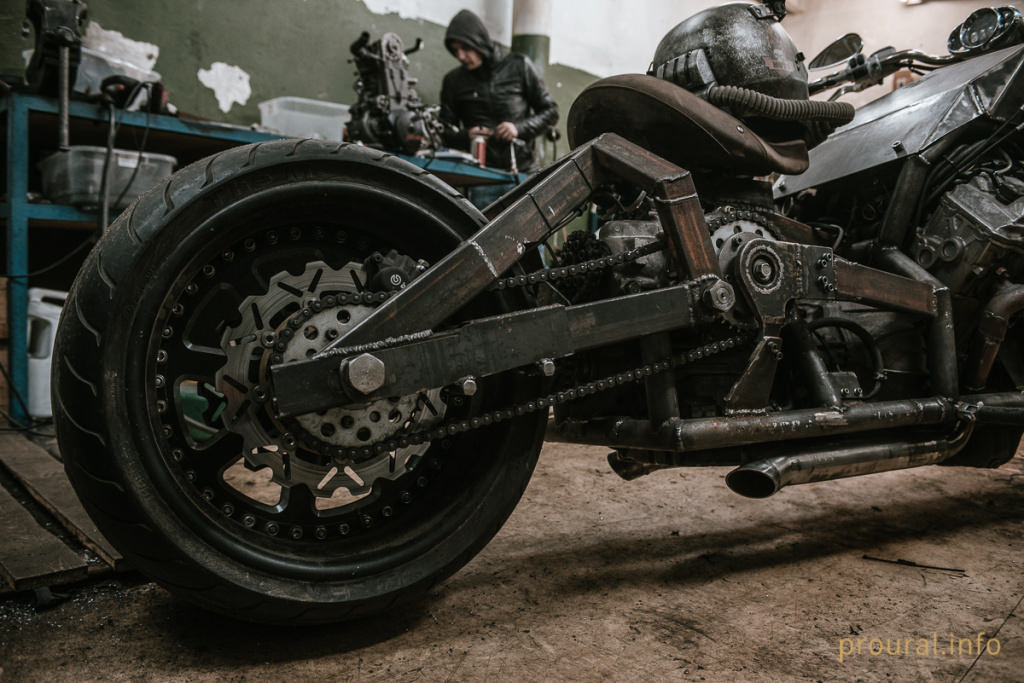 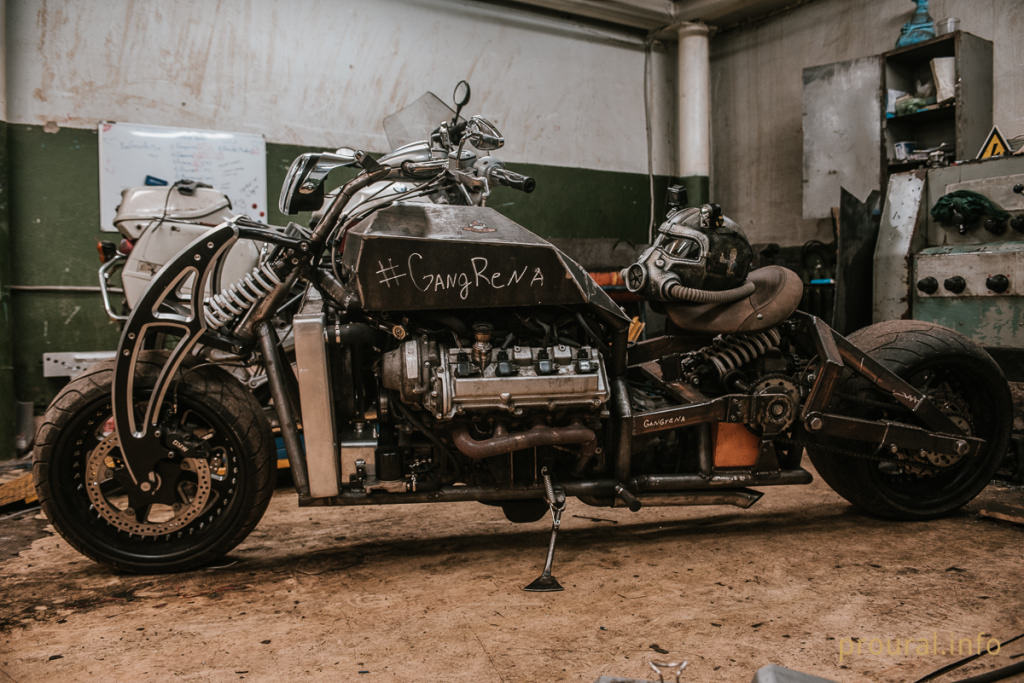 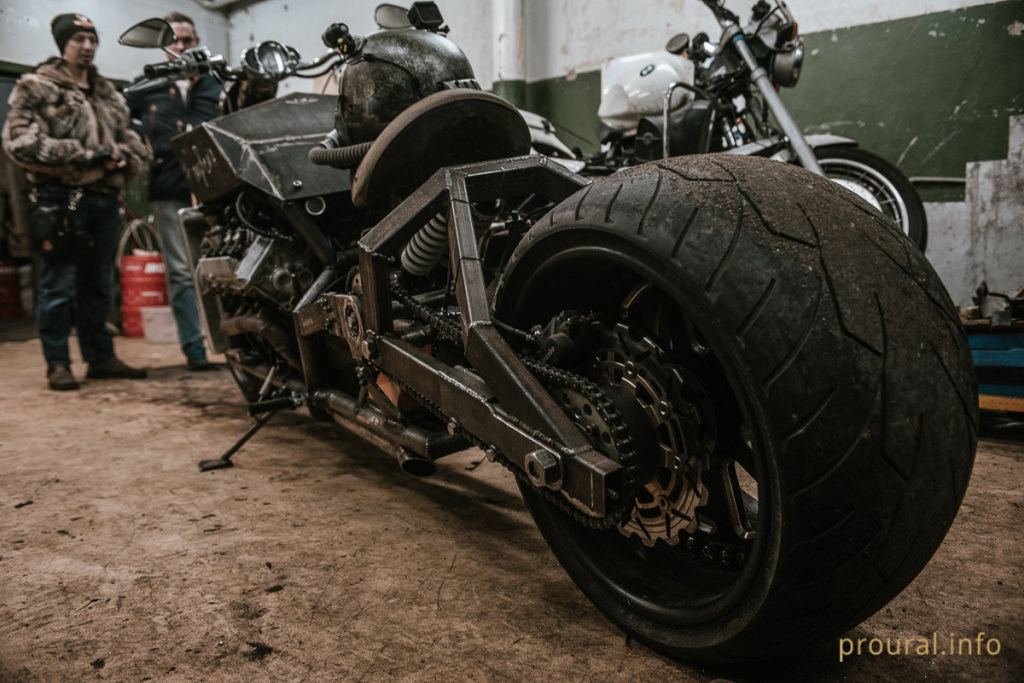 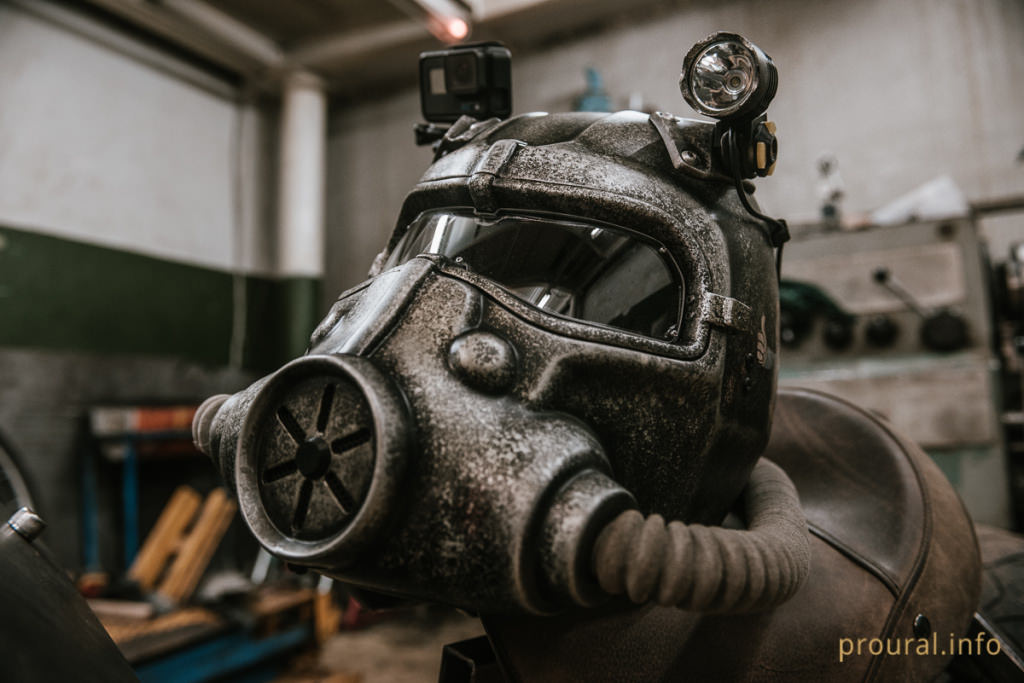 This massive 1,764-pound bike boasts a large rear wheel that measures over 1’ 3″ wide, and it has two chains coming from the engine, one on each side of the wheel, to keep it from twisting. How do people react? Well, he says admiring fans always come up to him to take a photo, and to top it off, the police haven’t stopped him yet. Next summer, he’s planning an Ufa to Vladivostok (Russian Far East, over 5000km) trip on the bike.