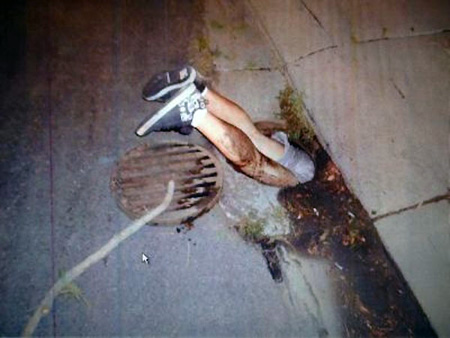 The guy says that rather than going to his buddies house he opted to climb into the drain to retrieve his phone and call for help.