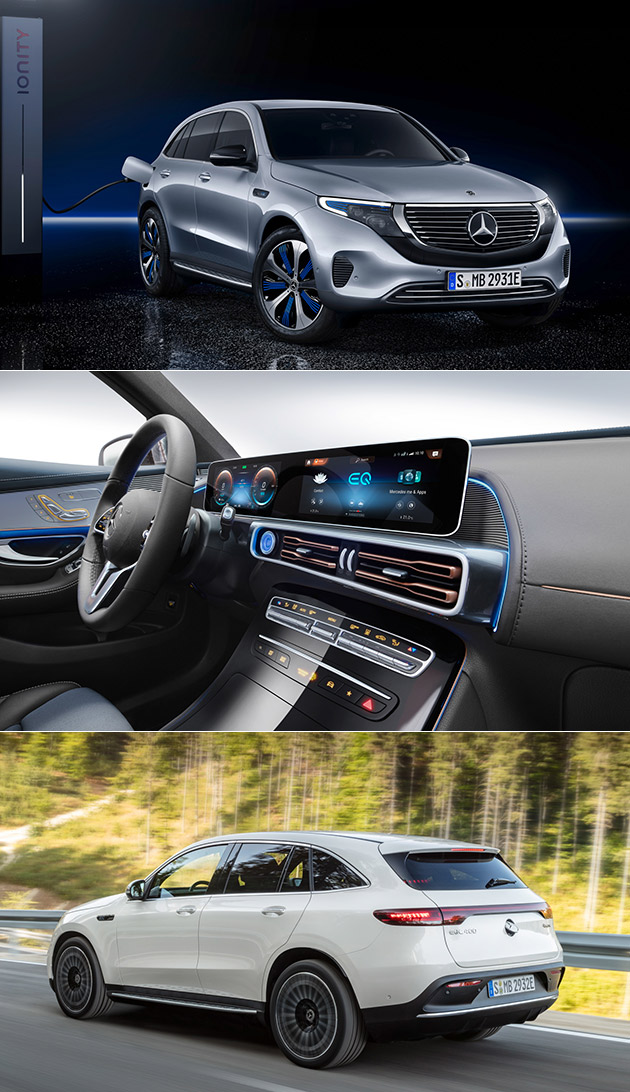 Tesla’s Model X will have some competition when the Mercedes-Benz EQC (also known as the EQC 400 4Matic) hits US shores in 2020. This all-wheel-drive EV boasts two motors that produce a combined output of 402 horsepower and 564 foot-pounds of torque, good for a 0-60 time of 4.9-seconds. Power comes from an 80kWh battery pack located under the floor of the vehicle, and it supports DC fast charging to boot, enabling the vehicle to charge from 10 percent to 90 percent in about 40 minutes with a 110 kW power source. Continue reading for another video, more pictures and information. 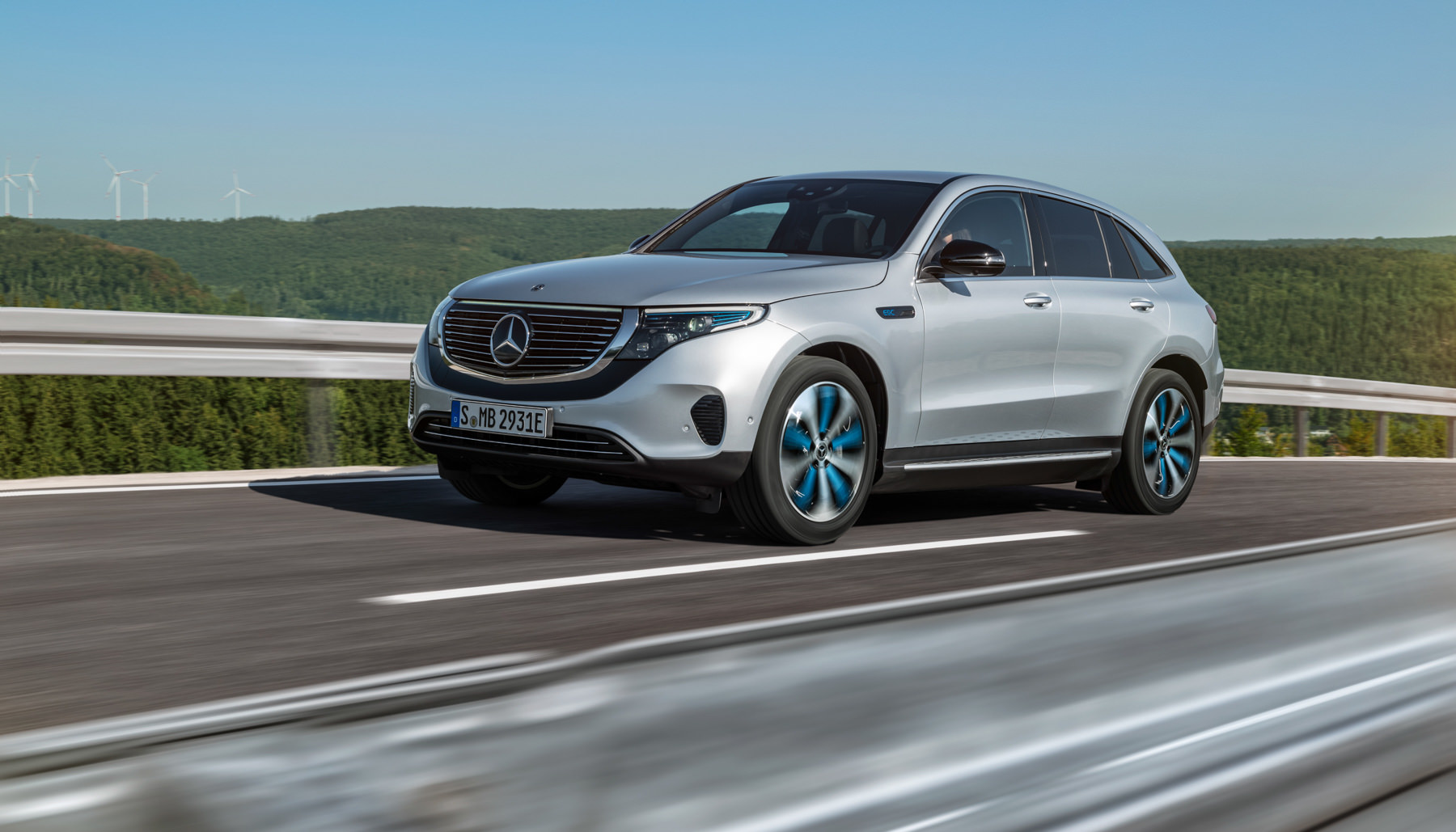 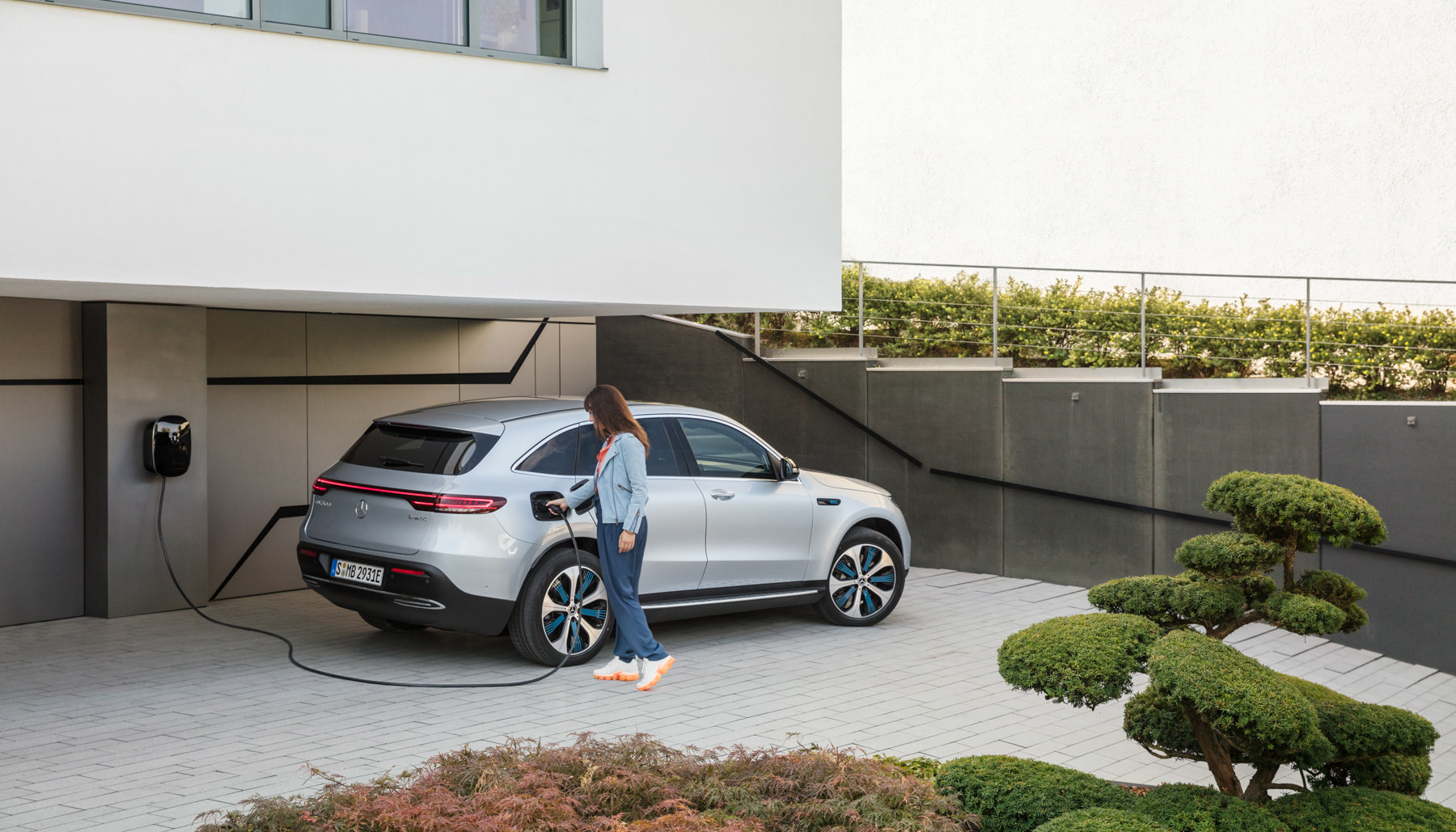 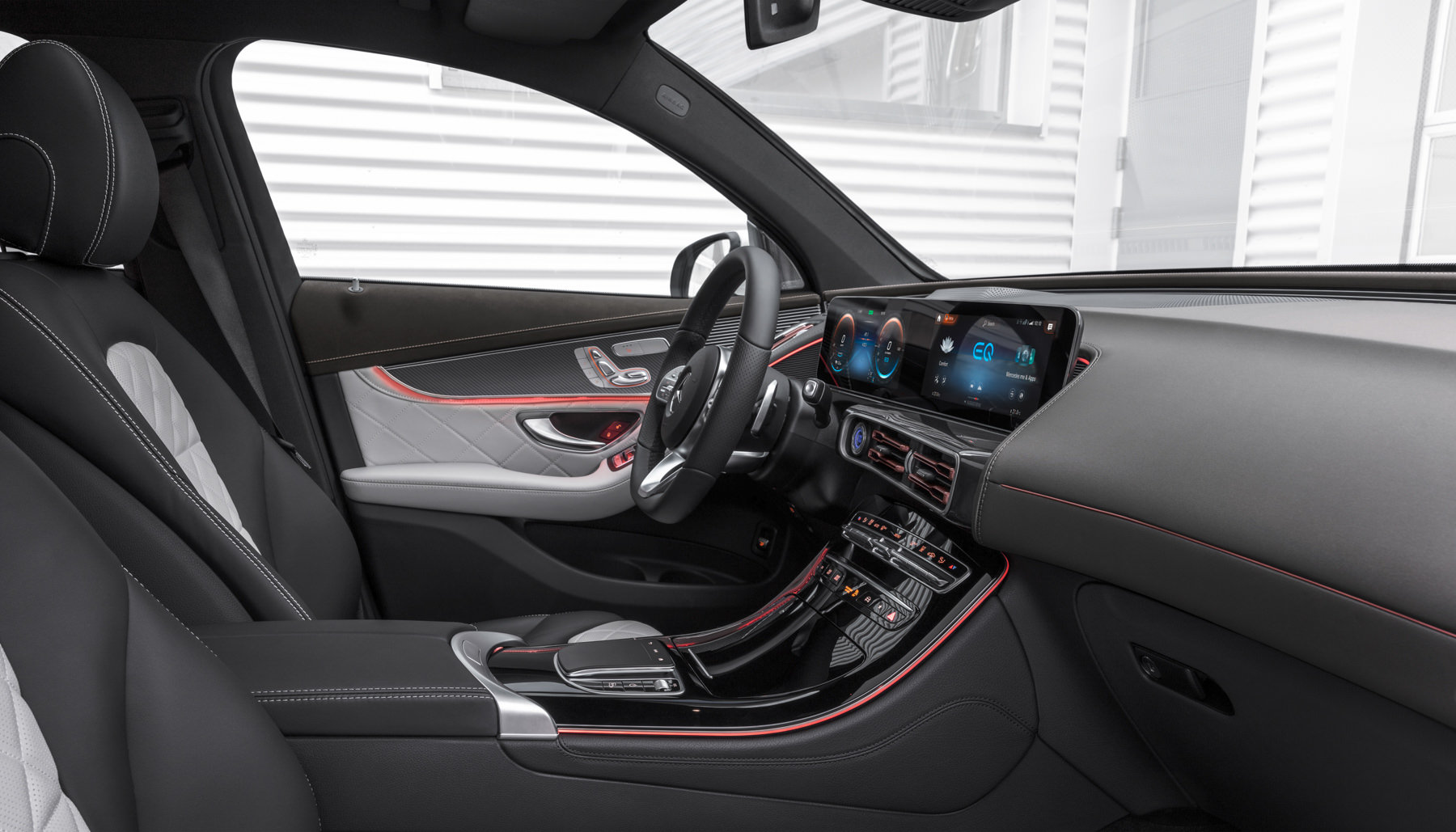 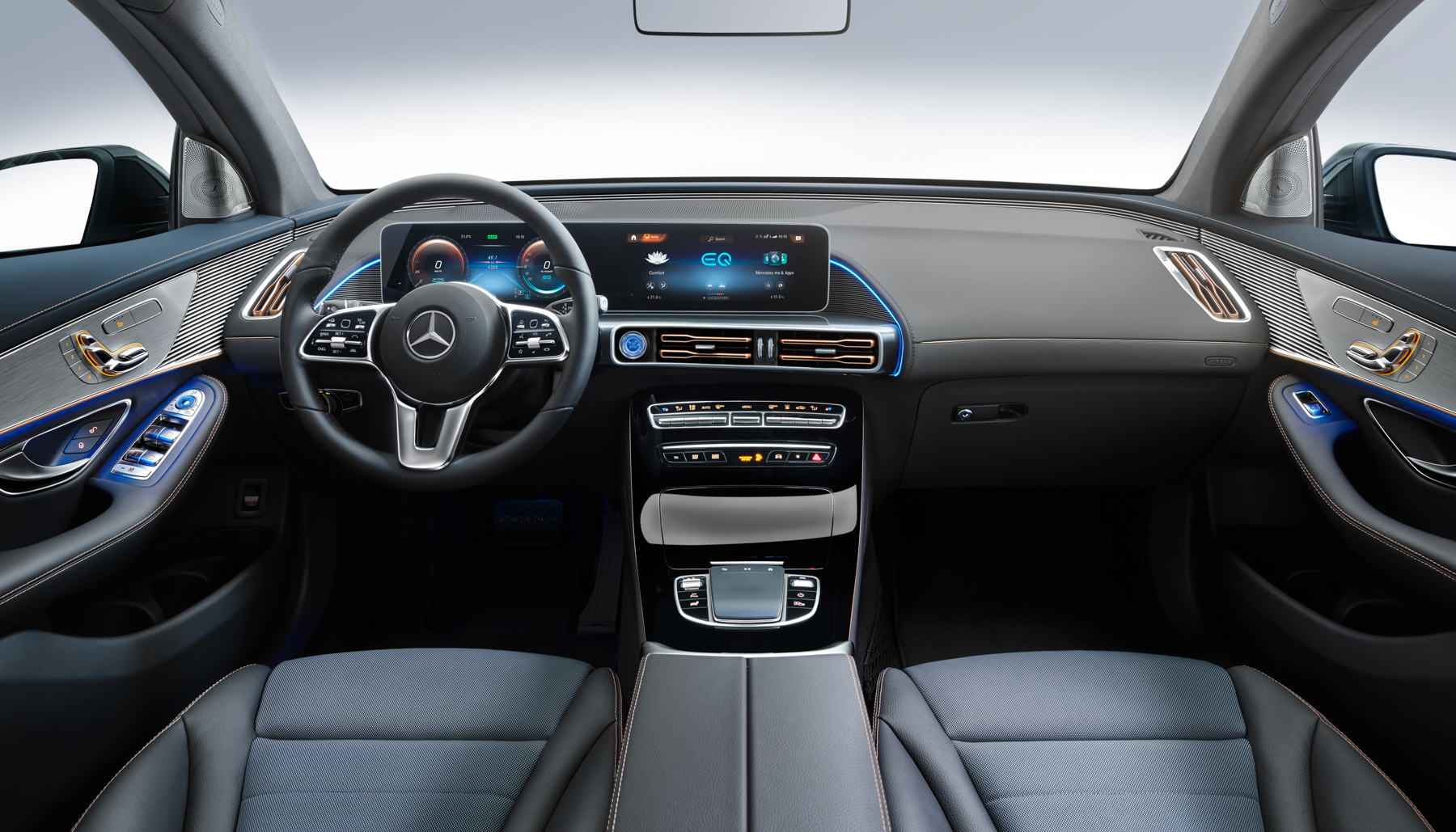 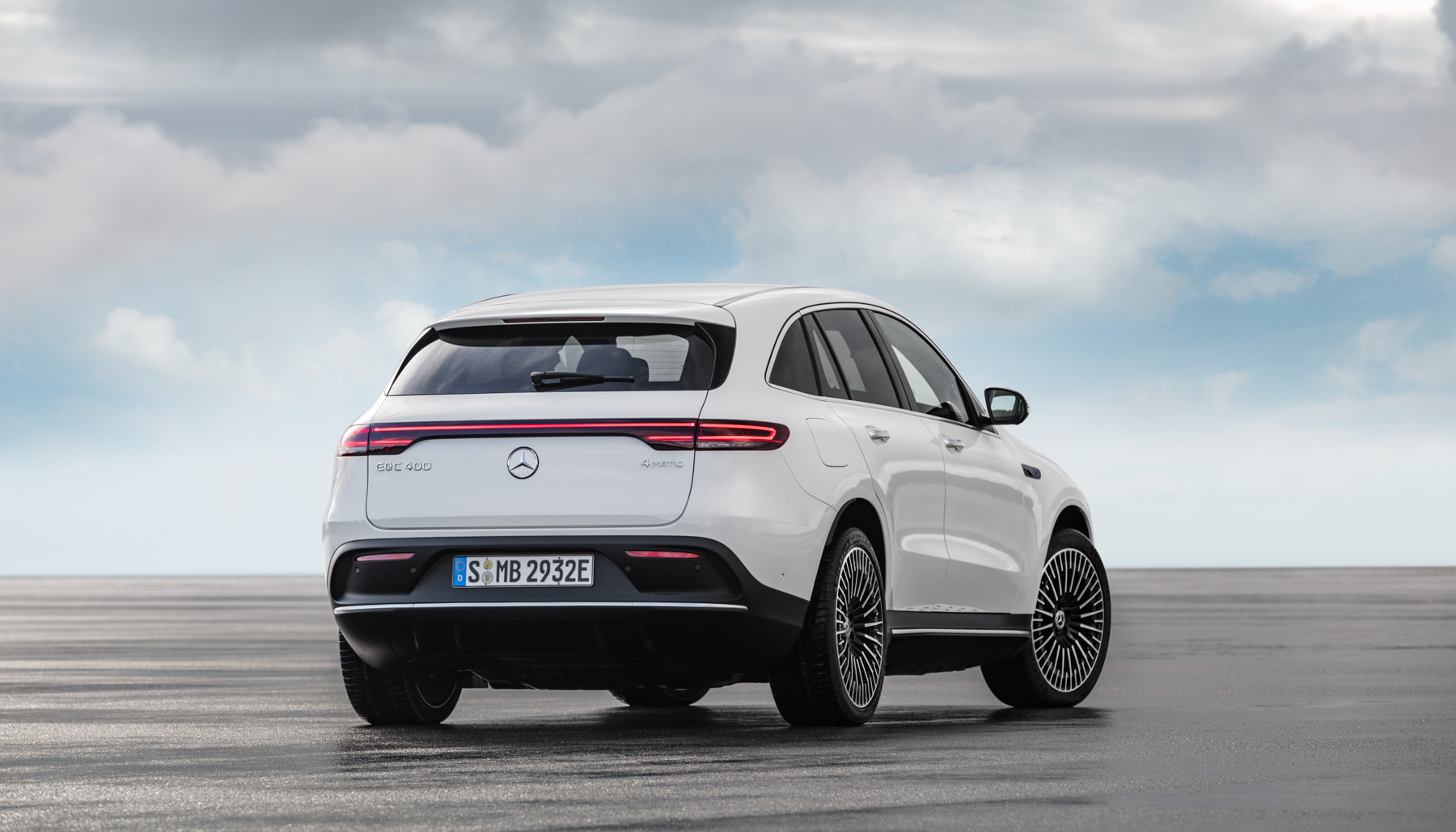 “With a range of approximately of 200 miles, it’s not going to unseat offerings from other automakers for how long it can stay on the road before plugging in, but it does deliver on the luxury you would expect from Mercedes. While the exterior looks a bit like futuristic GLC, the interior goes full future with rose-gold accents and dual10.25-inch displays (one for the instrument cluster, the other for media) behind a single piece of glass that floats ahead of the dash,” according to Engadget.