Photo credit: Windows Central
We’re just hour away from the official reveal, but a couple of images of Microsoft’s upcoming HoloLens 2 headset have leaked ahead of the company’s Mobile World Congress 2019 press event. This latest model replaces the second head mount that keeps the device in-place on your head and insteand only uses an adjustable band that wraps around the sides of your head, similar to other Windows Mixed Reality headsets available now. HoloLens 2 will also reportedly be Microsoft’s first Windows on ARM device, powered by a Snapdragon 850 processor. Read more for another image and additional information. 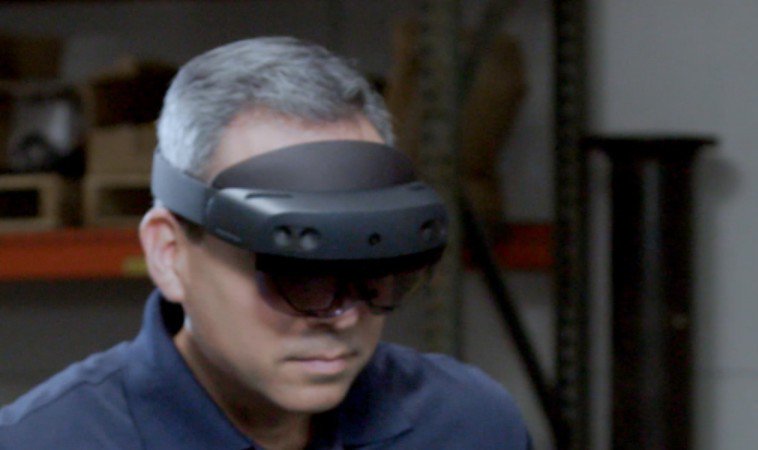 “In one of the images, a person is shown to be selecting a button with their finger, suggesting HoloLens 2 will feature more advanced hand-tracking. There’s still no confirmation on specifications or price, but we do know that HoloLens 2, just like Surface Hub 2X, will ship with Windows Core OS, but with a UI that’s built for holographic computing,” reports Windows Central.