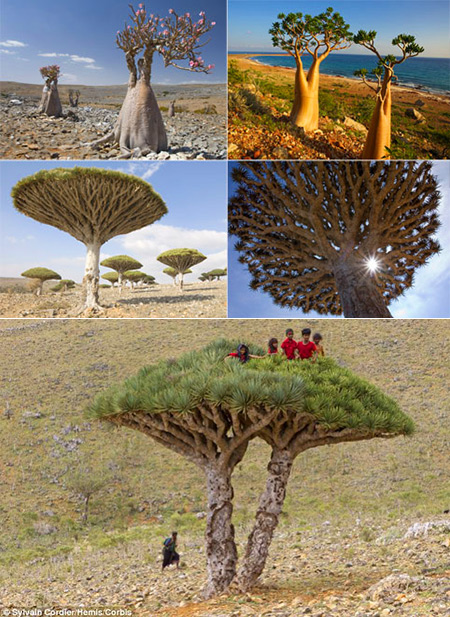 Socotra Island is home to 800 rare species of flora and fauna, and a third of the species found on here are endemic and cannot be seen anywhere else on Earth. Coolest of all, the plants on Socotra have evolved to suit its hostile climate and some varieties of plant are a staggering 20 million years. Continue reading for two videos and more information.

Socotra has a tropical desert and semi-desert climate with an average temperature of 25⪚C and hardly any rain.

The island is one of the most remote places on Earth of continental origin and was once part of the super continent of Gondwana, which detached during the Miocene.

The distinctive dragon’s blood tree (Dracaena cinnabari) with its dense umbrella-shaped canopy was used in medieval magic as its red, blood-coloured resin could be used for medicines and dyes, while the desert rose has an interesting bulbous trunk.

20 Fun Ideas and Life Hacks That Geeky Parents Would Love