If the price is right, you’ll be able to get your hands on the original Apollo 11 mission used by NASA astronauts Neil Armstrong and Buzz Aldrin. This historic piece of space memorabilia heads to Christie’s auctions in July. Officially called the ‘Lunar Module Timeline Book’, it was one of the most important components of the historic lunar landing on July 20, 1969. It’s estimated to fetch between $7 – $9 million at Christie’ ‘One Giant Leap: Celebrating Space Exploration 50 Years after Apollo 11’ sale on July 18 in New York. Read more for additional pictures and information.

Buzz Aldrin had written Eagle’s coordinates in the Sea of Tranquility on page 10 of the book, which also marks the first writing by a human being on a celestial body other than Earth. 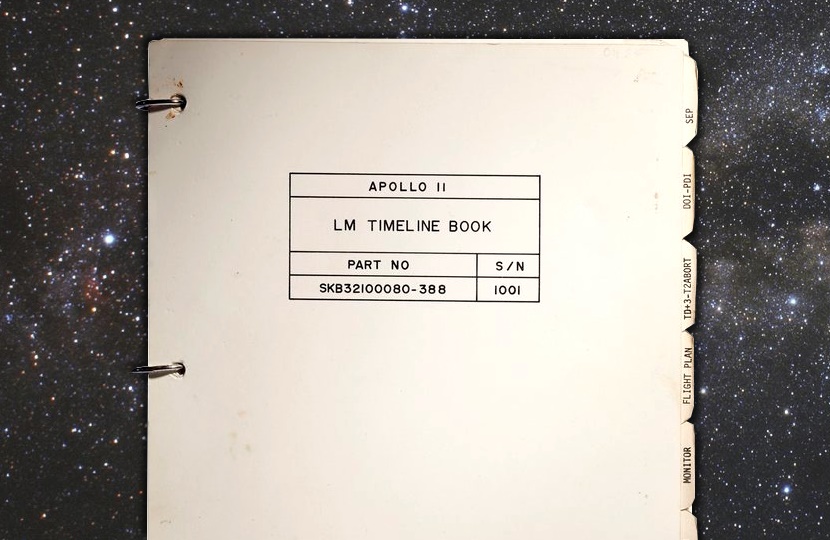 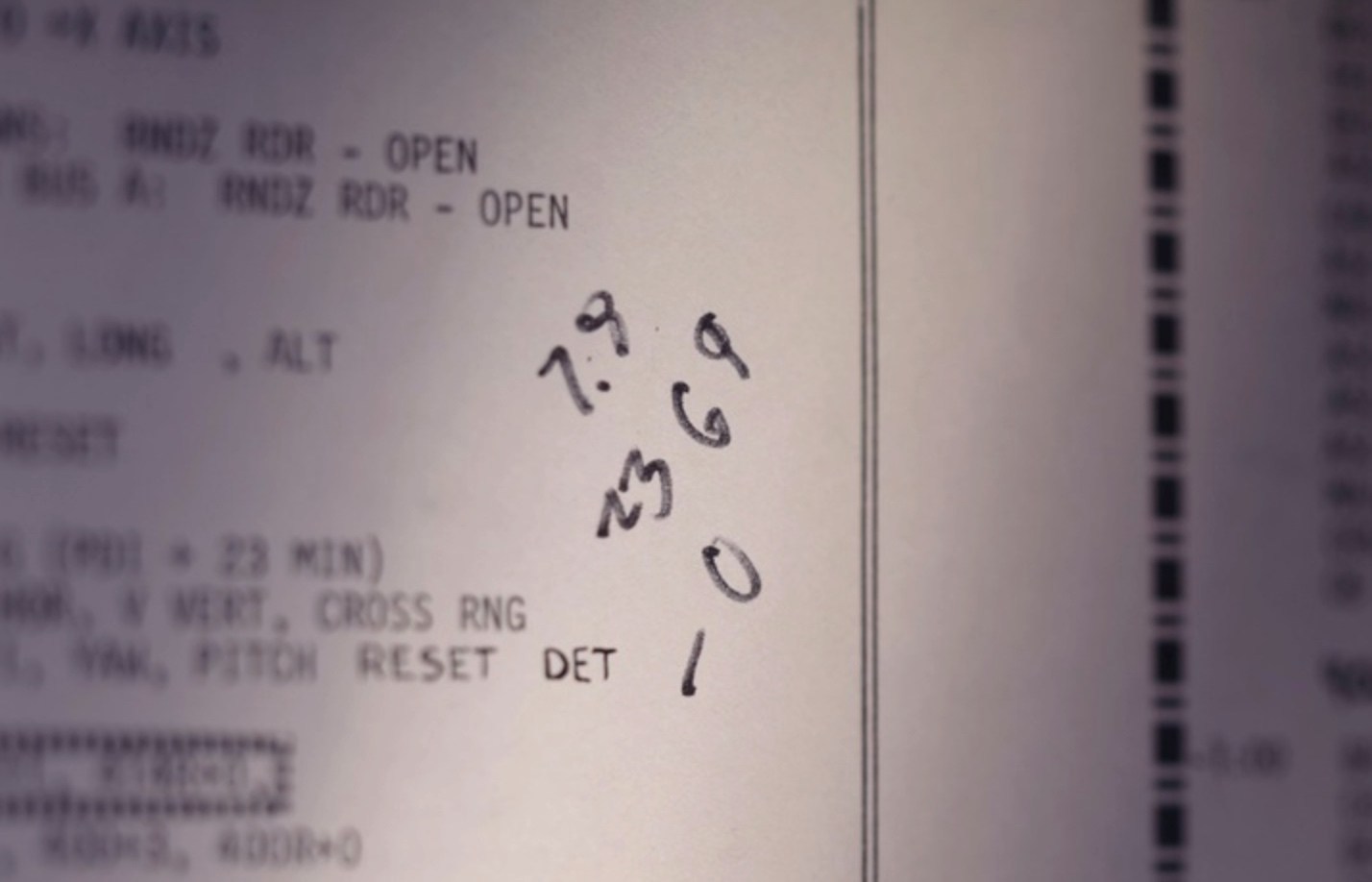 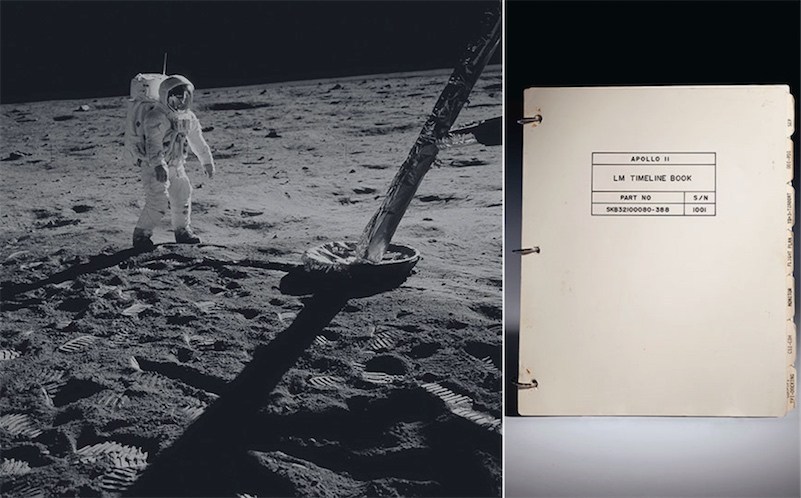 “The Timeline Book narrates the entire Eagle voyage from inspection, undocking, lunar surface descent and ascent, to the rendezvous with Michael Collins aboard the Command Module in lunar orbit. The book contains nearly 150 annotations and completion checkmarks made in real-time by Aldrin and Armstrong. Traces of what appears to be lunar dust are on the transfer list pages that detail the movement of lunar rock samples and equipment from Eagle to Columbia,” according to Christie’s.